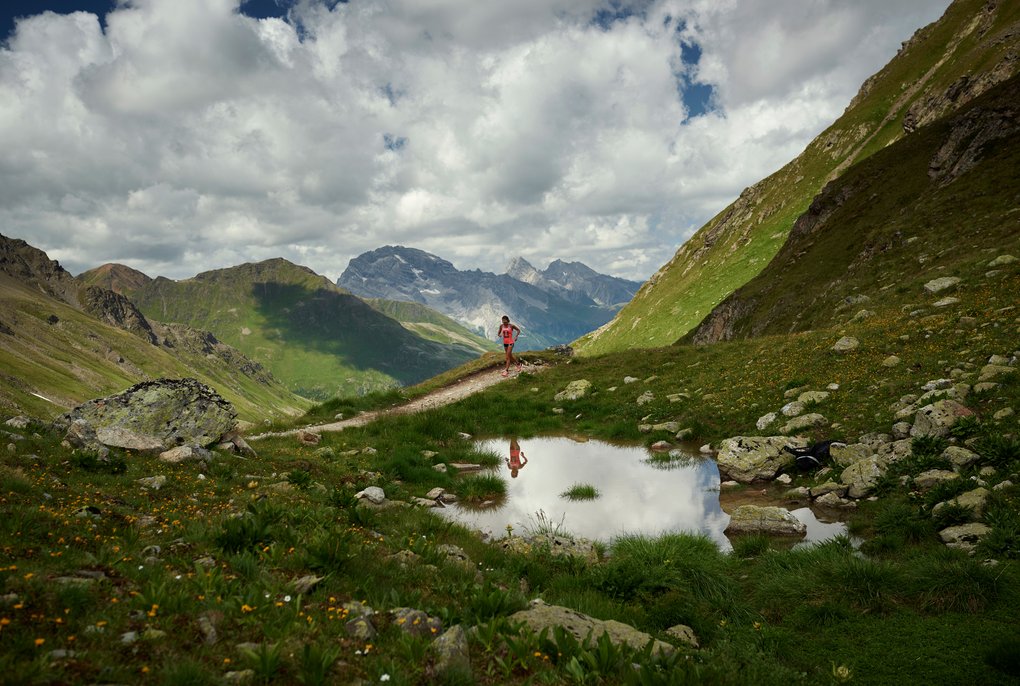 “This race will not succeed,” was the initial response to the idea of Andrea Tuffli, a former runner himself, of bringing a competition like the swissalpine marathon to Davos Klosters. 30 years later, participants from all corners of the world are eagerly waiting for the starting signal to master some of the most beautiful trails the Swiss Alps have to offer.

It is six o’clock in the morning when we arrive at the sports center in Davos Klosters bustling with 5000 runners getting ready for the swissalpine marathon. Despite the early morning hours the atmosphere is charged with excitement. For many it is the first time, but there are familiar smiling faces such as the local heroine Jasmin Nunige who has run and won this marathon several times already. The initial clouds give way to sunshine, which makes for an even more spectacular day. The Best of the Alps team follows the participants of more than 70 nations as they head across aromatic pastures and historic sights. Some of the highlights include the magnificent Zügenschlucht valley with its beautiful 88 meter high limestone Wiesner Viaduct (built in 1906), where trains still run to this day. The inauguration of the Rhaetian Railway is said to be partly due to Davos Klosters becoming a famous spa for its exceptional mountain air at 1560 metres. Amongst some of the famous guests residing in Davos Klosters were the wife of writer Thomas Mann who was inspired by the mountains and the place for his novel The Magic Mountain.

Exploring history and architecture along the way

The swissalpine offers several trails and categories suitable for beginners, amateurs and everyone who is up for pushing their limits.
The most challenging one being the K78 trail where more than 900 runners attempt 76.1 kilometers at 2560 metres above sea level. While we drive up to the quaint mountain village of Monstein, just a mere 10 minutes ahead of the fastest runners, we get a quick glimpse of the architecture of this ancient village established by the Walser settlers. Its sturdy wooden cottages are famous for being built without nails - they introduced a system of interlocking beam construction. Just as we start heading back down the one main road, the crowd is wildly cheering for Dmitrii Tcyganov, from St. Petersburg, and Vajin Armstrong, from New Zealand, who are leading the pack. As impressive as the views across the Swiss Alps are, so is the support of the numerous spectators, both foreign and local. People are also gathering in droves throughout the beautiful village of Bergün, our next stop from which the runners of the K78, T78 (initiated for the 30th anniversary) and the K42 trails make their way up to Keschhütte, the chalet at the foot of Piz Kesch and further on through the Sertig valley. From the chirpy moderator entertaining the crowd we learn that for the last 30 years more than 91,000 participants from 106 nations have run a total amount of 3,957,898 million kilometres - and consumed more than 132,205 bananas! 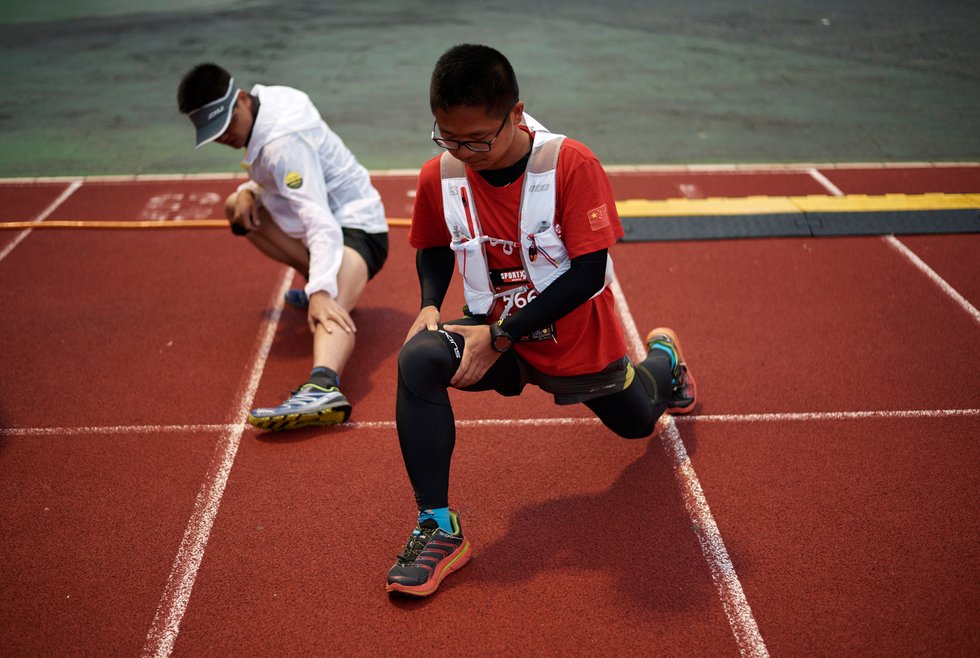 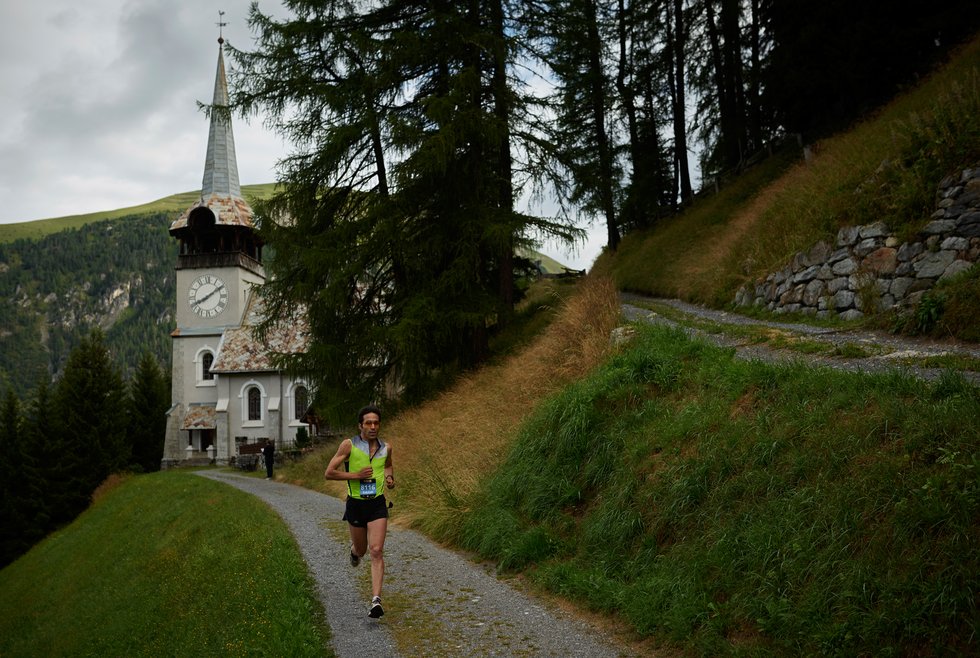 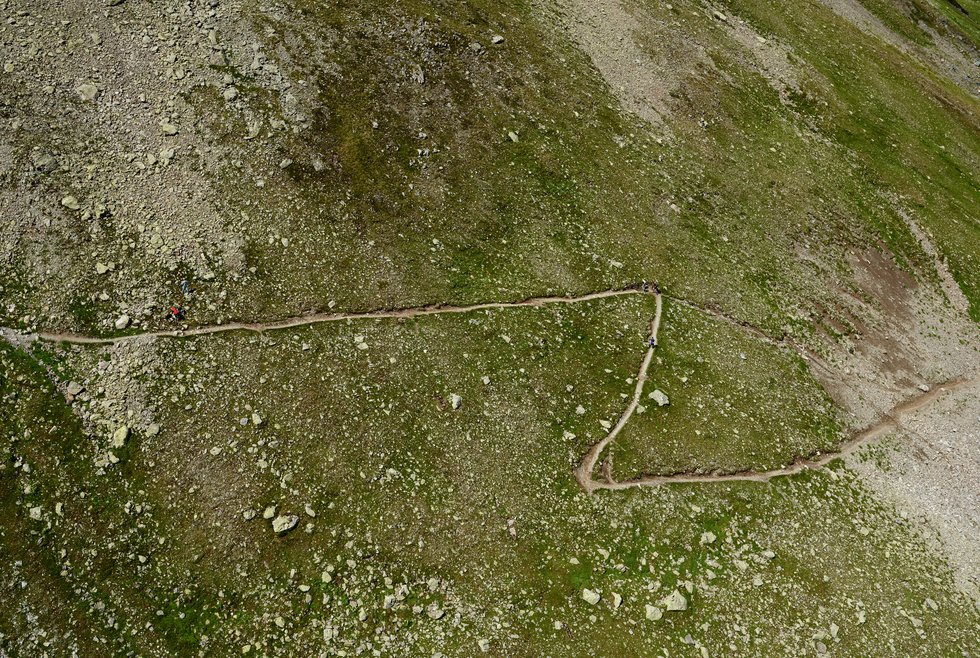 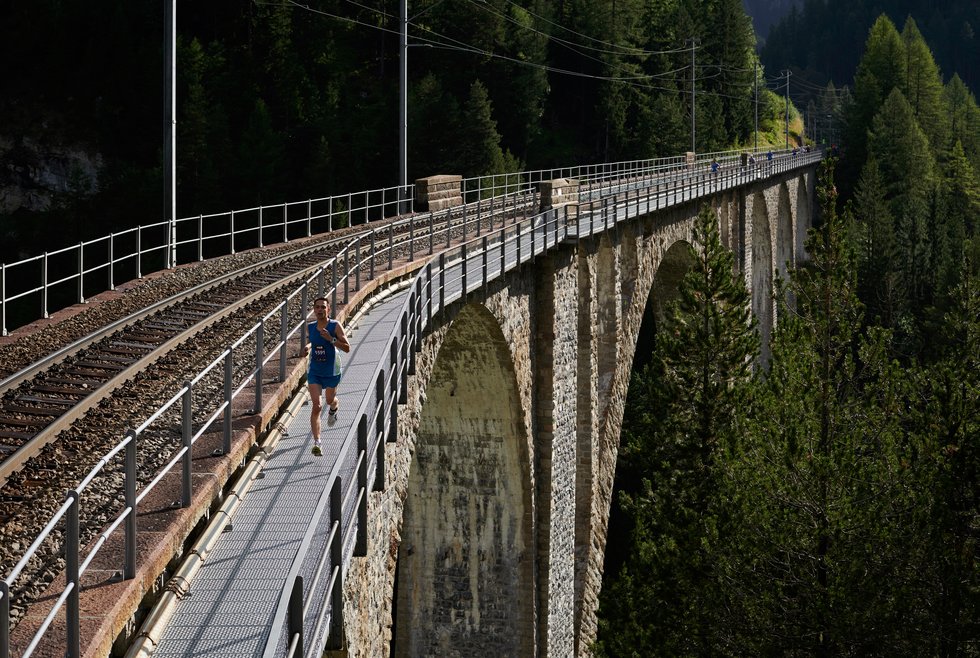 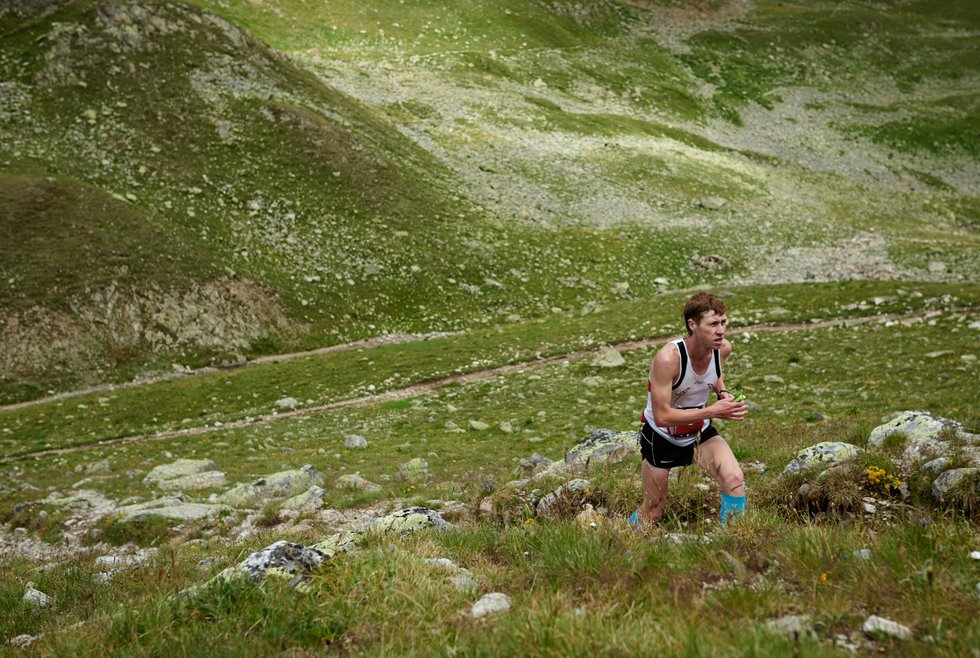 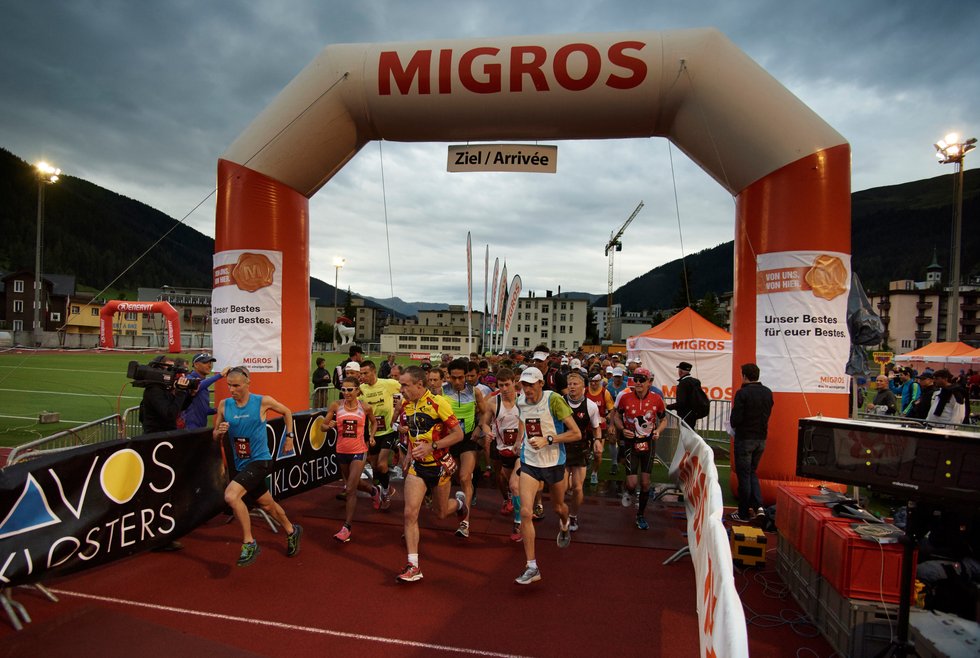 About touching the sky and keeping in good spirits

Thanks to a terrific Swiss-style schedule we are taken up with a helicopter to the Keschhütte chalet with a perfect view of the Porchabella Glacier, where more enthusiastic supporters are creating a cheerful vibe at 2625 metres. The majestic landscape opens up wide and the runners disappear as neon-coloured dots in the vastness of green and granite before taking on the last hurdle over Sertig Pass and looping back to Davos. Chinese participants Ru Tiyong and Liu Futing who came here for the marathon are still blessed with good humour and when asked what keeps them going all the way through the finishing line they mischievously smile: being hungry and the thought about food behind the finishing line. Being up here is an elevating experience to say the least – for the spectators the silence and the closeness to the mountains and the sky are overwhelming. We can only wonder what thoughts the runners have in mind at this altitude, after making it through two thirds of the race. The amazing view has a soothing effect as it calms the mind and replaces quotidian worries with awe about the incredible beauty of nature.