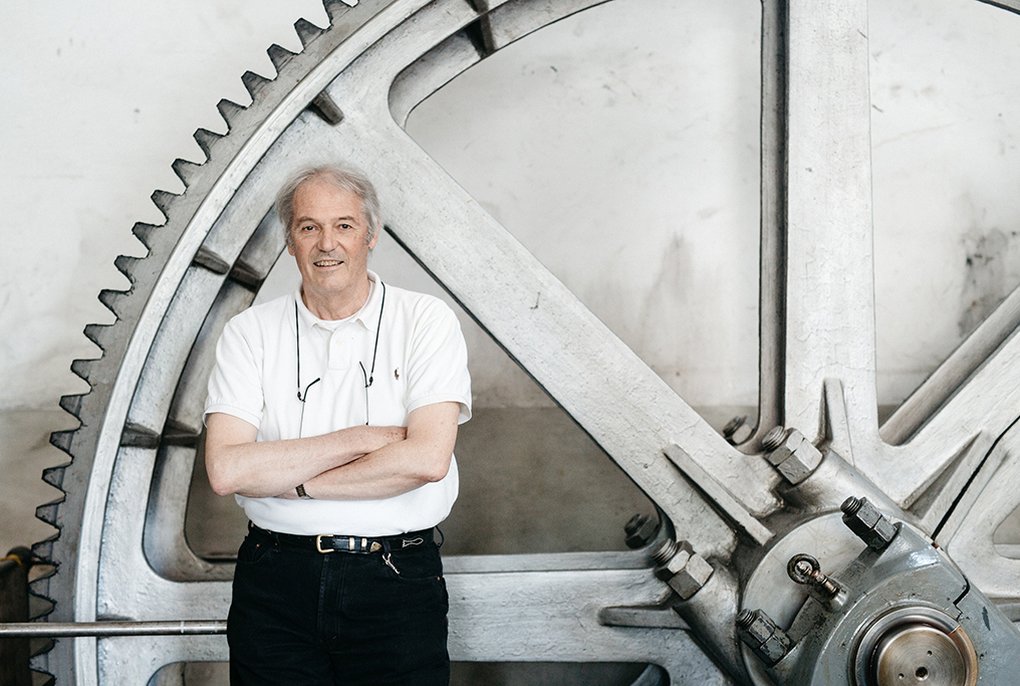 The Schatzalp terrain in Davos – or, more correctly, above Davos – is a special place. It is said to have inspired Thomas Mann, the famous German writer, to his novel “The Magic Mountain“: The sanatorium on Schatzalp, opened in 1900, is the only one mentioned in the book by name. With the impressive building, turned into a hotel in 1954, it seems like a little world of its own, a feeling that is enhanced by the fact that the only way to get up here is by funicular - and that many things around here still look like they did 100 years ago, when the sanatorium was opened. But maybe it is also due to Pius App, co-owner of Schatzalp and an unconventional individual.

In 2003, App – a trained engineer, computer scientist and holder of a patent for forgery-proof banking signatures – and his business partner bought the Schatzalp. Their plans to build a 105m high tower on the alp caused a real stir in the region. Quite obviously, App likes to cut his own path, like with the skiing area next to his hotel where there are only a few kilometres of pistes and no state-of-the-art ski lifts. We talk about lateral thinkers, lateral entrants and untapped potential.

Mister App, many would say you are a lateral thinker. Do you agree?

Pius App: I don’t really like that label. Actually, I consider myself a pretty straightforward thinker, as engineers tend to be. It is more that I have my own mind, and if I am convinced of something, I am clear about it. After all, I think long and hard about something before speaking up. I think headstrong personalities are quite common among hoteliers, and I am just the one who says things out loud and clear. I don’t have to consider anyone else’s interests, that’s something I cherish. At the same time I am not somebody who opposes everything on principle.

You started off in the IT sector. Why did you turn to tourism?

Pius App: In the years since 1976 that I have been living here in Davos I have formed a strong bond with this place. The Schatzalp had been in some financial trouble for some time, and in 2003 there where plans to completely change some things up here. We didn’t want that to happen and so we got involved, hoping to restore the place to its former glory, to build up a reputation for the Schatzalp. I think we did a pretty good job in the last 12 years.

In tourism there are many family-run businesses with a long tradition. How important are career changers entering the sector with new ideas?

Pius App: I think as someone new to the field it is much easier to take new perspectives. When there is always the same group of people talking, there is often only repetition or imitation, sometimes leading everyone in the wrong direction without looking at what should be done or could be done. Of course I am still an outsider in tourism, but I have my thoughts and ideas, too. 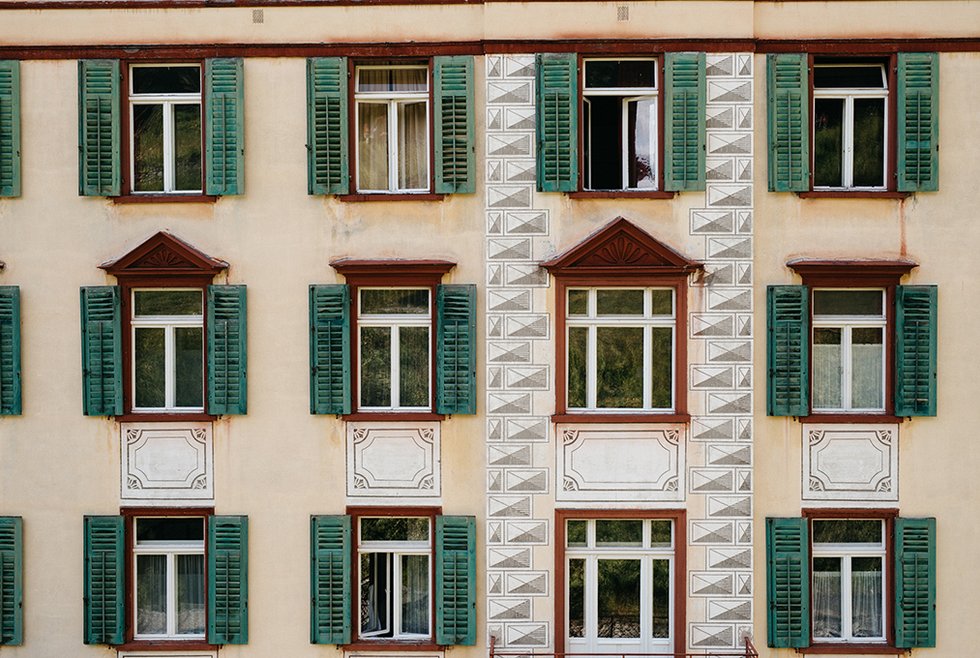 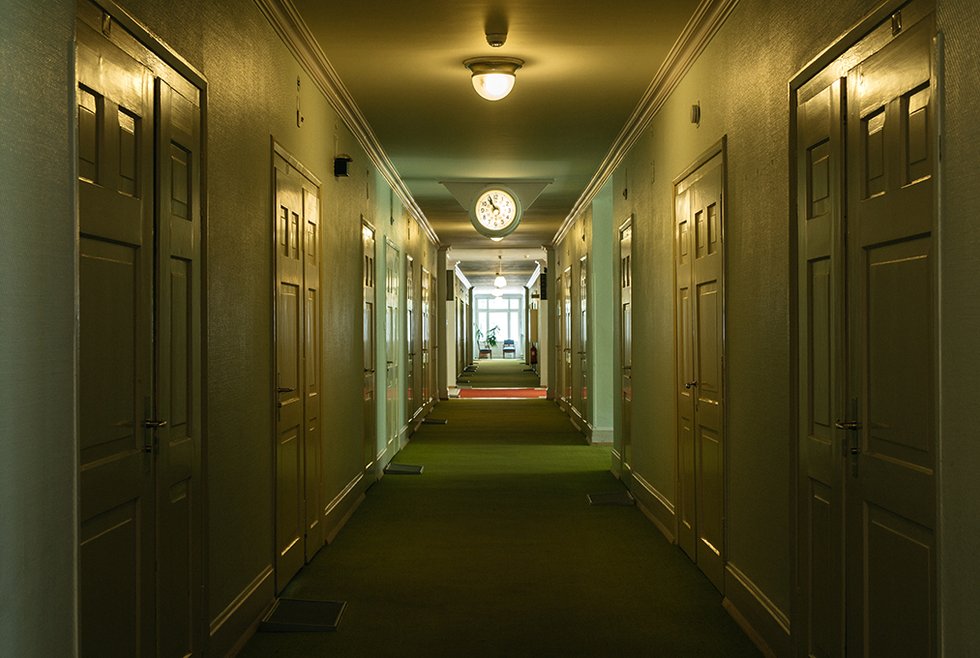 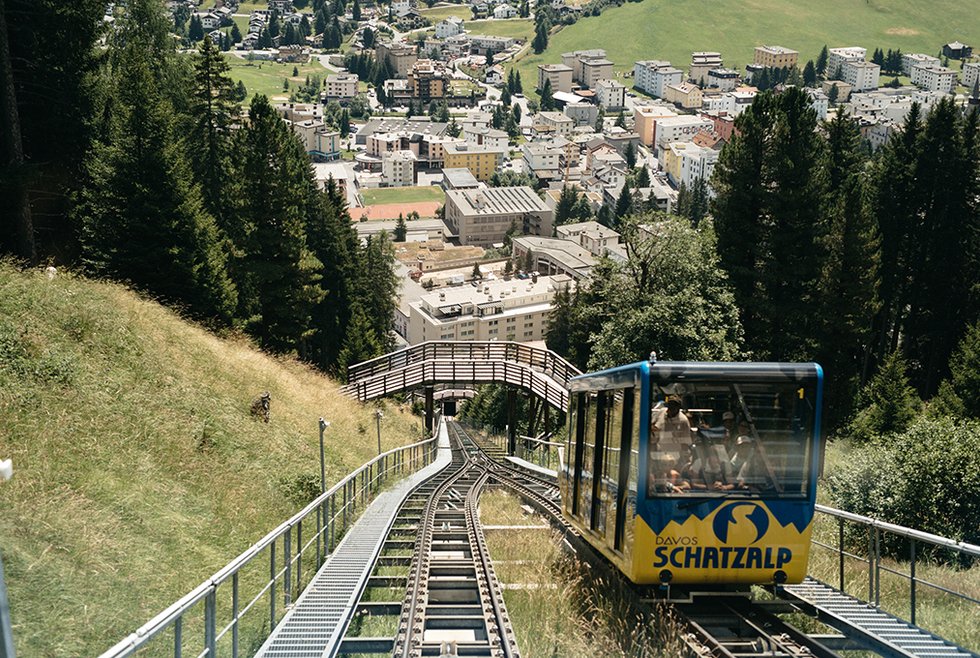 Your plan to erect a 105m high tower on the Schatzalp, for example.

Pius App: Well, let me go into greater detail here: In the beginning, there were no land use regulations for the Schatzalp area at all, meaning that it had never been defined what might be built there. Then we were told, “you have to define something or nothing can be built.” So we had to think about what we want while also considering certain stipulations by the Canton of Grisons. This is how the tower project came about. It was the most reasonable combination of our ideas and the Canton’s conditions. Imagine building some kind of Heidi village with a lot of small houses – that would mean everything up here would be covered by roads and paths. We wanted our new building to have the smallest base area possible while still comprising the old hotel’s volume. Consequently, the building would have to be high; we would practically erect a vertical version of the old building. This concept is now enshrined in the regional planning act; if we want to build something up here, it has to be the tower.

And why it there no tower yet?

Pius App: The project also includes apartments for secondary residence, but the construction of such apartments is currently forbidden in Davos. So everything is on hold for now – but we have not given up on it! It’s also not like we had a temporary building permit. For now, our plans are only laid down in the regional planning act.

You are also taking an unusual path with the skiing area that was reopened in 2008 under the title “Slow Mountain”.  Decelerating has become a general trend already, but not in sports so far.

Pius App: What we offer is an alternative to regular skiing. Of course this only works because there are very good “normal” skiing areas in Davos already. But here, at our place, you can ski more slowly, which is nice for elder people, for example, who feel like the big ski areas are too fast and too loud for them. We want to give them the opportunity to continue skiing under more relaxed conditions.

Davos has changed a lot over the decades and centuries: From a village of peasants into a spa town, then congress town and winter sport destination. What will the future bring for Davos – or what should it bring in your opinion?

Pius App: I think we still have not fully unlocked the potential of our town in summer – or have not publicised it enough. We have a lake, we have mountains and ideal conditions for hiking: There’s something for everyone, from gentle slopes to steep mountains. Also, Davos is located quite high above sea level - in the face of climate change that might be an advantage over summer destinations in the south. Here, you can still leave your bedroom window open at night without the room heating up. And, what I consider important too: We are a city.

The highest city of the Alps...

Pius App: Yes. To me, a city surrounded by mountains is something very special. Its urban flair makes Davos also attractive for families with older children, who demand...well, let’s say who know what they want! I know, there’s a special charm to farm holidays too, but I think a lot of people enjoy strolling through a city at night, having fun and then returning to a heaven of tranquillity.