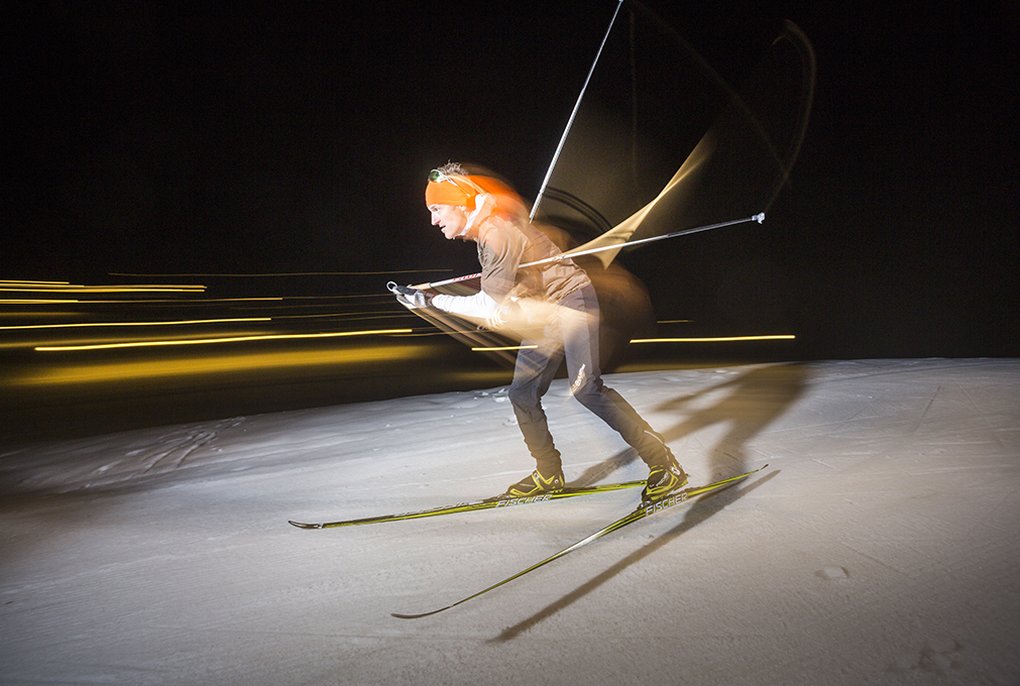 Like most people born and raised in Kitzbühel, David Kreiner practically grew up on skis. Yet he knew early on that he would never compete in a downhill race on the legendary "Streif". Not for a lack of talent, but because even as a child he preferred jumping to racing down hills. He also always loved going long distances, particularly on skis. And so the obvious choice for Kreiner was a career in Nordic combined. He made his Wold Cup debut at the young age of 16, on March 14, 1997, and ended his career as an athlete in 2011, with two World Champion titles and Olympic gold under his belt. Five years later, sports still play a central role in his life, but his attitude has changed quite a bit.

David, let's start with your childhood: You said people often called you crazy as a kid. Why?

I was driven and extremely ambitious. Maybe because I didn't get my own new pair of skis until I was 14. Before that, I always had to use the gear handed down to me by my older sister. Of course I was jealous, but only until we hit the slopes. The only thing that counted then was who was the fastest or who could jump the farthest. It's interesting because that's when I learned that material things are not really that important.

Driven and extremely ambitious – has that changed since you've withdrawn from professional sports?

I guess I'll never fully lose it, but I have calmed down a great deal. The change already began during my career and not after. The word "ambitious" gradually became more negatively connoted to me. Determination is great, sure! But not at all costs. In my experience it was like this: If I enjoyed doing something and was in it with all my heart, then I succeeded. When I pressured myself too much and said to myself: "Come on, David, you can push harder", I usually failed.

"Push harder!" – Not only athletes continuously pressure themselves without ever being content with their achievements.

As an athlete you often don't want to face the facts. For example, I sometimes started in competitions even though I was ill. I'd think: I'll push through somehow. I was like a bull at the gate. Getting over this type of attitude was a tough lesson to learn. It's about being honest with yourself. In this regard, I learned a lot of life lessons from sports.

Nordic combined requires a high degree of versatility. Speaking of life lessons – what can you draw from the challenges of your discipline today?

It's important to keep the big picture in mind. It may sound like an old cliché, but it's true: Everyone has strengths and weaknesses. Also, strengths can quickly become a weakness and vice versa. If someone is over-ambitious they run the risk of becoming narrow-minded and petty. I believe the difference between focus and being attentive runs deep: If I'm completely focussed, I shut out everything else. If I pay attention to something, I give importance to it, but without losing sight of the bigger picture.

How does this apply to your current profession as a mountain guide?

A mountain guide has to be the first to get up, has to carry more and know more than anyone else in the group. He or she is responsible for the entire group's wellbeing; in extreme cases this can be a matter of life and death. I'm very thankful that I've learned how to be honest with myself. Am I truly able to do this, or not? I also find the concept of mindfulness fascinating. I often watch how people speak to others without listening. You can't do that on the mountain. If I ask somebody "Are you OK?" up there, then we all have to be honest. Everyone has to put their cards on the table. Only then can you see eye to eye – whether you have a doctorate or a Gucci handbag becomes completely irrelevant.

Why did you choose to become a mountain guide? What do you like about the mountains?

To be honest, it was quite a selfish decision. I simply wanted to become better at mountain climbing. I'm also fairly sceptical of 'classic education'. If I want to learn something, I read about it. Just because someone has an academic title doesn't mean they're actually on top of things. The mountain guide training follows a very practical approach, which I really dig. The best thing about mountain touring is that it's not only about reaching the goal – the summit – but about the experience as a whole.