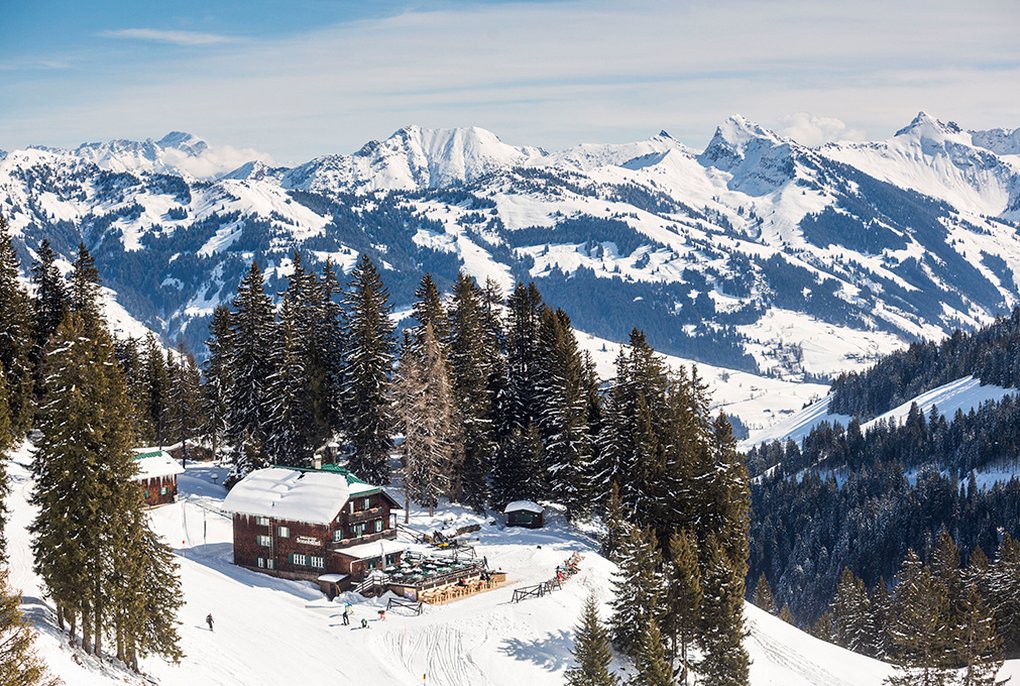 Ivan Marzola and Christian Harisch have an ambitious goal: They want to reinvent Kitzbühel's mountain cuisine. The site the two have chosen is none other than the legendary "Sonnenbühel", which they reopened on December 4, 2015. Built in 1924, the Sonnenbühel is perhaps the oldest ski lodge in the world. Marzola immediately thought of settling down in Kitzbühel when he came here for the first time. Merely twenty years old, the native Italian was part of the Italian National Ski Team. The professional skier competed in the Alpine Skiing World Cup for seven years and succeeded in ranking among the top ten in Kitzbühel. So before we delved deeper into his plans for the Sonnenbühel, we had a chat about the most demanding racecourse in the World Cup circuit, the "Streif".

Ivan, what does it feel like to wait for the buzzer at the Streif's starting gate as a twenty year old?

Ivan Marzola: When the skiing association calls you and says: "You can go to Kitzbühel" the first thing you feel is pure fear. Everyone knows the Streif is no easy feat. Once you arrive you feel your nerves go crazy. It's in the air. Not only for younger athletes, even more experienced skiers who have completed the course dozens of times feel nervous. Everyone just pees their pants in fear! But it is so very worth it for the feeling you have once you've made it to the finish.

Can you describe this feeling in more detail?

Ivan Marzola: Before the race people told me: Don't be passive, ski like it's your very last race! That's what I did; I followed through and when I crossed the finish line I thought: "Now you're a real downhill skier!"

You said that – apart from the race – you immediately fell in love with Kitzbühel. What makes this place so special?

Ivan Marzola: Kitzbühel just has flair! As soon as you arrive you can feel the special atmosphere. The people who first settled here certainly knew what they were doing. I thought: One day I want to live here. The town, the people, the love for alpine sports and, of course, the mountains – it all just hits the spot! Also, the next airport isn't that far away and the sea isn't terribly far, either. That's important, because my wife isn't as mountain-crazy as I am.

In the winter season of 2014/2015, you took over the Sonnenbühel, which is supposedly the oldest ski lodge in the world and a real institution here in Kitzbühel. Together with owner Christian Harisch you want to reinvent alpine and mountain cuisine.

Ivan Marzola: We want to get away from the typical ski lodge fare: Goulash soup, Wiener Schnitzel, Germknödel, and so on. At our place, all dishes are freshly made with high-end ingredients. You won't find any pre-cooked or reheated food. You can also make a reservation, which is fairly unusual for a ski lodge. We try to make our guests feel as comfortable as possible and want them to stay as long as they like. This may not be the most profit-oriented approach, but we don't want anybody to feel like a number or rushed through their meal.

So, it is like a gourmet restaurant on top of a mountain?

Ivan Marzola: We purposely steer clear of the term gourmet restaurant. We do offer premium cuisine and want to stand out with the quality of the food we serve. At the same time we enjoy the perks of being in a ski lodge where things are not quite as formal as in a gourmet temple. Jeans and a dress shirt are perfectly acceptable attire and it is not that important from which side we serve a dish. Also, it’s perfectly OK to have a little laugh at our place!

Lots of visitors love the typical ski lodge feeling and fare. How did your first season go?

Ivan Marzola: At first critical voices said things like "What do you want with fish up there?" or: "Why are there table reservations?" Now the phone starts ringing in the morning and we sometimes even had to send eager guests away at lunchtime. Or offer them a table the next day. I'd say we are on the right track!

Where would you like that track to take you?

Ivan Marzola: We want to make a real name for ourselves in the next three years. We want people to say: "When you're in Kitzbühel, going up the hill to the Sonnenbühel is a must!"