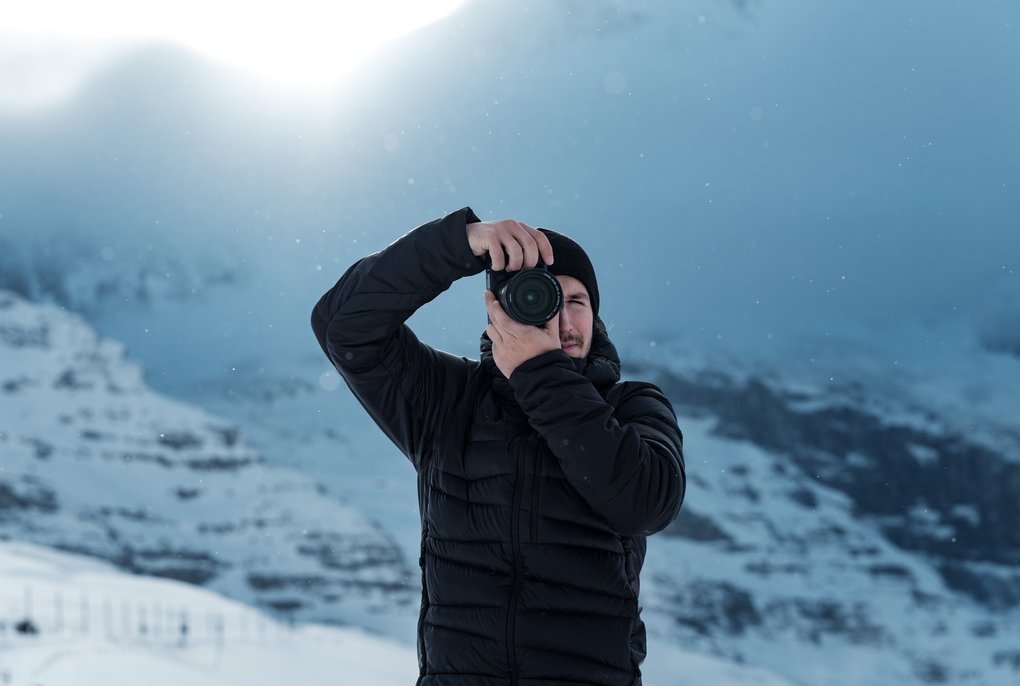 When Tom Klocker drives towards the mountains in his Audi, it's usually when the world is still dark. Getting up in the middle of the night doesn't bother him, or, to put it another way, it’s the price he is willing to pay. Tom Klocker is an outdoor photographer, and the best pictures, he thinks, are usually taken when the day is only beginning. When most people only just begin to wake up, he is already at the top of the mountain, always looking for that one moment, that one photo that no one else has taken before.

That Tom now earns his money as an outdoor photographer was not really planned. He started out as a snowboard pro, one of the most promising freestylers in Austria. Besides competing in sports events, he was also involved in many film and media productions: "On set, I often talked to the photographers because I was interested in what they were doing. They gave me tips, and so I somehow slipped into it." Tom started taking pictures himself, and when a serious knee injury ended his professional career, he started publishing his pictures on Instagram.

Today, he has more than 215,000 followers on the social media platform, earning him thousands of likes and hundreds of comments. This allows him to make a living of his passion: being in the mountains. Maybe even better than when he was still a snowboard pro. Toms takes breathtaking pictures and makes smart choices when it comes to motifs. In the focus: almost always nature. Contrary to other influencers, there are no selfies on his account; people are generally rare in his shots and if there are any, they are usually very small. "I want to put sizes in relation, I want to show how small we are compared to the mountains," the 28-year-old explains.

The choice of motif is often made spontaneously, on the spot, especially when he is travelling in areas he does not know so well. But that's exactly what makes photography so exciting for Tom. He does not understand many a colleague’s approach of going to Instagram hotspots and taking photos that hundreds of others have already taken before them – for him, the thrill lies in the adventure of searching for new motifs. To him, that’s more important than just collecting likes.

In order to take unique photos, he makes his way to the mountains even in supposedly bad photo weather. Being the outdoor pro that he is, however, he always keeps in mind possible dangers, but in his pictures there doesn't always have to be a bright blue sky: "I also like dark moods very much. And sometimes, a few rays of sunshine will come through, perhaps for just a few minutes – these are the unique moments."

Tom Klocker spends a lot of time also in the Best of the Alps destinations, not only during the Best of the Alps Road Trip powered by Audi quattro. As a native Tyrolean, he knows the area around St. Anton am Arlberg particularly well. "Driving up the Valluga, at over 2,800 metres the highest peak in the Arlberg region, is just great. There is hardly any other place in Austria where you will get such a combination of panoramic views, beauty and downhill possibilities," he explains in an interview with Audi. It is the search for unique moments and unusual places that drives Tom Klocker. Sometimes even from a warm bed in the middle of the night.