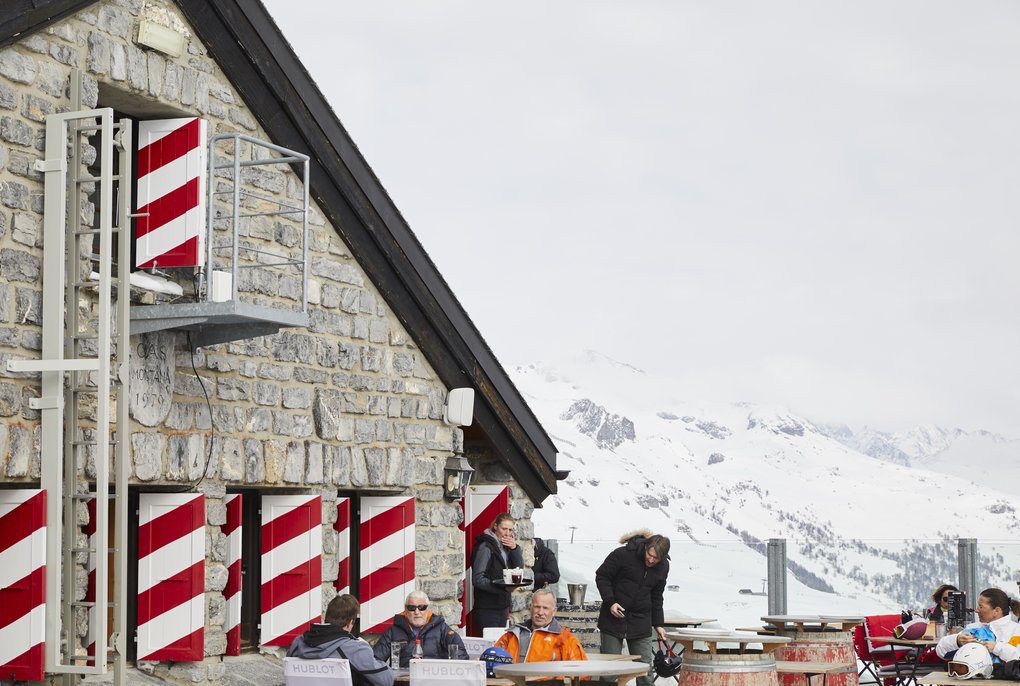 Like with all icebergs, however, the tips can only sparkle in the sunlight and shine their light far beyond the town’s borders because they rest on a solid base. Exploring Crans-Montana’s culinary scene off the beaten tracks is absolutely worth the effort and will lead you to authentic, solid, traditional cuisine. And you will soon find out: It’s not all about fondue and raclette.

Just a short walk through the town will show a lot of the place’s culinary diversity. There are traditional and modern Swiss restaurants, a very good Japanese restaurant and a classic Argentinian steak house. And then there’s the huts and inns at the slopes. “This ski area has more to offer than sandwiches and the classic fares,” says Clémentine Lopez. She is the woman behind Ski Food Safari, an event taking place on Crans-Montana’s slopes at the end of each winter season. The idea is simple: Ten to fourteen huts and restaurants invite skiers and snowshoe hikers to come and enjoy meals created for this particular occasion and accompanying wines from the Valais. This includes everything, from extravagant dishes at top restaurants to a hearty cheese raclette that has been perfected for decades, served in a hut with no electricity. In the Ski Food Safari, guests can explore Crans-Montana’s culinary landscape in just one day.

When the Ski Food Safari was first organised in 2012, people had to buy a ticket and were then allowed to visit six restaurants in a row. "We then further worked on the concept with Franck Reynaud and he encouraged us to have as many participating restaurants as possible so as many people as possible can take part,” Caroline recounts. Today, everything is much more custom-tailored and flexible. There is no registration, skiers and hikers can visit as many locations as they like, and each dish costs the token price of ten Swiss francs.

In 2020, 14 places would have been participating, and without the Corona pandemic, there would have been an Alpine Juniper Sandwich with trout and crispy vegetables by Franck Reynaud and his partner Pierre-Olivier Bagnaud and some Suma Blanc by Pierre Robyr at Cabane des Violettes. There would have been steak tartare with shiitake and thyme hash browns and Syrah from Le Tambourin winery at Amadeus 2006. Prawns in tomato and fennel at Zérodix, served with a glass of Johannisberg by Joël Briguet from La Romaine. And while not everything revolves around fondue and raclette, these cheese dishes still are an essential part of Swiss culinary tradition. And so, of course, there would have been raclette with Johannisberg from Oasis at Le Taules. And homemade juice for the children. Well, for reasons well known, not this year, but there’s plenty of reasons to look forward to what’s going to land on the plates next year.

On the serpentine roads leading up to Crans-Montana, the wide slopes of evenly planted, lovingly tended vineyards are simply striking. With over 5,000 hectares of vineyards, the canton of Valais is the largest wine-producing region in Switzerland. The "Association des Encaveurs du Haut-Plateau", an association of local wineries, has 18 members. That is a lot for a relatively small region like the one around Crans-Montana. "In order to provide a stage for all these wineries, we like to pair each chef with a matching winemaker," says Clémentine. Like at other chef-winemaker events called “Crans-Montana Guest Tables”, organised throughout the year,  the participants in the Ski Food Safari get to know the faces behind both the dishes and the many bottles of red and white wine and establish a personal relationship with food and drink before the day ends with DJs spinning their favourites on the large terrace of the Cry d'Er at 2,200 metres above sea level. So what is Clémentine’s favourite moment on the day of the Ski Food Safari? "When the biggest rush is over and we can finally taste all the good stuff ourselves!"