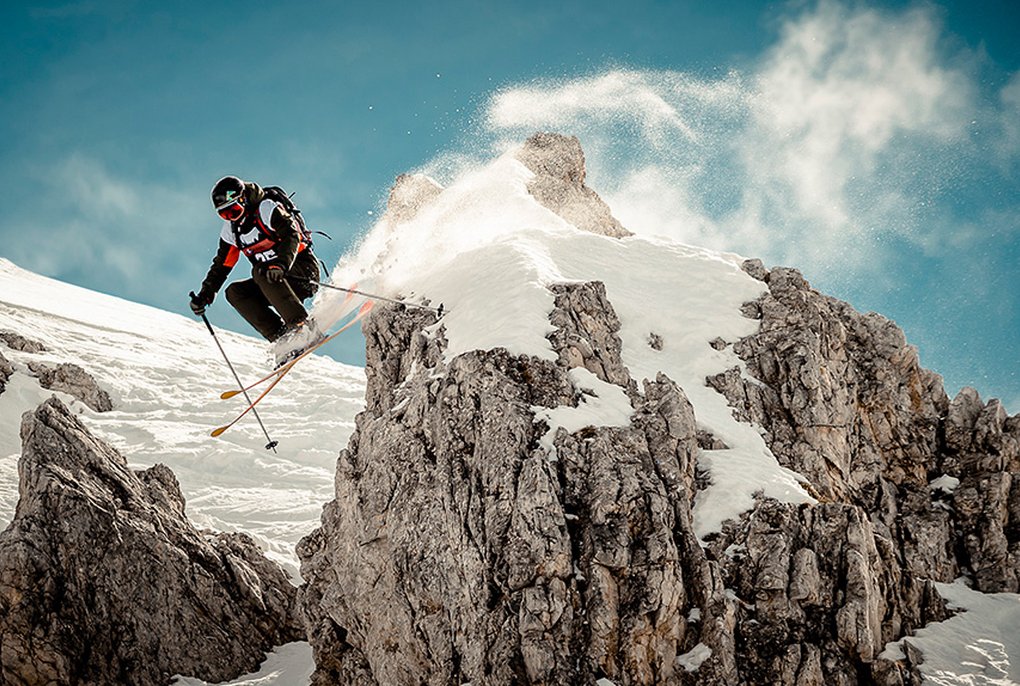 When you ask freeriders what fascinates them most about their sport, they will all at some point talk about that feeling they have when they carve a line into fresh powder snow. The problem for us who want to write about it: Nobody can really put that special feeling into words. Some compare it to flying, others to surfing. Davide Alberti can’t really describe it either, but he came up with a very different comparison: “It’s like winning the heart of a beautiful woman: It’s a huge challenge, but it feels fantastic.” This comparison certainly shows his great love for the mountains, even when he speaks about the dangers of Alpine sports. “A mountain is like a lady, sometimes you are allowed to approach her, sometimes it’s better to keep a distance. And it will always be the mountain that decides when the right moment has come.”

Alberti has explored numerous mountains around the globe. However, it’s the mountains in his native Cortina that are closest to his heart. Here, he has worked as a guide for more than 20 years and knows exactly how intimidating the Dolomite Alps can be. “When you stand at the foot of these mountains, they look so steep it can really scare you off. Everyone who sees the Dolomites for the first time is like: ‘Wow!’,” Alberti tells us. And it’s those steep slopes that make Cortina d’Ampezzo a real El Dorado for freeriders. “There are endless alternatives and routes. You go over the next hill and the slope might change completely. Plus, I think there is no place that offers better couloirs.” 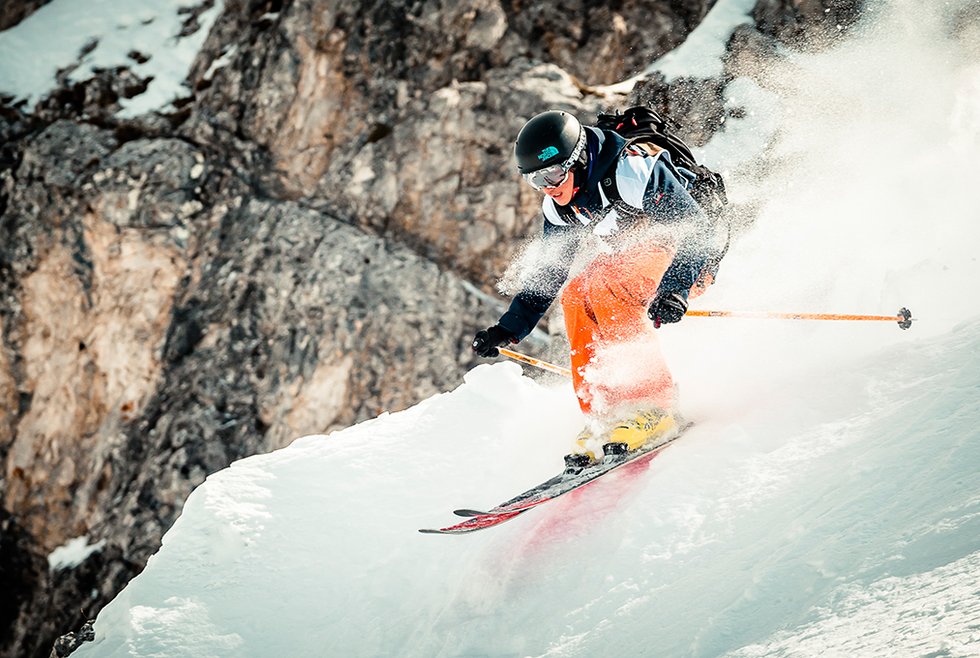 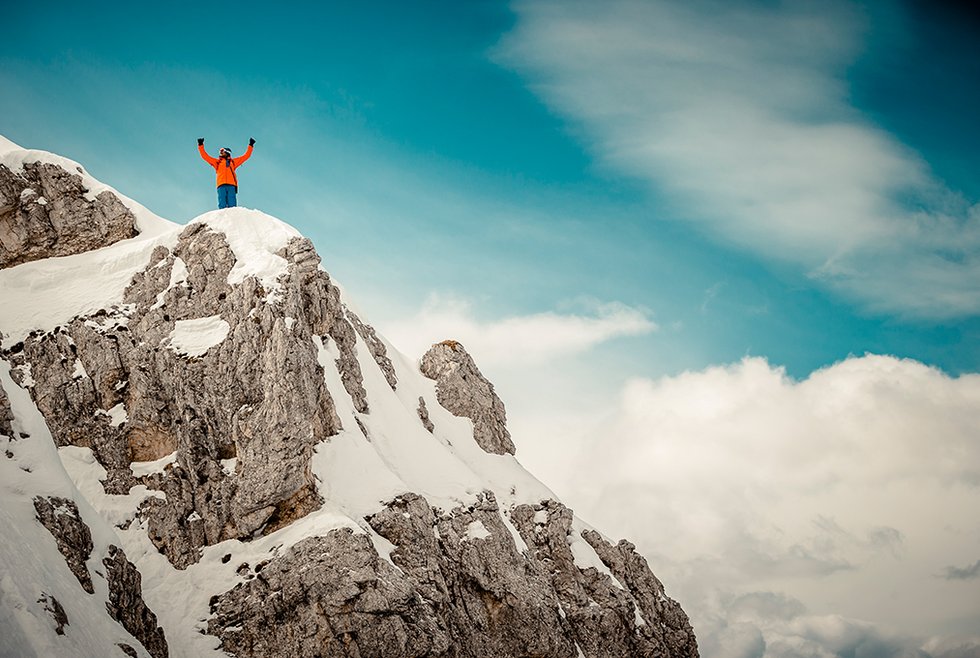 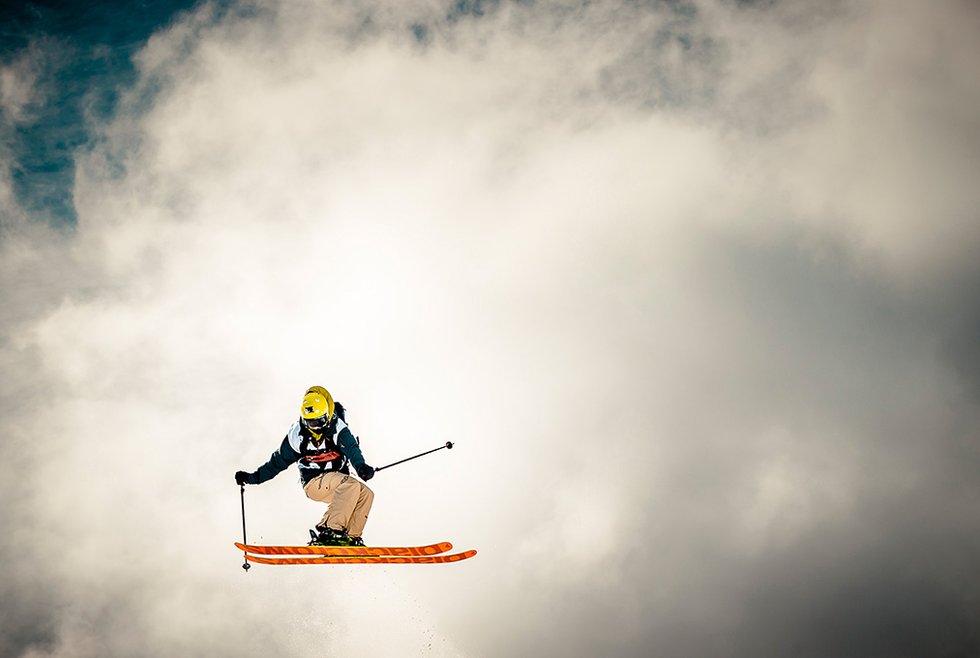 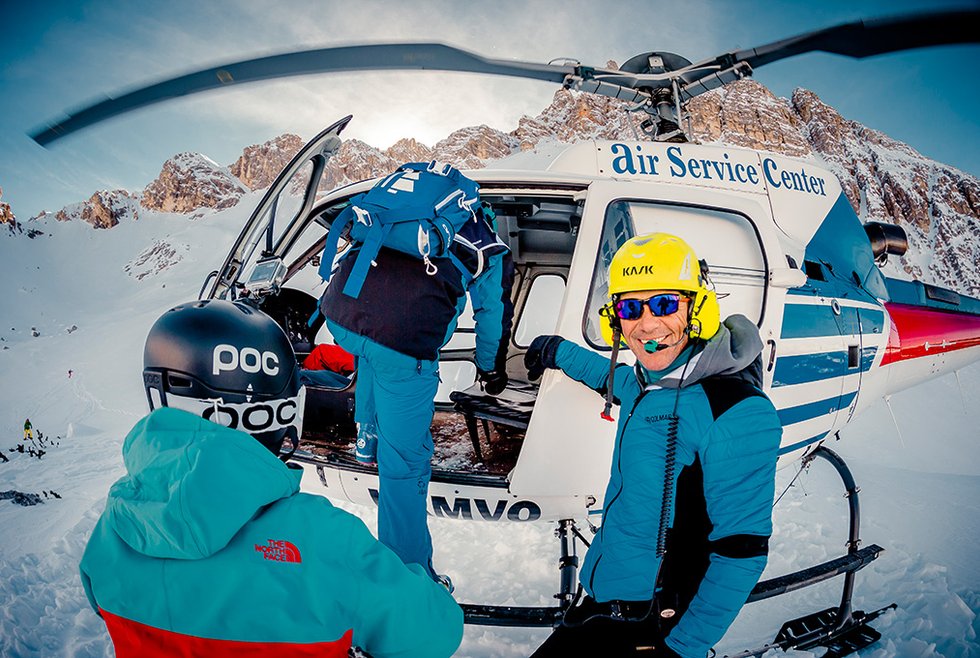 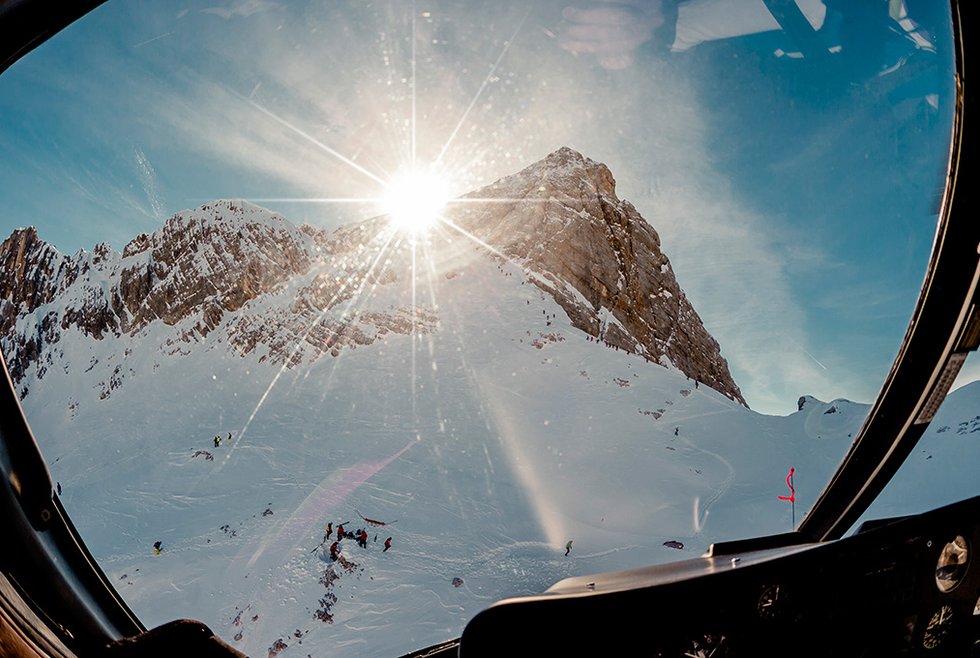 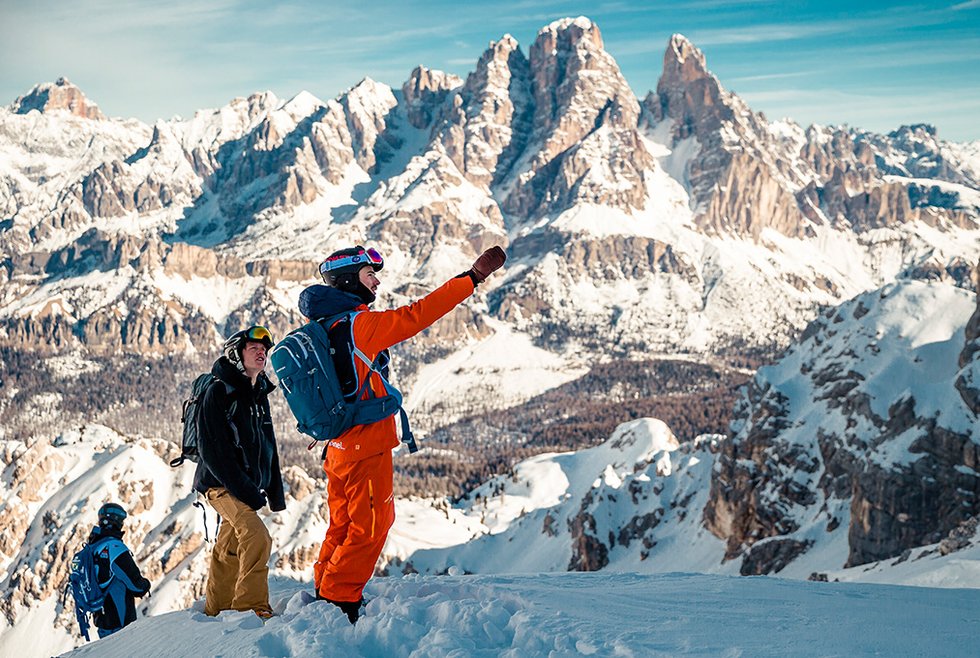 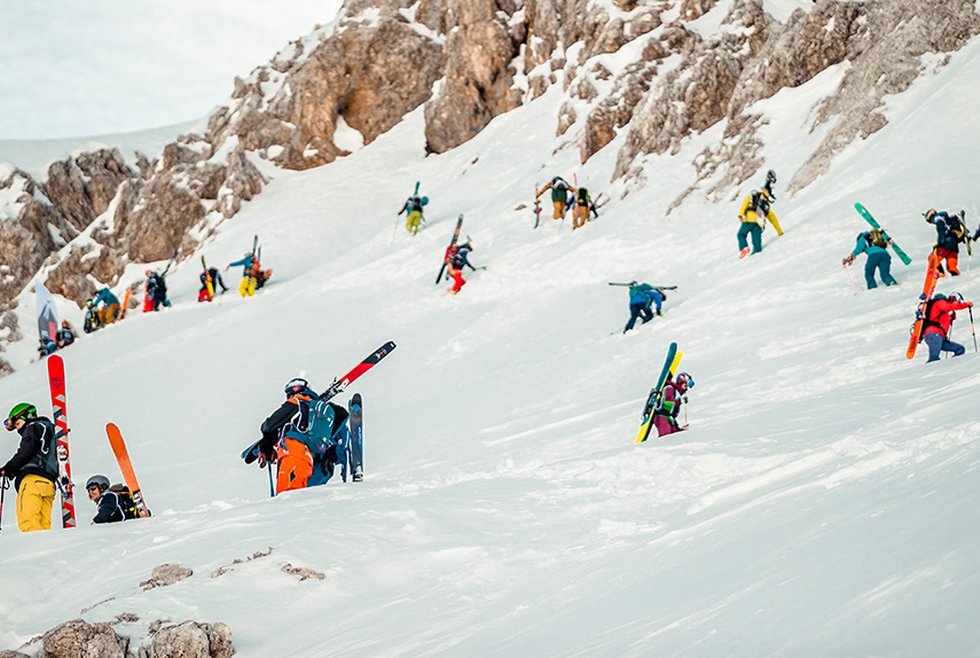 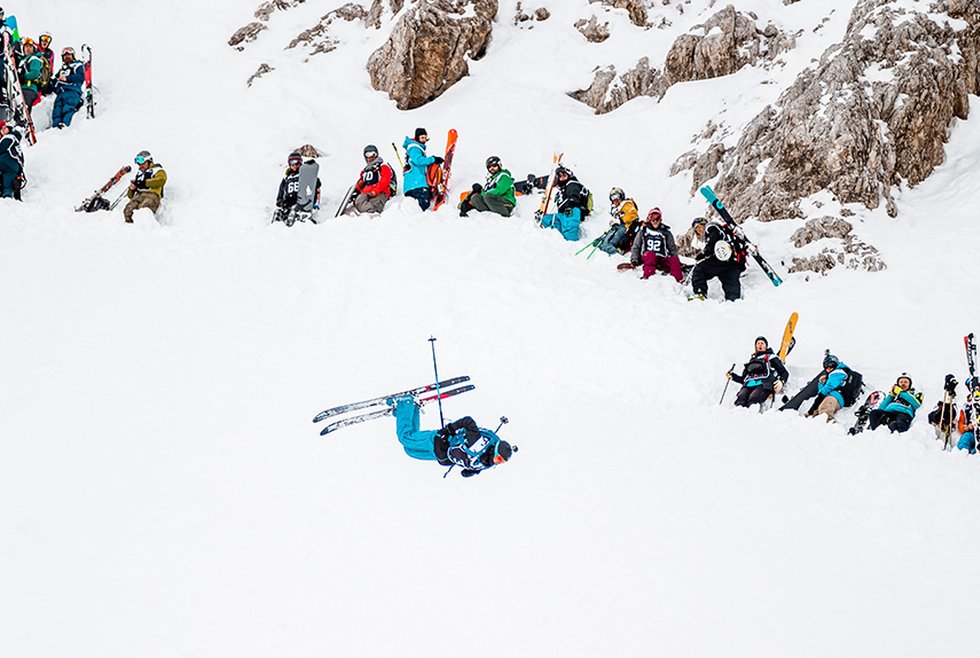 When fun turns into serious business

All this certainly makes Cortina the perfect place for a freeriding event. So when Davide Alberti and Paolo Tassi were asked to organise the second Punta Nera Challenge in 2011, they thought: “Why not?” At that point, they had no idea it would soon become one of the most popular freeride events in Europe. While in 2011 there were only 15 participating athletes, the Punta Nera Challenge has since grown to become not only a qualifier event for the Freeride World Tour, but also part of the Freeride Junior Tour. Today, it is organised by the Cortina Mountain Guides, Sci Club 18 and the Scoiattoli Group. Participants are taken to the peak of the Punta Nera at 2487 metres by helicopter, where they start their 600-metre ride. Apart from the freeride competitions, the event also entails a ski mountaineering race, a boulder competition, and the so-called Marco Da Pozzo Vertical Combined Trophy, a combined freeriding and climbing challenge Tassi and Alberti dedicated to their late friend Marco da Pozzo.

Despite their event’s big success Alberti puts great emphasis on keeping it open to everyone. That’s why he has limited the tickets for qualifiers of the Freeride World Tour to 60 out of 150. So naturally, there are huge differences between participants’ skill levels: some are extremely good, others just want to enjoy the ride. The oldest participant they have had so far was 70. “We consider the Punta Nera Challenge a meeting of freeride fans more than a pure challenge. We want our participants to get down safely and have a good time, that’s what really counts.” Sure enough, there is a bar, some nice music and a great atmosphere in the finishing area. At the end of the day, freeriding is not so much about the competition and performance anyway, but rather about this special feeling people have going down those untouched slopes. That wonderful, indescribable feeling.