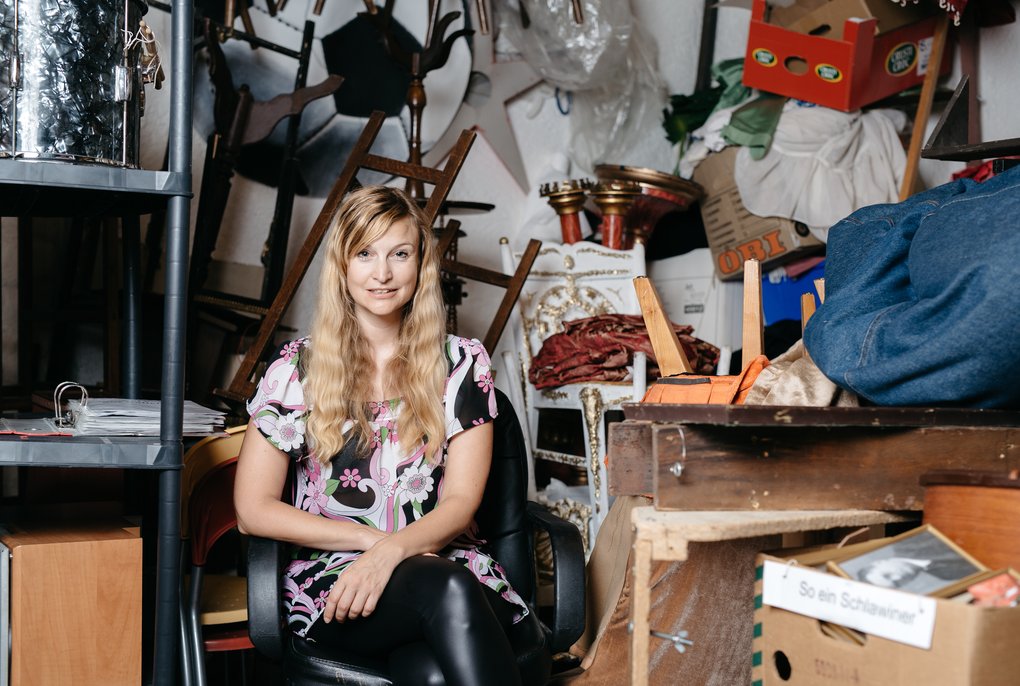 Just outside the theatre – on Richard-Strauss-Platz in Garmisch-Partenkirchen – people amble along in the sunshine. They come from all over the world: you can see locals wearing the traditional dirndl dresses and lederhosen next to tourists from Arabic countries dressed long flowing thawbs and chadors. Inside the theatre Tatjana Pokorny sits back-stage amidst a plethora of colourful costumes and props. "Of course we also play roles in everyday life; we sometimes even hide behind them," the director of Kleines Theater says. Real life often isn't that different from the stage. This is what has always fascinated Tatjana about acting. "The opportunity to slip into different lives on stage without having to face any real consequences has captivated me as long as I can remember," Pokorny shares. As a child she wanted to become an opera singer. Her parents, however, were not thrilled.

Acting as a family tradition

Even though the family has a longstanding tradition of acting, Tatjana's parents weren't very happy when they discovered their daughter's career wish. Her maternal grandparents – Ludmilla Rohrbeck-Holten and Fritz Rohrbeck - were actors and founded a small theatre in Garmisch-Partenkirchen in 1949. Tatjana Pokorny's parents are also theatre people and remain closely tied to the stage. After her grandparents died, they took over the theatre. "Nonetheless, my father still believed I should learn something 'reasonable'," Pokorny laughs. "There isn't a lot of money in the business and every cent is hard earned.” Today, her father Rainer Pokorny, who is originally from Vienna, is proud of his daughter's career. And that goes well beyond theatre acting: After studying theatre studies, new German literature and psychology in Munich, Tatjana Pokorny went on to star in television productions and feature films, work as a voice-actress, and direct plays. "I enjoy exploring and developing different directions in my work; it means that I continue developing as well," she reveals.

Under the leadership of Tatjana Pokorny, the Kleines Theater has also developed remarkably. After nearly ten years on stage in places like Berlin, Vienna, Munich, and Zurich, she returned to her hometown with loads of new ideas. "Our theatre is quite different than those in larger cities, not least because of the much smaller audience," the director explains. And yet, the repertoire is quite broad at Kleines Theater. From Bavarian folk plays, to comedies, to the classics – you can find it all in the theatre's programme. One of the greatest challenges is that the audience is so eclectic. "Even though a lot of our guests are tourists, we present productions all year long. We see ourselves as the local town theatre for local people from Garmisch-Partenkirchen," Pokorny says. What different people wish and expect doesn't always match. That's why the Kleines Theater in Garmisch-Partenkirchen offers something for every taste – for locals in lederhosen, and for tourists from the world over, too!