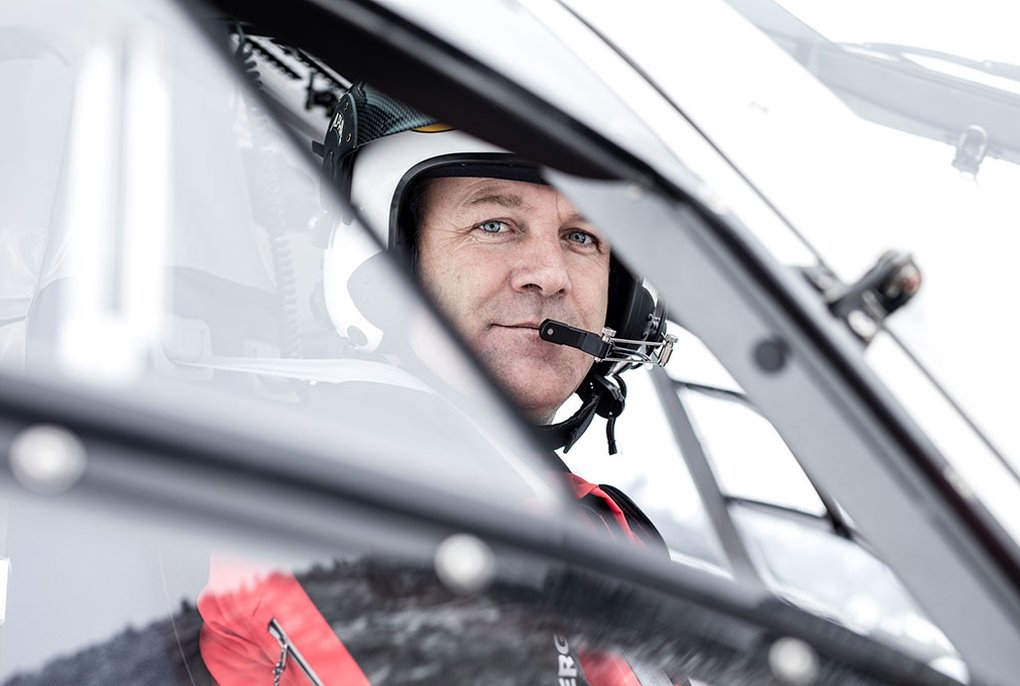 Stefan Ganahl is used to working within clearly defined guidelines. As Wucher Helikopter’s chief pilot he not only has to follow them himself, he also has to make sure that the respective laws are being implemented in the company’s manuals. These documents cover every possible deployment of helicopters for rescue flights, transportation flights, heliskiing - or rescuing a lost cow. Since the year 2000, Ganahl has been stationed at the company’s hangar in Lech Zürs am Arlberg. The only binding guideline for this interview? Not to ask, “What was the most spectacular mission you have ever flown?”.

Stefan Ganahl: Because I just do my job here, just like everyone else. If you were to ask a truck driver who has been on the job for 30 years that same question, he would have his fair share of crazy stories too.

But flying seems so much more exciting.

Stefan Ganahl: I have flown more than 10,000 hours on this helicopter, so of course I could tell a good story or two. But this job is much less spectacular than most people think – and really not dangerous. Driving my car to the hangar is probably more dangerous than the actual flying part. We have very clear guidelines, and of course we push our limits  - but only within these guidelines. Everything else would lead to kamikaze operations. Being able to say ‘no’ is key in this job.

Stefan Ganahl: Exactly. As a pilot you are responsible for all of your passengers, and bringing everyone home safely always has to be our top priority. It’s not about flying spectacular manoeuvres to brag about later. This is not aerobatic flying. And, by the way, even aerobatic pilots have lines they must not cross.

Let’s talk about your passion for flying. Pilot is a very common career aspiration among children. When did you realize that it’s more for you than just the dream of a child?

Stefan Ganahl: In fact already at age twelve or thirteen when I had the chance to fly in a helicopter from time to time. My parents had rented the holiday apartment in our house to this guy from Germany; he was a professional pilot and took me on a flight with him one day.  And I remember saying to myself afterwards, that’s what I want to do. So at 15, I started to fly motor gliders. That’s rather early if you consider I wasn’t even allowed to drive a moped. Funnily enough, flying a motor glider with a 16m span was okay.

At 21 you were among the youngest pilots in Austria. If we have any young readers out there who also want to become a pilot, what does it take to be one?

Stefan Ganahl: First and foremost, you have to be enthusiastic and passionate about it. It takes quite some time to get your license. I, for example, had to go to the US for flight lessons because as a mechanic I couldn’t make enough money to pay for that many flight hours in Austria. Also, skilfulness, because in helicopter flying we control everything manually. I’d even go so far as to say skilfulness is more important than experience. It’s like with driving a car – there are people who even after 30 years of driving don’t know how to park properly, and then there are others who can do it right away. Those are the ones we need in flying. 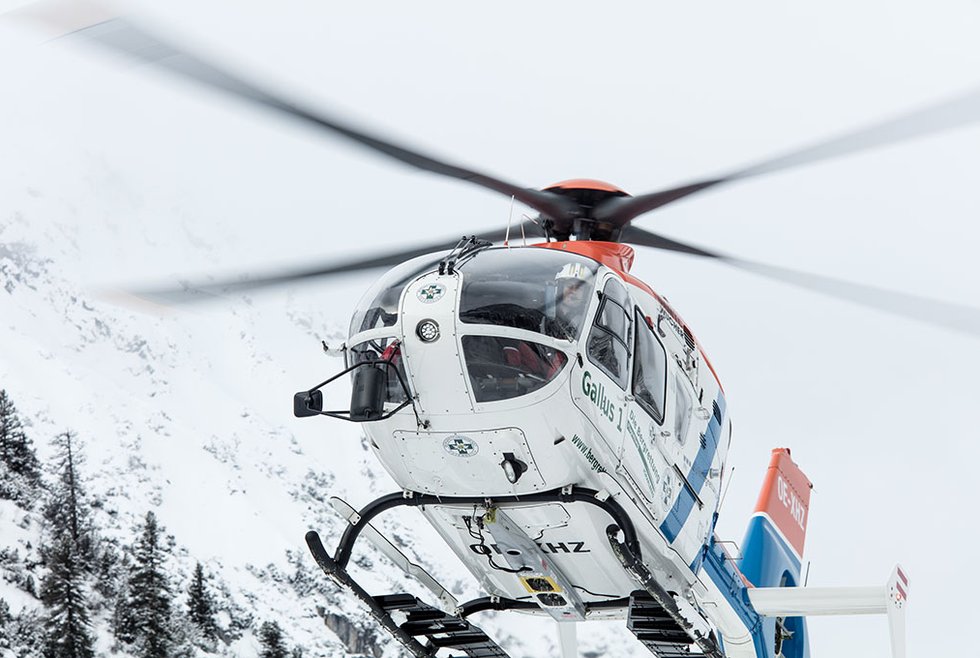 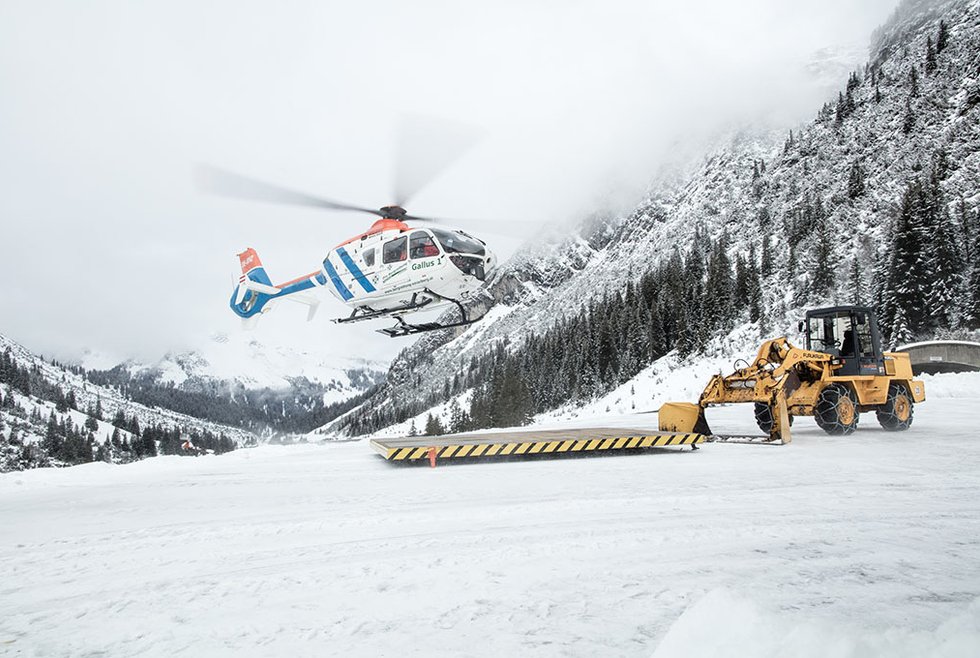 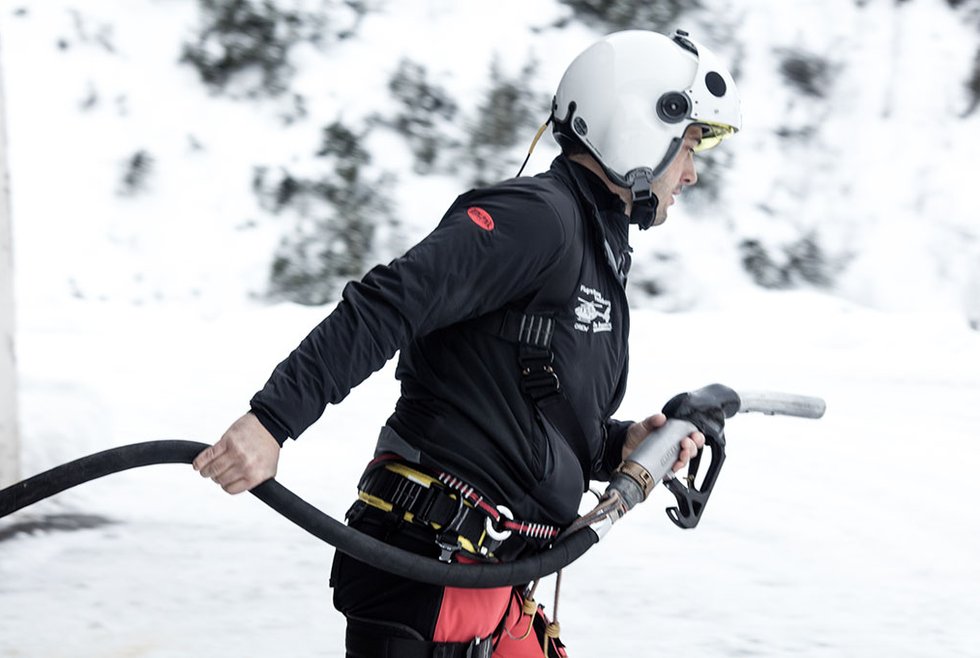 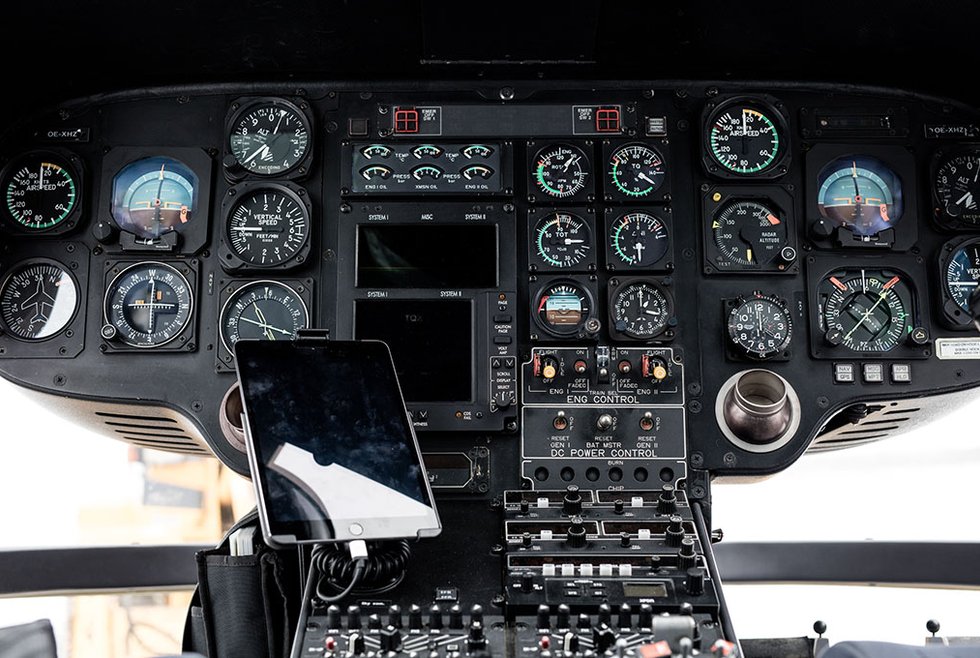 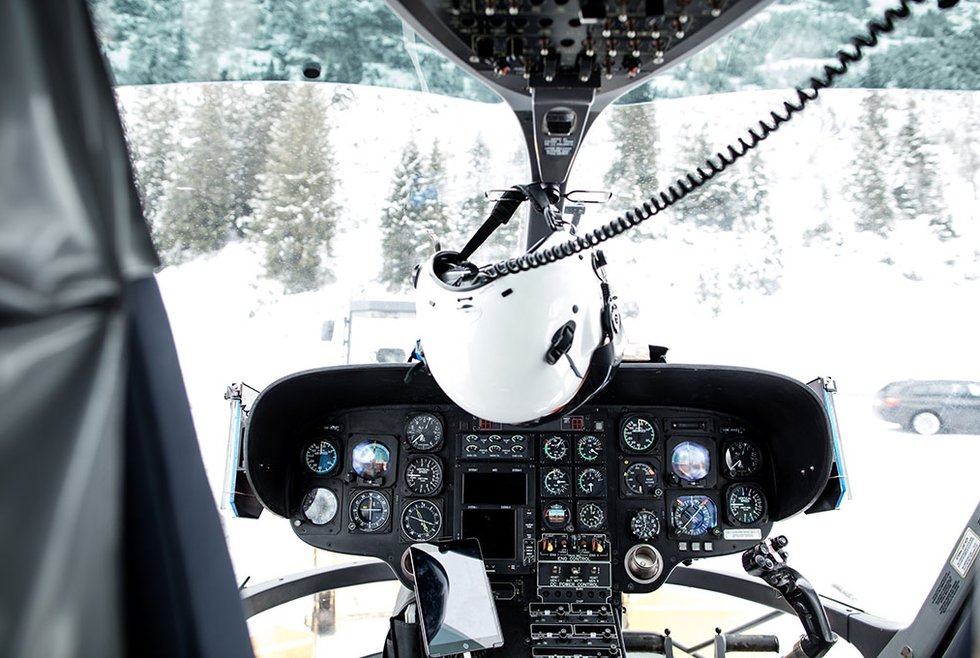 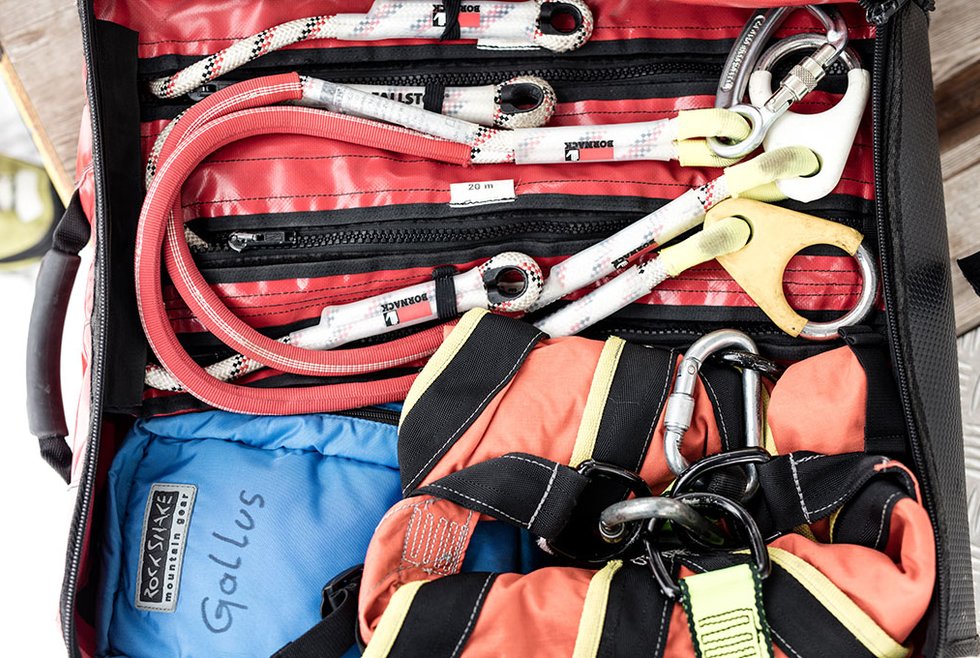 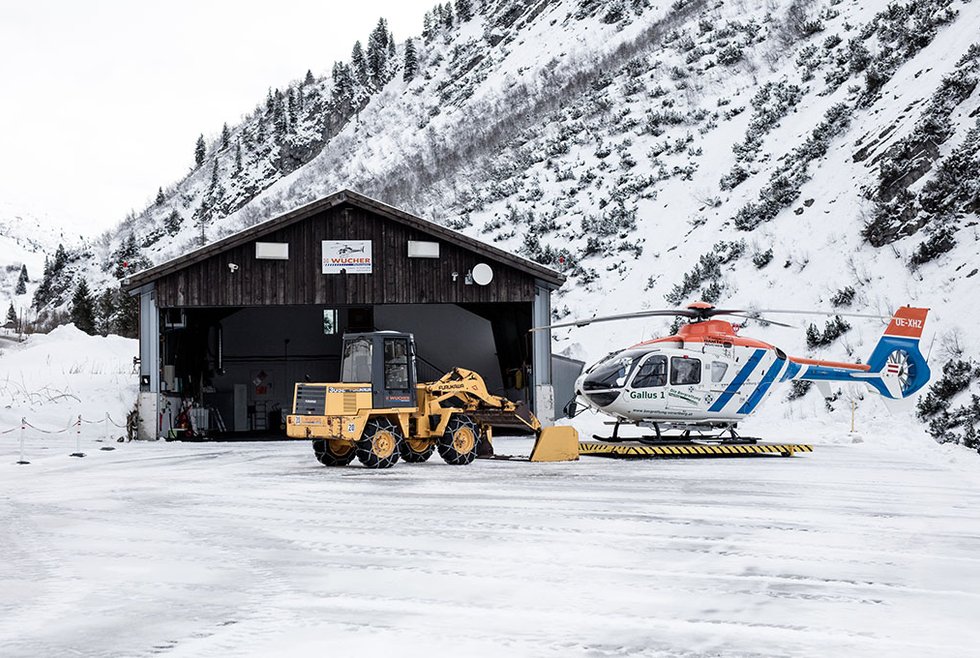 Wucher Helikopter also offers heliskiing flights in Lech Zürs – the only ones in Austria. I guess for a pilot a heliskiing job is very different from a rescue flight.

Stefan Ganahl: It can be said in general that all flying is not the same. For heliskiing flights we pick up our guests from one of the departure points and take them up to the peak. Everything is very organised and coordinated. We fly between 200 and 250 such jobs per year, and of course these flights are pretty relaxed – if we run five minutes late no one’s mad since people are in good spirits because we take them to this incredible experience.

Do you have a favourite “area of operation”?

Stefan Ganahl: I clearly love rescue flights the most, it is the most emotional part of this job. When a patient comes to the hangar a year after we flew him to thank us and say, “Without you I wouldn’t be here anymore,” well, that is very touching. More than when a client tells you after a transportation flight, “Thank you, guys, without you we wouldn’t have been able to finish that foundation in time.” I think everyone can relate to that.

How long does it take you to take off?

Stefan Ganahl: In situations where every second counts we can be up in the air within two minutes after being alerted. That’s a really quite an accomplishment.