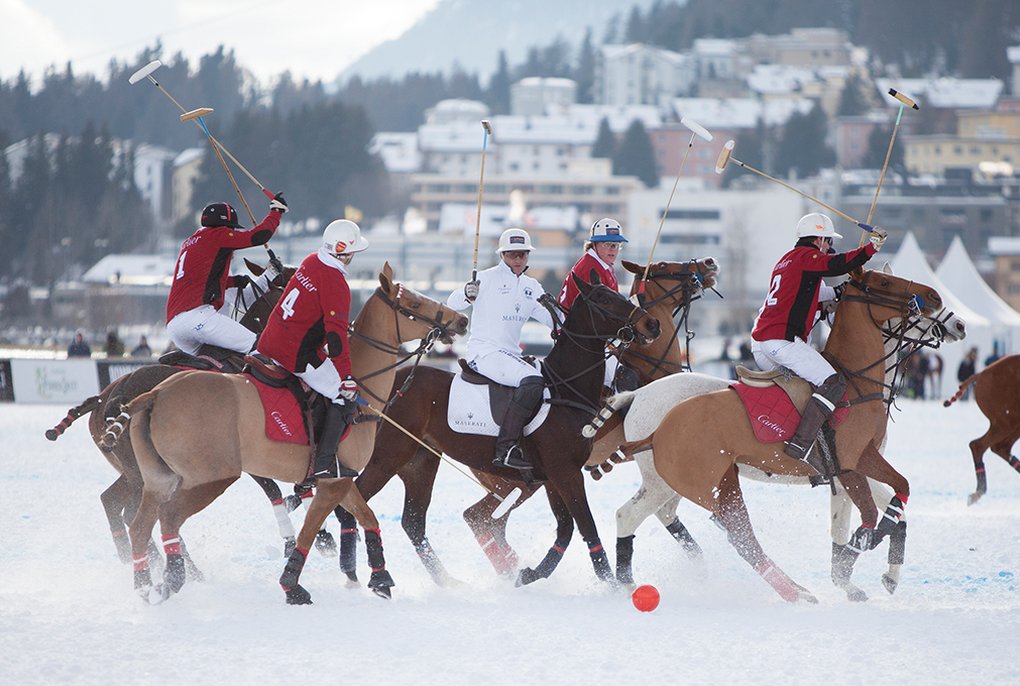 It is 10 a.m., the mighty arena, surrounded by the Engadin’s most beautiful mountains, is still quiet, resting peacefully after the colourful events of the previous day. The tent where the players’ horses will be waiting for the big moment later that day is still empty, and so are the grandstands where fans will be clapping, cheering and throwing their hands up in excitement. Here and there a little winter bird lands on one of the chairs, screeching into the winter sky. Perhaps it is looking for yesterday’s drone that had been filming and watching the events that are about to continue today?

“Please, have mercy! Don’t buck me off!”

11 a.m. The skies have cleared up and at times the golden sun peaks through a thin layer of hazy clouds. Happy tunes can be heard from the loudspeakers as the first spectators arrive: mothers with rosy-cheeked babies in strollers, wrapped in thick down jackets; middle-aged men in smart parkas, walking a husky on a leash; beautiful ladies in heavy snow boots, thick fur coats and expensive handbags – a glass of champagne in their hand. Now you can see the horses from afar, coming towards the tent. A few players have arrived as well. Some will now spend some time talking to their horses, others will do some stretching – like Cedric Schweri of Team Pierre-Jouët, who warms up in front of the athletes’ tent. Four teams of four players are competing against each other on ice over the course of four days. “Being warmed up is very important, it makes falls a lot less hurtful,” he explains. Four years ago, Cedric spent four months in rehab recovering from multiple fractures and broken ribs. But he is back and in top form. Before the game kicks off, he will consult with his team – “It’s like in a corporate setting: There’s a briefing, you discuss the strategy” – and then, riding out onto the frozen lake, he will also talk to his horse: “Please, don’t buck me off. Have mercy!” Others, he tells us, will try to guess their horses’ mood from the way they look at them that day: Cheeky? Or relaxed?

Noontime. The first game begins. Two teams of four players, each led by a Maserati, ride towards each other into the arena. Dramatic music blares from the loudspeakers. Soon the horses will run up and down the lake, and the players on their backs will try to hit the red plastic ball into their opponents’ goal. Due to the exhausting nature of the sport, the players will change horses every seven minutes – and burn 1,500 calories as they go. Cedric Schweri explains: “People tend to think that the players don’t have to do much, but actually you’re up there with all your muscles tensed, balancing yourself on the horse, hitting the ball, turning around. Your upper body is moving all the time.” Moreover, St. Moritz is located at 1,800 metres above sea level, which can pose an additional challenge to the players. The game is commented by someone with a British accent and “that certain kind of British humour”, as Cedric Schweri puts it. At the end of the day, Team Maserati will take home the coveted Cartier Trophy. But for now, the game is still open. 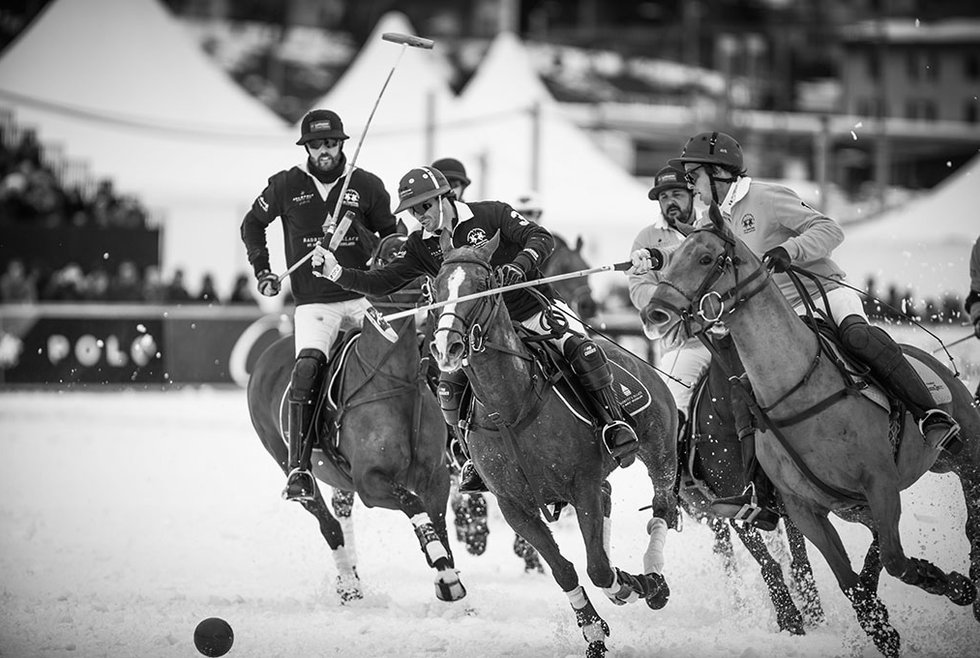 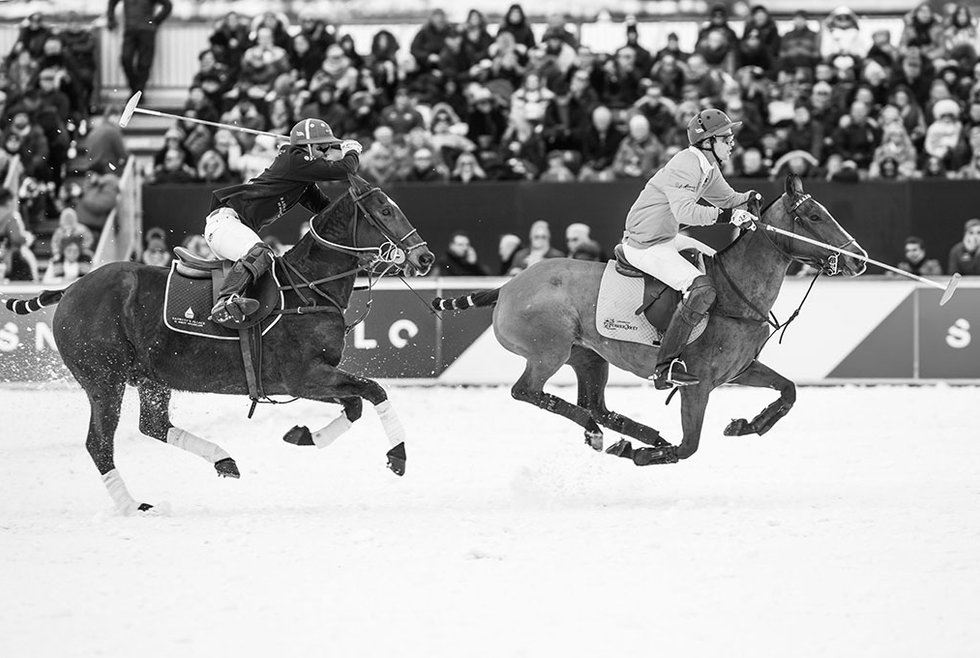 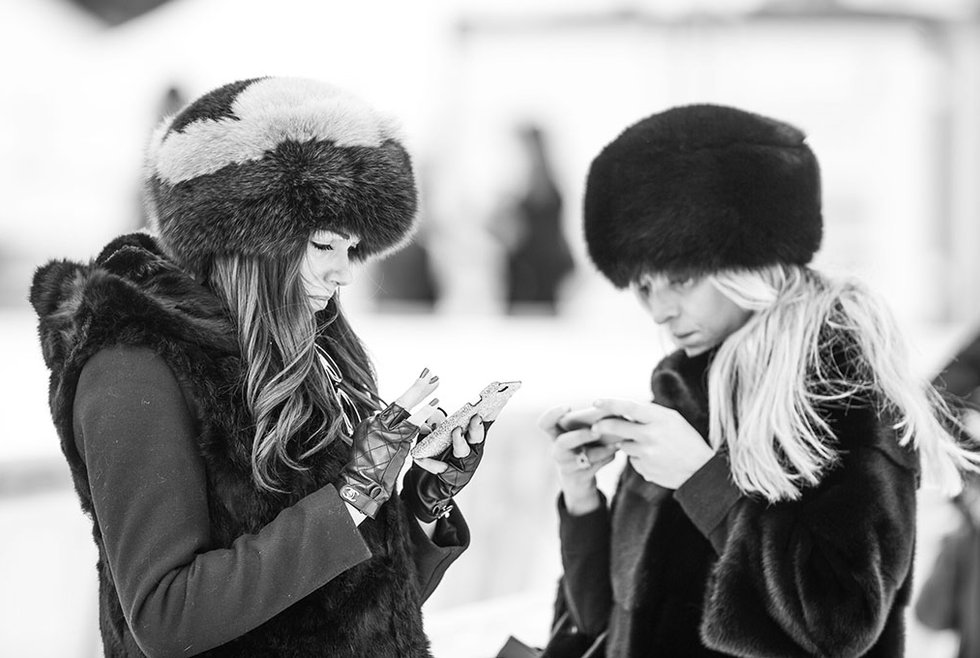 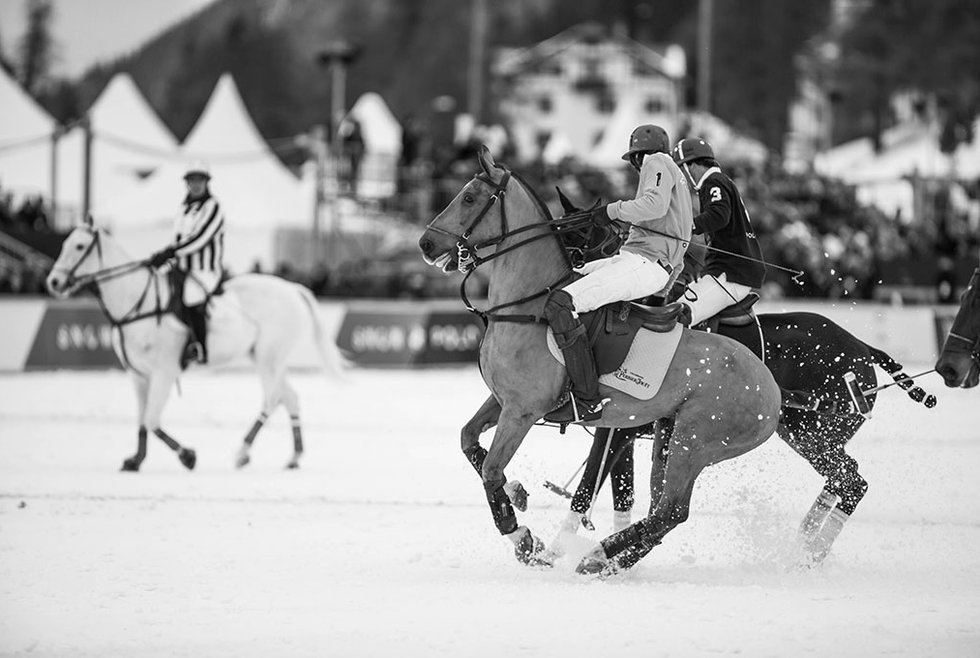 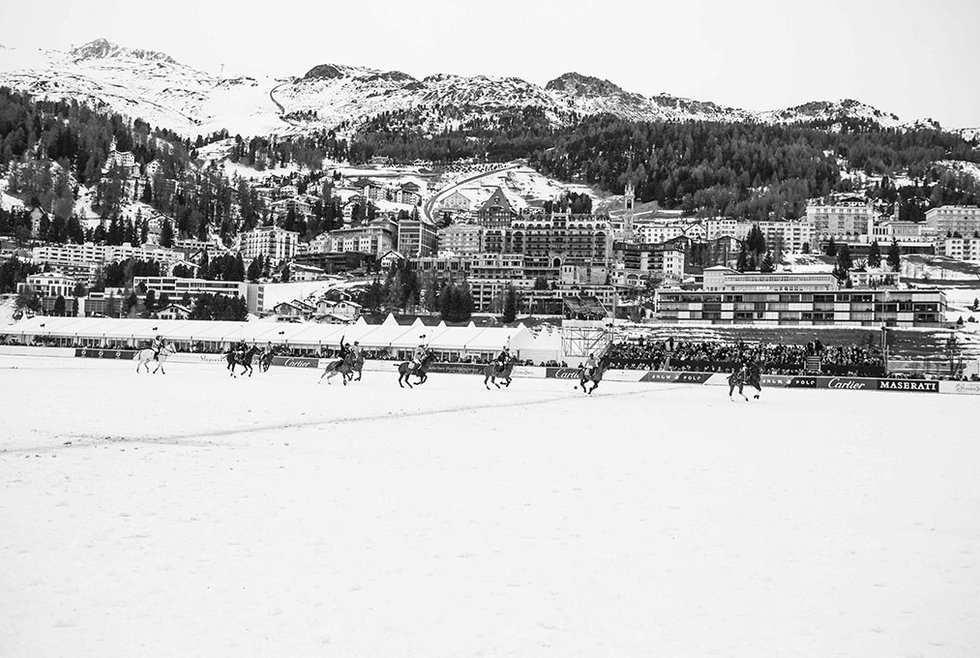 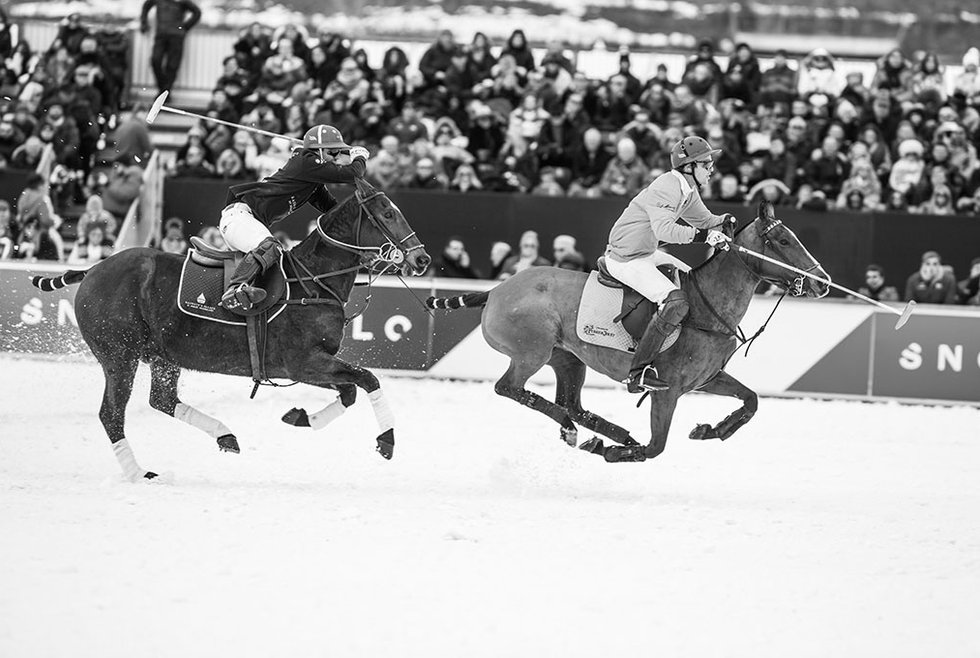 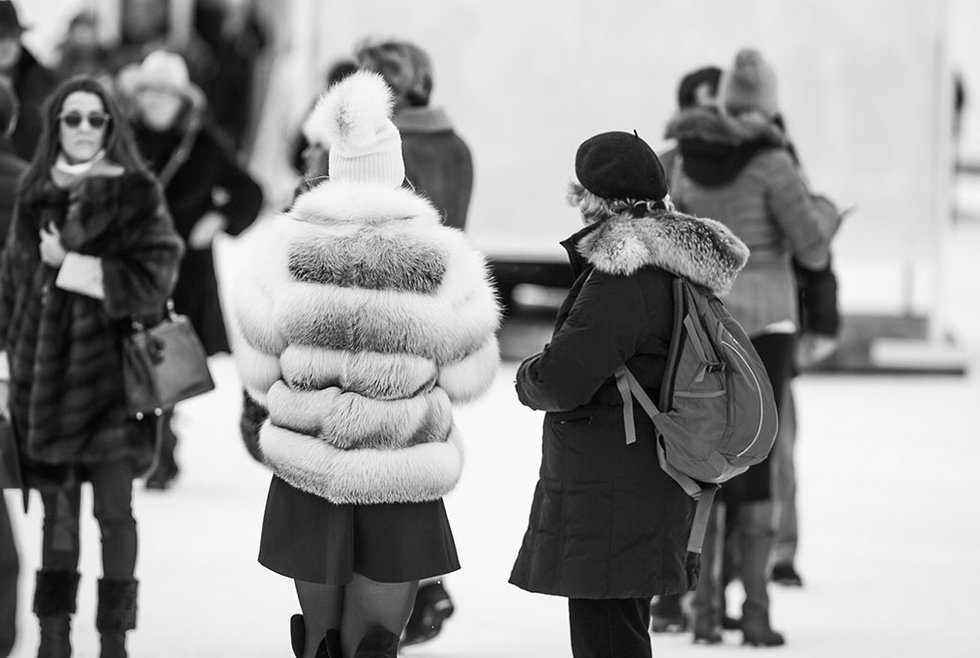 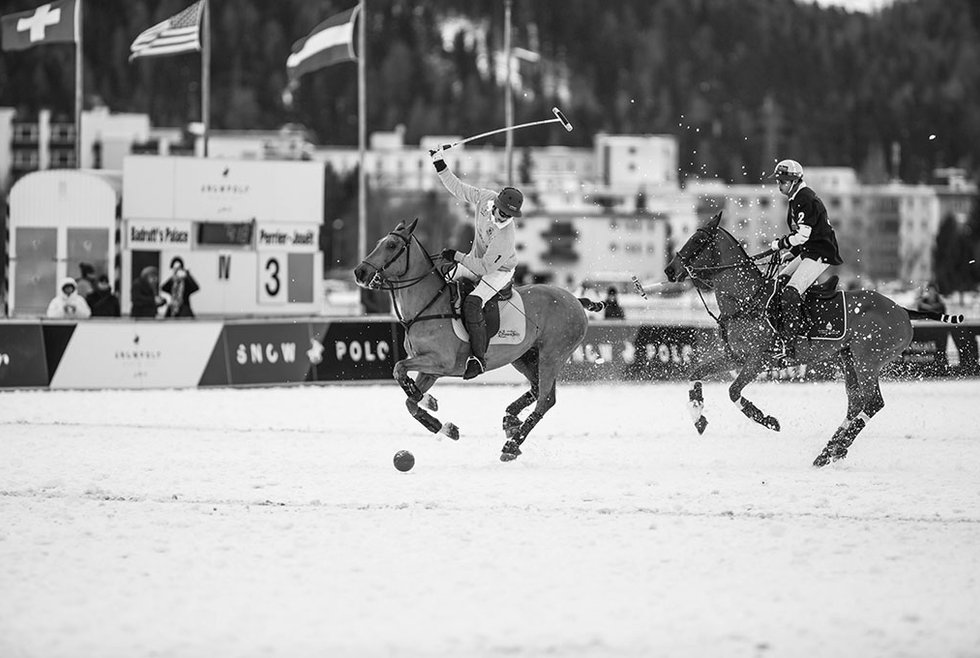 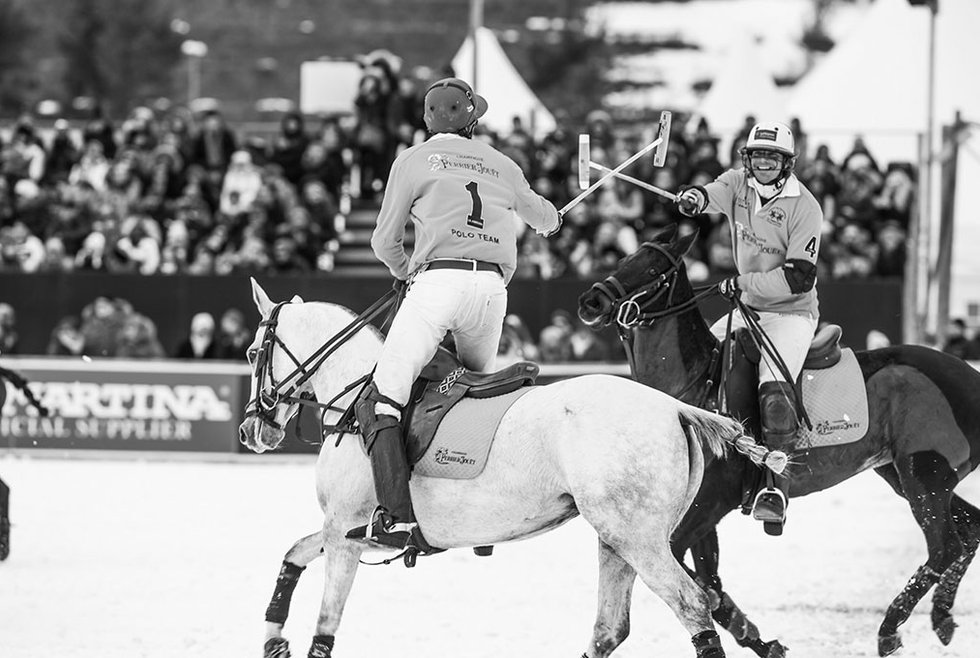 “In St. Moritz people don’t just watch when someone fell off the horse”

St. Moritz is the world’s most prestigious snow polo venue. For over 30 years, lake St. Moritz has been turned into a gigantic field at the end of January, ready to welcome players and horses with their eyes on fame, glory and the prize money. “What’s so nice about St. Moritz is that people are really interested in the sport. They don’t only watch when someone fell off the horse. They know the sport, and the atmosphere is always fantastic,” explains Cedric Schweri. He takes it in stride that he and his team lost against Team Badrutt’s Palace Hotel: “You quickly let that go. There’s nothing you can do about it anyway. And as soon as you are back on the horse, you are back in good spirits anyway.” When the game is over, Cedric does not disappear in the athletes’ tent or the VIP area. He gets his little son, sits him in the saddle in front of him and takes him on a ride around the lake. Afterwards, he takes the two-year-old’s little hand, wrapped in a warm mitten, and pats the horse’s neck: Well done. “My kids have a thing for horses. If they want to play polo one day, they can start early,” he says before disappearing in the crowds of spectators. It is 2 p. m., the party is in full swing, the music louder than before, people raise their glasses, pat the players on the back. Well done.