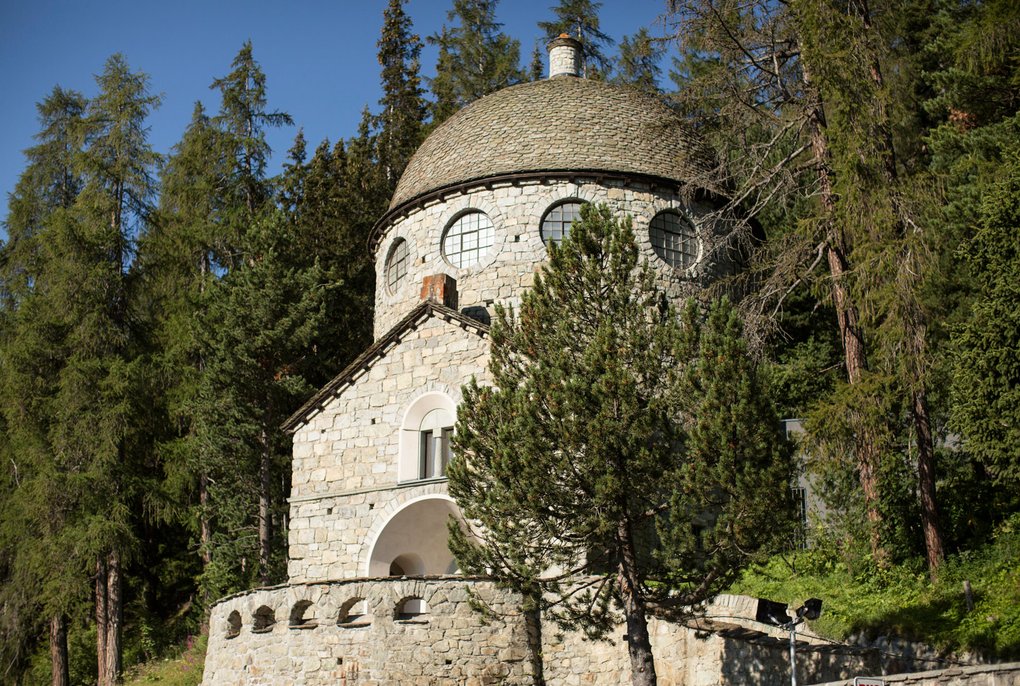 When painter Giovanni Segantini came to the Engadin from his native Italy, he was so captured by the magic light falling on the region’s lakes and mountains that he decided this was the place where he wanted to spend his life. His vision was to present the “valley of light”, as he called it, at the 1900 World Fair in Paris. He came up with the idea of building a majestic pavilion where he planned to display his three main works “La Vita”, “La Natura” and “La Morta” – known as the “Triptych of Nature”. Unfortunately, he could not procure the funds needed to realise the project.

In his three major paintings, marvellously reflecting the luminescent beauty of the Engadin valley, Segantini dealt with the eternal questions of mankind: Where do we come from? What are we? Where are we going? Shortly before finishing “La Morta” (Death), Segantini fell ill and died soon after in September 1899 in a mountain hut on the Schafberg near St. Moritz, his last words supposedly being “I want to see my mountains.” Nine years after his death, a museum was opened in his honour in St. Moritz. It was initiated by Oskar Bernhard, the doctor who had been by his side on his deathbed, and built on the spot on which soft sunrays fall behind snowcapped mountains in Segantini’s painting “La Natura”. The fascinating architectural building with its cupola was inspired by Segantini’s sketches for the World Fair pavilion.

Still today, 100 years after its opening, the Segantini Museum attracts art lovers from all over the world. “60 per cent of our visitors come to the Engadin just for the museum,” says Claudia Pedretti, the museum’s curator for the last 30 years. “The domed hall, where his three main works are exhibited, can be hired for company events or weddings. Boris Becker, the former German tennis star, for example, got married here. We also offer guided tours and many art mediation events.”

The number of visitors is impressive: On some days, up to 1,000 people come to see the museum. It’s not surprising for Pedretti. “Many of Segantini’s contemporaries dealt with urban motives and topics. He, however, was so drawn to nature. He loved to work under the open sky and was the first to depict the Alps as a place where humans and animals live. Before him, the Alps were mostly presented as something dangerous or unapproachable.” It was Segantini’s special talent to capture the effects of the region’s outstanding natural light in his works, as everyone can now see in the museum. Or, as Pedretti puts it, “he wanted to draw the world’s attention to the beauty of the Engadin. How wonderful that he has now accomplished that through this museum.”