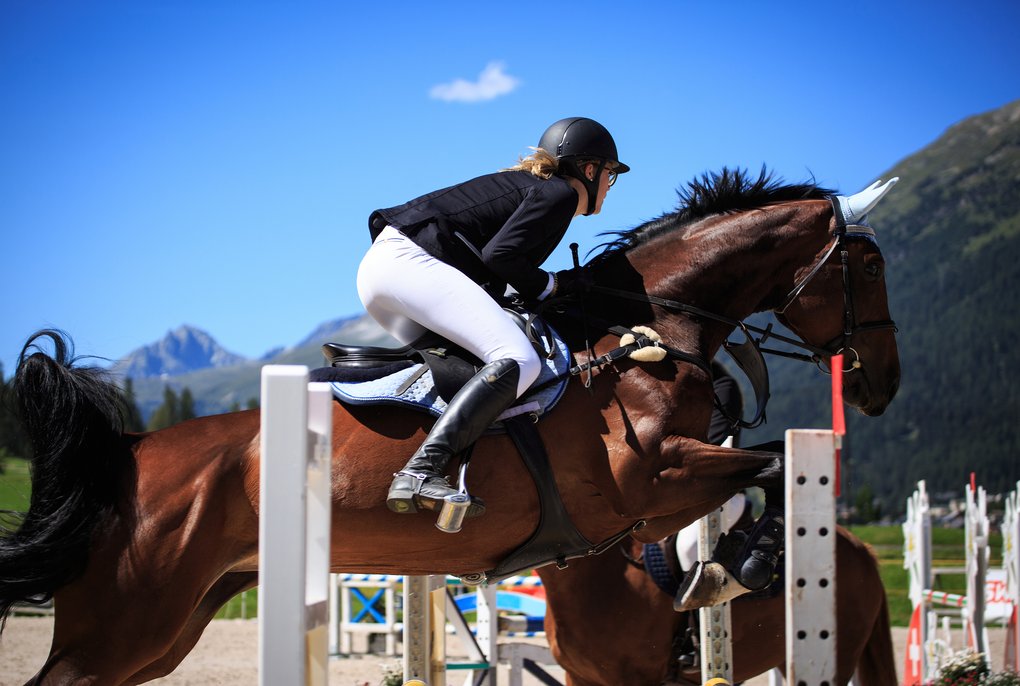 Zuoz is a small village by the Inn River, 18 kilometres north of Sankt Moritz. It has a population of no more than 1.250 and is usually known for its tranquil, intimate atmosphere. Except once year, when the picturesque little Alpine village turns into a mecca for horse riding enthusiasts from all parts of eastern Switzerland. Why? Because of the Concours Hippique Zuoz, a show jumping tournament with a long tradition. “In 2016 we had 1100 entrants, more than ever before. But we still want to make sure the event keeps its personal character,” says Roman Thöny, president of Concours Hippique Zuoz.

The event’s history traces back to 1969, when it debuted as a cavalry show tournament. “Back then there were 10 participants,” Roman Thöny remembers. Of course, he is happy his event draws more than 1000 entrants today. And he knows why it does. “It’s great to see there are so many horse riding lovers in Switzerland. For many people, horse riding is their favourite pastime. And St. Moritz has so much to offer, from rugged paths to wooded trails and scenic tracks along our beautiful lakes…”

During the Concours Hippique Zuoz, there is always a lot of hustle and bustle between the stable tents. Before they proceed to the starting area, participants take the time to adjust saddles or take pictures with their horses. In 2016, the tournament was held on sand for the first time, until then, it took place on turf.

69-year-old Milo Mohler has been a Concours Hippique regular for many decades. He participated 45 times, always with his own home-bred horses. And he has seen it all: “There was even one year when it was snowing in the middle of August,” the passionate horse breeder recalls, laughing.

Equally enthusiastic about the Concours is 10-year-old Hannah Vetterli, even though her horse Kaspar decided to skip one of the hurdles today. “It’s all Papa’s fault,” Hannah says, “He gave me the wrong directions.” Since Hannah was still ranked 7th in the tournament, she didn’t give her Dad too much of a hard time. Despite her young age, Hannah participated for the third time this year and of course, she wants to come again next year. So does Milo Mohler, by the way, as well as thousands of other horse riding enthusiasts.