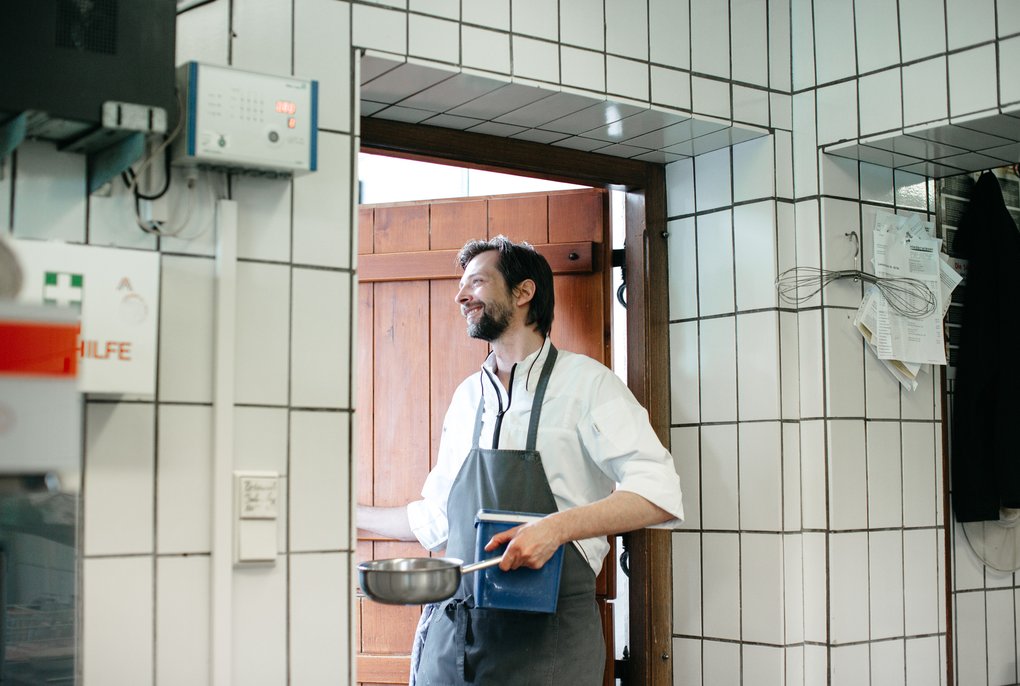 Every good chef bases his cooking on a philosophy, a few more or less elaborate principles. Christian and his brother Markus Winkler run the gourmet restaurant Winkler's im Neuwirt in Kitzbühel - one working in the kitchen, the other front-of-house - and were awarded three toques by Gault Millau. Still they refuse to be categorised among the “squeeze bottle and fancy foam“ restaurants. What that means becomes clear when the brothers talk about themselves and their culinary concept.

The Winkler brothers recently had to move their business to a new place. Munich was an option that had a certain appeal to them, but in the end, they went for Kitzbühel. “I always said Kitzbühel is perfect if you have the right circumstances. And what we were offered here was just so attractive. This is almost as good as it gets,” says chef Christian, the older one of the brothers who were born and raised in Styria but have been living in Tyrol for 30 years. After cooking in Kitzbühel’s Schwedenkapelle restaurant, they now run the prestigious Neuwirt restaurant, also in Kitzbühel. While both are trained chefs, they soon found out that each of them has his preferred sphere: Markus enjoys interacting with guests while Christian favours being creative in the kitchen. So that was that. But would Markus fill in if Christian was ill? “Christian never falls ill,” says Markus, and he does not seem to be joking.

In this business you must not see your job as a job. You have to be 100 per cent passionate about what you do

Maybe their approach explains it: “In this business you must not see your job as a job. You have to be 100 per cent passionate about what you do,” says Christian who peels, cuts, roasts, tastes and orchestrates up to 16 hours per day in his kitchen – and expects his partner in life to be fine with that. Markus, too, only has about ten days off to share with his girlfriend – a year. “You get used to it,” they say and add that their relationships are working; Christian will even get married soon.
Running such a business requires absolute commitment, including all different kinds of skills. “You are an entrepreneur, you are the finance guy, the accountant, the HR and crisis manager,” says Markus. And Christian adds, “And you are the one to change the broken light bulb in the toilet.” The brothers are convinced that guests would feel it if they did it all half-heartedly, and since making guests happy is their top priority, they give it their all. 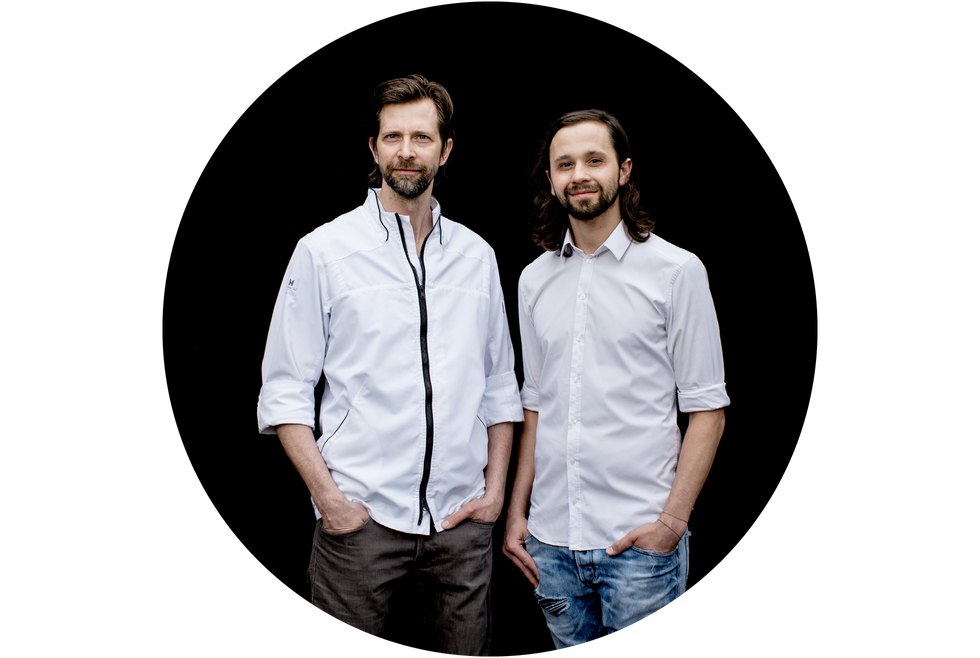 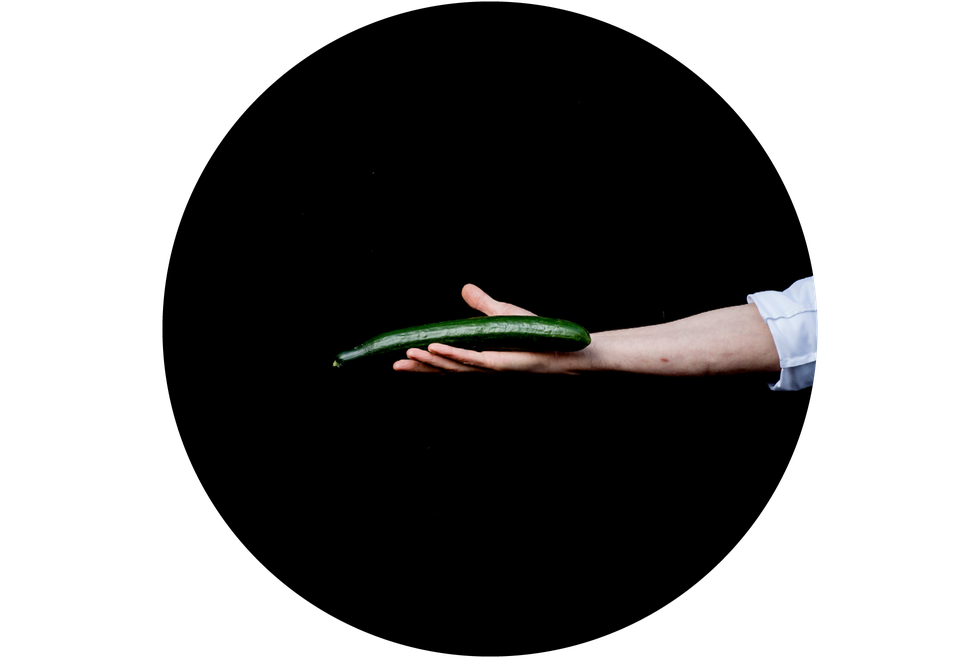 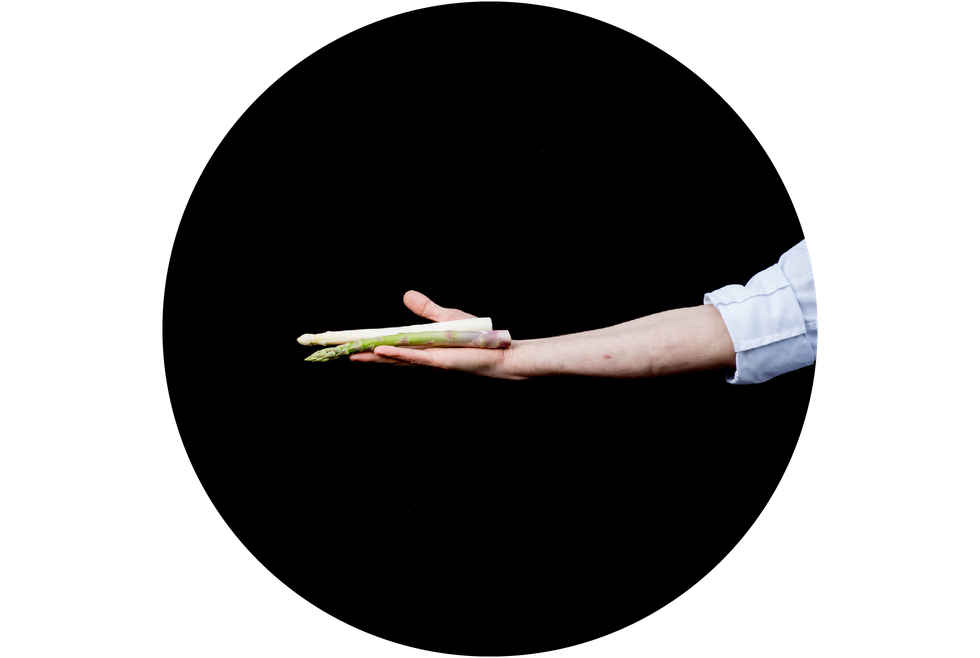 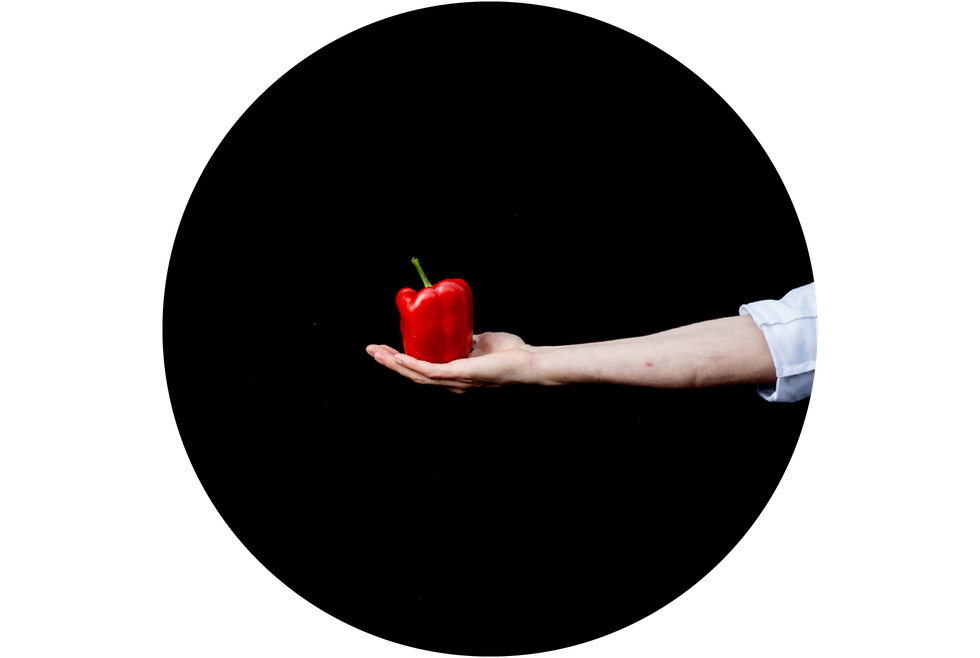 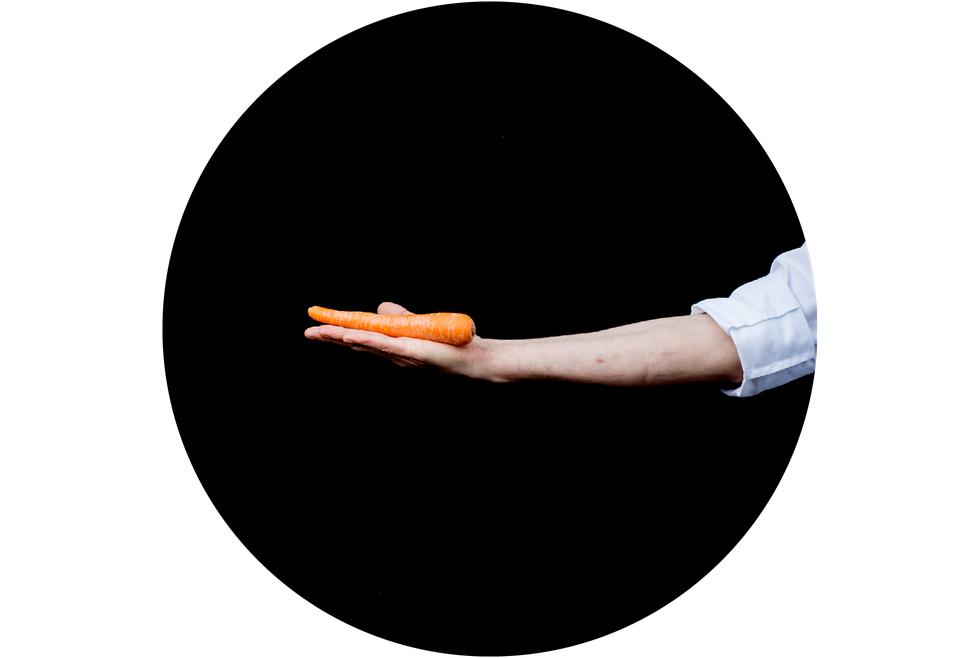 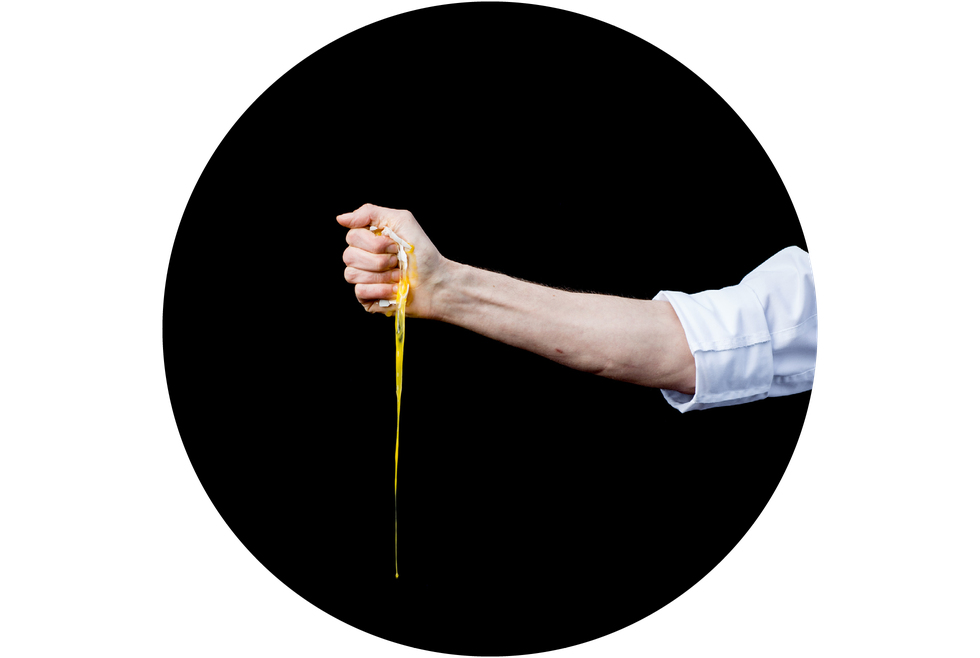 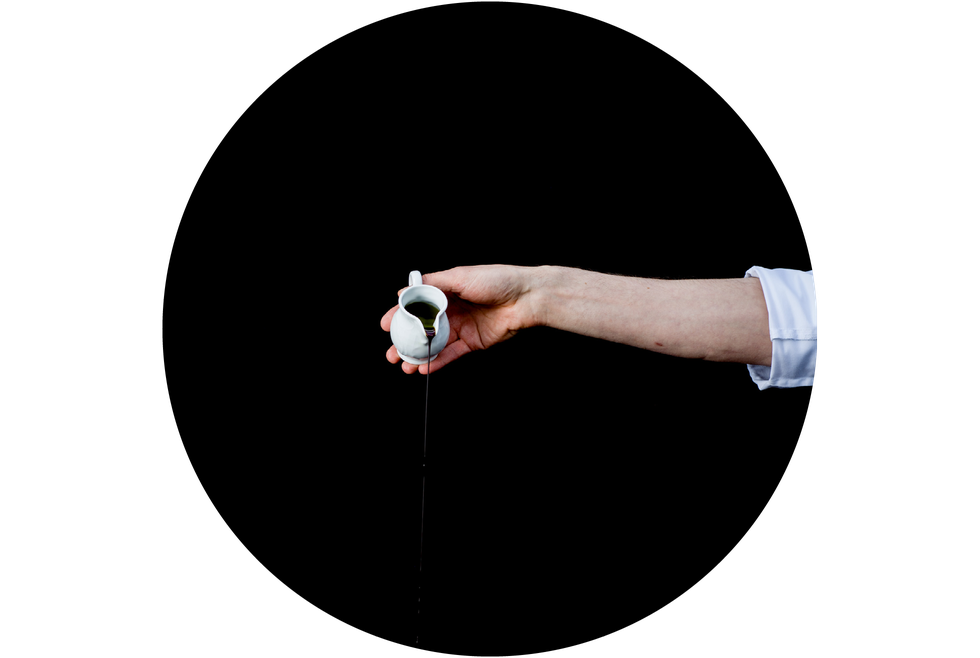 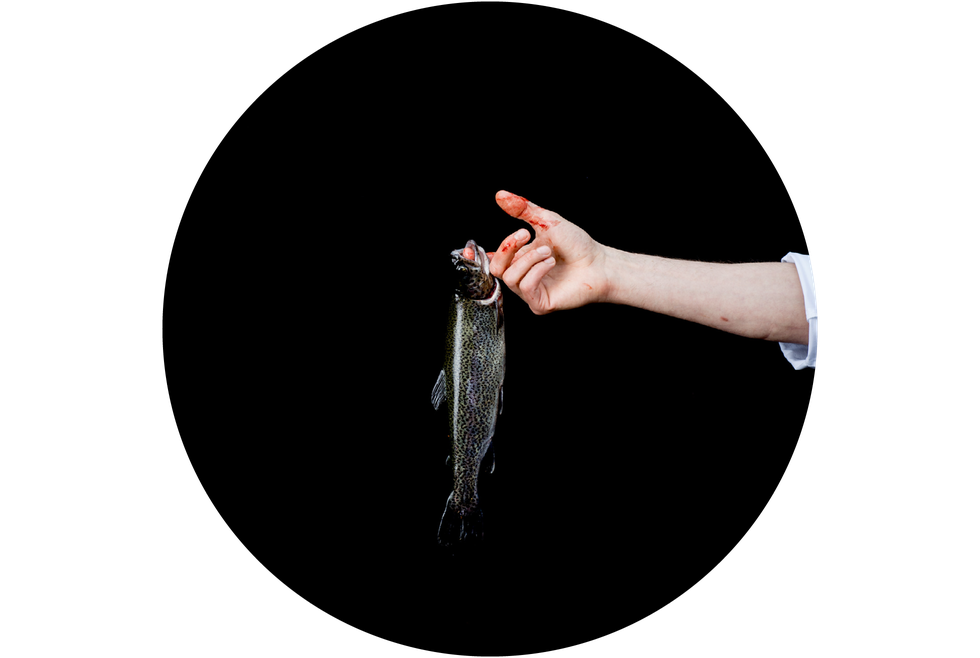 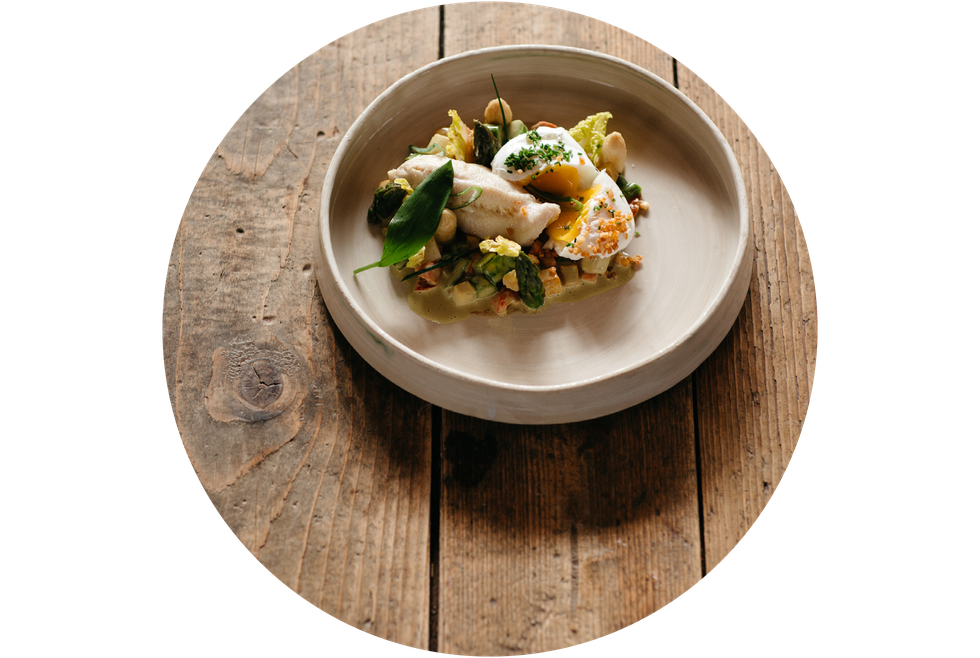 “I am not interested in standing in front of guests with a white napkin and acting all important. Stuff like that drives me nuts. Every guest deserves to be served according to his or her needs, and everyone who wants to know more will get profound information,” explains Markus, and Christian adds, “That is exactly what is so hard to get nowadays. There’s so much bullshitting in restaurants, it’s crazy.” Maybe they just gave the reason why there are so many regulars among their guests? For their most loyal patrons, the brothers might even have something extra special up their sleeves. “When someone comes for the fourth time in a month, they do not want to eat trout or salmon trout for the fourth time. For these guys I sometimes buy some great fish that’s not from around here,” says Christian, the Chef de Cuisine.

Principle #2: Back to the roots

The Winkler brothers’ kitchen is authentic. They are not trying to reinvent anything, for “there is maybe a handful of chefs worldwide who really break new ground, the rest are just very skilled copycats,” says Markus. Their concept: solid, fresh cooking with local ingredients in consistently good quality, turned into simple Austrian favourites like Reisfleisch, a dish of meat and rice, or stuffed bell peppers, all with a distinctive personal touch or, as Christian puts it, “making you say, man, this has never tasted so good before.”
This emphasis on the essentials might also be the result of their 12 years’ work experience in gourmet kitchens. “We consciously back away from that gourmet stuff. No more squeeze bottles, no more fancy foams. When my restaurant is full every single day, something tells me we’re doing it right.”

The monthly billing is their favourite part, the two say jokingly. “In my book, a restaurant with 35 seats and 14 chefs is not a restaurant because it’s clear from the beginning that it can never be profitable,” says Christian and adds, “I have much more respect for any housewife who cooks for a bunch of kids than for a three-star chef who cuts perfect little squares yet ends up 20,000€ in the red each month.” You can clearly feel their aversion to the super pretentious aspects of haute cuisine. Sometimes, it seems, you find your identity by realising what you do not want. This is also how everyone can find their own place, their own niche. No competitiveness, no secret recipes, no danger of burning out in a physically and mentally demanding business.

Talking about burning out: When it comes to de-stressing, the brothers have different strategies. Markus goes golfing or skiing; Christian, on the other hand, prefers to enjoy the quiet of his small Kitzbühel apartment. “Sometimes I don’t even leave my place on my two days off. I listen to music, read and am happy when my girlfriend returns from work at 6.” Either way, finding peace in the hustle and bustle of running a restaurant is key, and sometimes, amid all the buzzing chaos, it just so happens. “You know what’s best? A power blackout. No talking, no ventilation, no noise from appliances, all you hear is knives cutting,” says Christian.