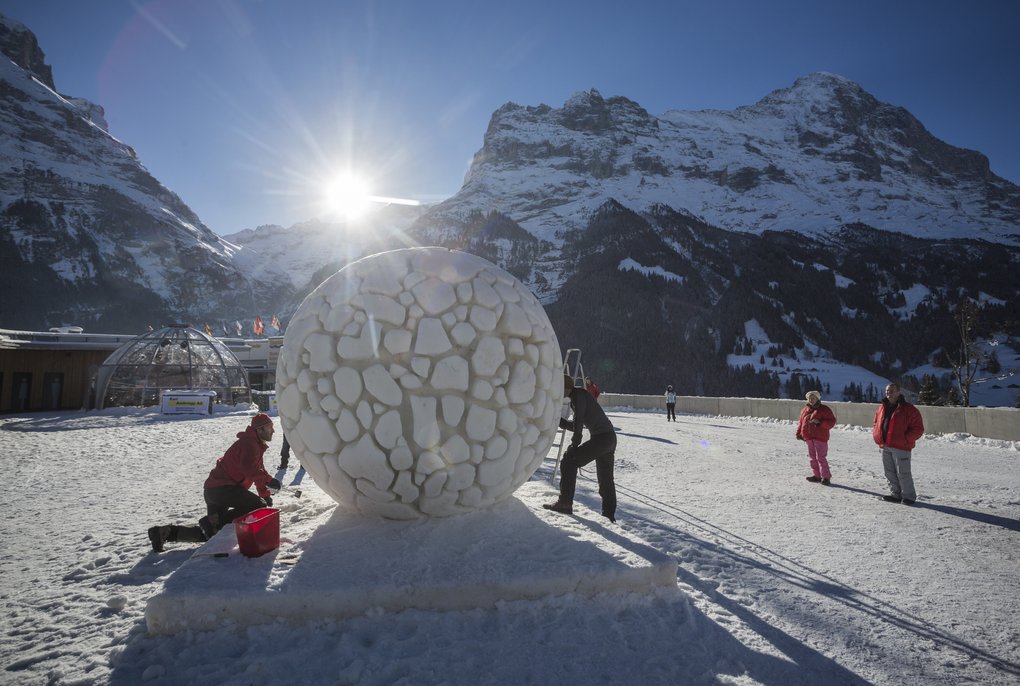 It can be light and flaky or wet and heavy. It may cover a whole village or town within just a few hours and make everything pause. The second it reaches the ground it starts disappearing again. Many love the distinct sound you hear when you step on it. Snow really is a fascinating natural phenomenon. It enchants the world. However, it doesn’t always fall from the sky just to disappear again. Sometimes it stays a little longer. Like during the World Snow Festival that has turned Grindelwald into a huge outdoor museum every January for the past 34 years.

It is day 4 of that one week in January when ten international teams of four work on 50-cubic-metre blocks of snow in the centre of Grindelwald. They measure, they cut, they file, they smooth, they watch, they discuss. They also put on sunscreen, drink tea from vacuum flasks and breathe white clouds into the cold air. The sun is shining and the temperature is about zero degrees Celsius. Luckily, it has not been raining so far. Curious bystanders watch the artists examine their white pieces of art, scratching something here, cutting something there.

“If you go to a museum, you look at the final results – the objects on display. But here you can witness the whole creative process from the very first cut to the finished piece of art. That’s fascinating,” George Farbotko from Team USA tells us. He has been participating in the festival since 1989 and loves to come to Grindelwald. Over the years, he has built great friendships with the people from the village in the Bernese Alps. He likes the relaxing and cosy atmosphere that feels “like being with family, just without the arguments,” he tells us, laughing, while his wife Janet and his daughter Anna are still working on their short-lived piece of art. There is no such thing as competitive thinking. From this year on, there won’t even be a jury anymore, but the sculptures will be evaluated by the visitors and the artists themselves. 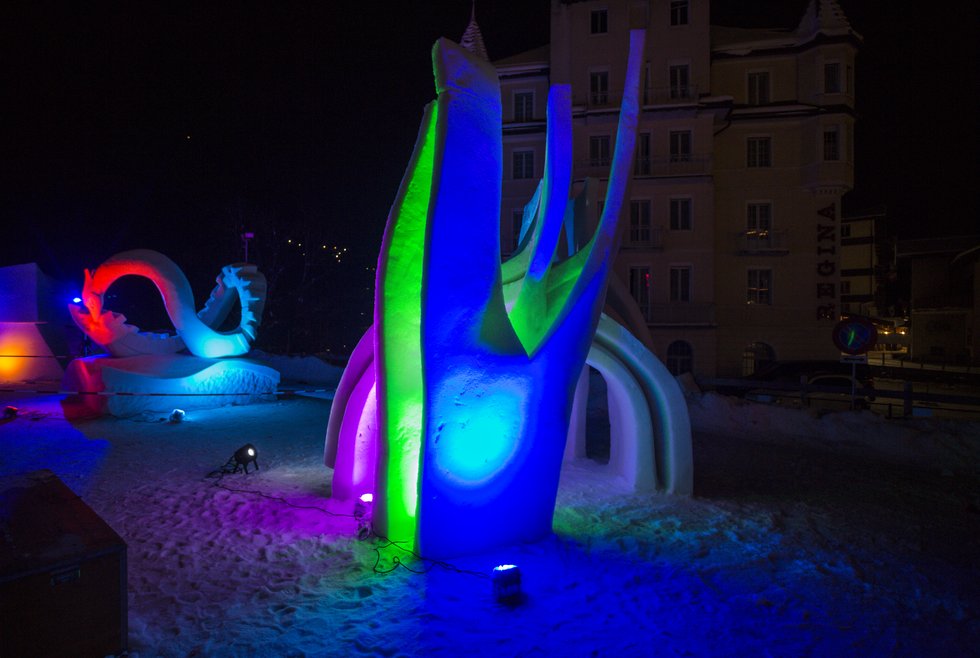 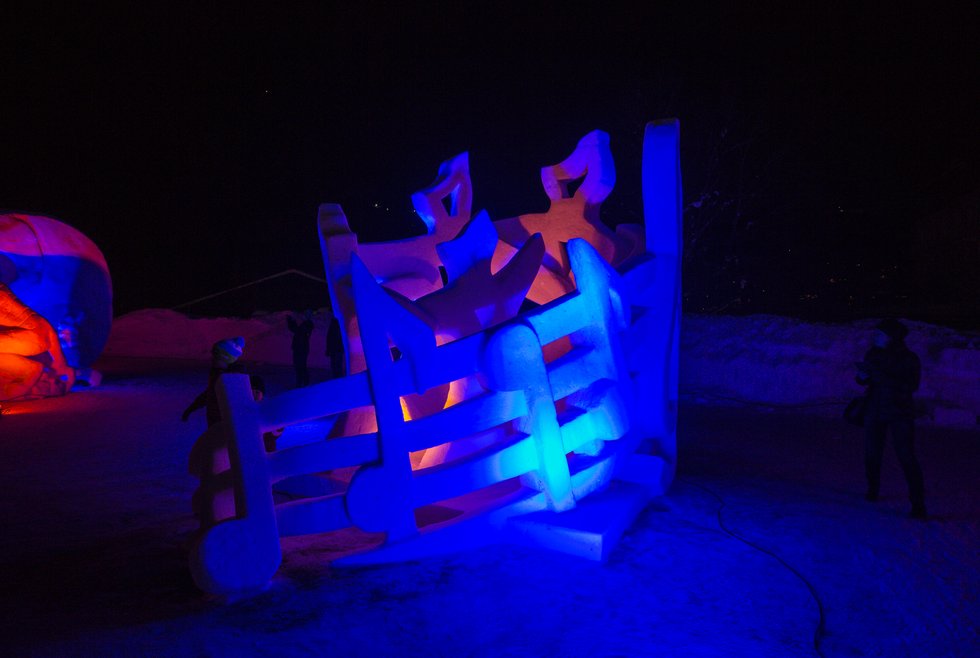 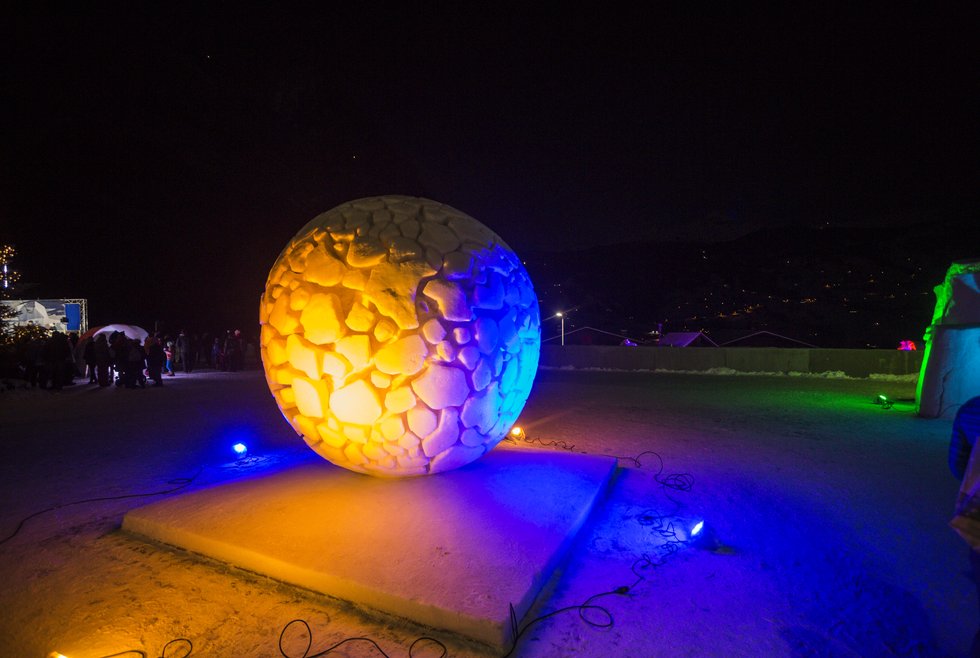 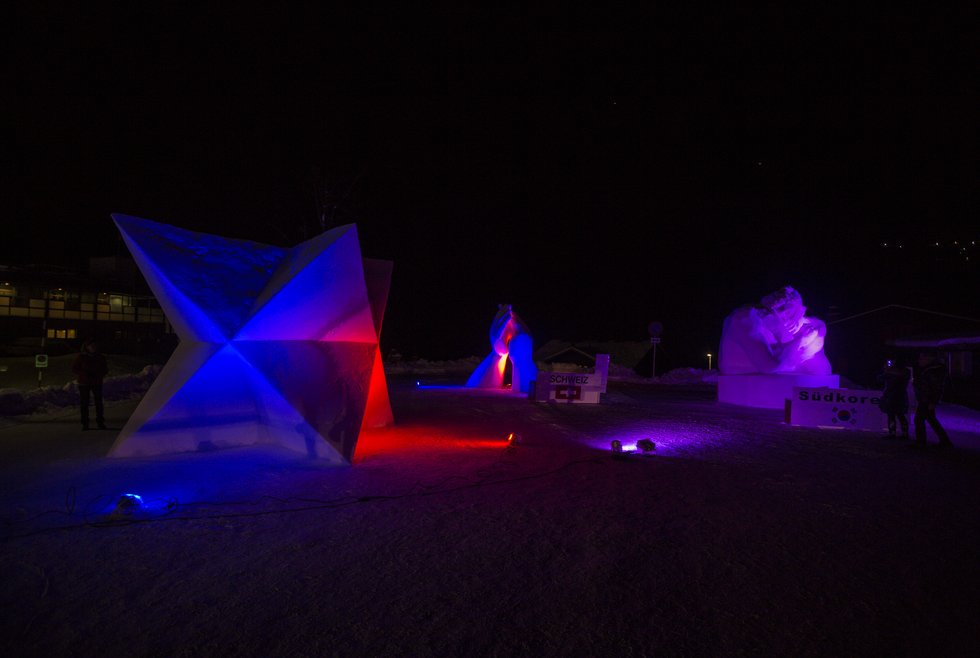 Former festival organiser Hans Schlunegger might also stop by today. He organised the event for 22 years and was in charge of everything, from finding sponsors to having the snow delivered, to taking care of the participating teams. Today, he attends the event at the Baerplatz square merely as a visitor. And as a friend: “Some of the teams like USA, Netherlands or Germany have been part of this from the very beginning and became really good friends of mine,” Schlunegger tells us.

The retired event manager likes to remember the many fondue nights and glühwein parties he organised for his artists. He has seen hundreds of sculptures over the decades: “The works I liked best were those where you could actually see what they depicted, like a face or an animal.” He was there the day when a sculpture broke into pieces in the middle of the award ceremony because “the snow was too powdery”, and vividly remembers that year when the works could not be finished due to the foehn, the occasional warm wind typical for Alpine regions. “Whenever it started raining and the snow wasn’t good to work with anymore, we had to improvise. That’s part of the game,” Schlunegger says. Or, how Karl Chilcott from the Swedish team puts it: “The challenge is to come up with an idea that allows you to go with the flow.”

This year’s sculpture of the Swedish team, who take part for the second time this year, is called “Playing Snowball” and shows a big snowball that, depending on the viewer’s interpretation, is either falling apart or being put back together. Some might say it is about to explode, while others will get the impression it is about to reassemble itself. “Like a pulse that expands and contracts again,” Karl Chilcott describes the concept behind the work he created together with his team for this year’s event theme “Harmony”.

Team USA followed a different approach. Their sculpture intends to illustrate the cycle of life: “The new is turning old, the weak is getting strong, beauty is created from the ordinary. Nature is always in motion and constantly changing, and that’s pure harmony,” says the sculptor from Illinois who loves working with snow, especially because of the volatility of the material. “I like being forced to improvise. You have this fragile material, the weather and four people with different opinions that all contribute to this process. Of course the final result may differ significantly from the original concept,” the artist says.

However unpredictable the results might be, the World Snow Festival has been a very reliable part of Grindelwald’s event calendar for many years: It started out with a huge Heidi sculpture created by Japanese artists in 1983 and turned into a big annual event that draws visitors form all corners of the world, coming to see the beauty of this short-lived art. Also this year the beautifully illuminated sculptures will be melting and disappearing again within just a few days after the event. But the next festival is in the works and its current organisers are probably already discussing the upcoming theme. Hans Schlunegger, on the other hand, is already looking forward to seeing his good friends again next year, during that special week in January.