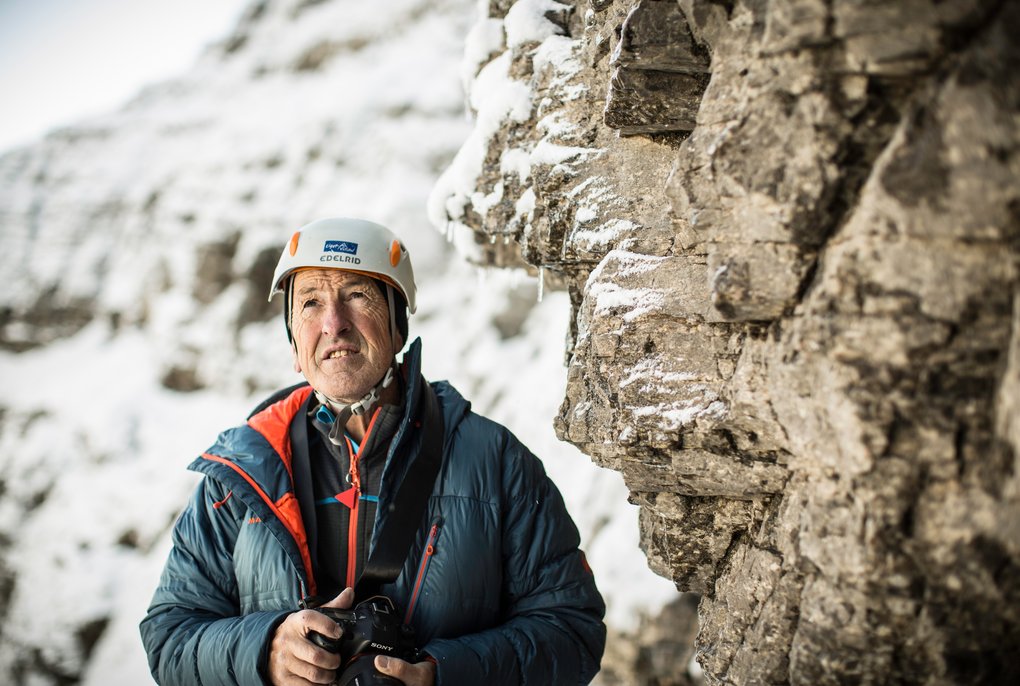 Again and again, Peter Füllemann aka Speedy laughs impishly, almost childlike, when he tells stories from the 70 years of his colourful life. A life that, in his own words, “happened in several episodes” and, in our words, is anything but conventional.

Episode 1: When Speedy was still Peter

There was nothing young Peter loved more than roaming the mountains of his native Grindelwald with his father, the hotelier and artist painter Dani Füllemann, who opened his eyes to the sensational beauty of the unique landscapes of the region. Sure enough, Peter let the guests of his family’s hotel, the “Gletschergarten” in on the characteristics of the Eiger North Face via telescope, and, after impressing them with his knowledge, went on to change their bedpans in the morning.

Teenage Peter loved sports. Having a talent for tough ice hockey as well as elegant curling, he excelled at both and even played in the Swiss national leagues of both disciplines. Moreover, he served as the president of the Grindelwald Tennis Club, and soon also discovered his passion for mountaineering. Most of all, however, he loved being a skiing instructor, and that is also where he earned his nickname: Speedy.

Episode 3: When Speedy made music

Aged 23, Speedy opened a sports and fashion store which he would run for 40 years in addition to being a skiing instructor. And while this would be enough on most people’s plates, Speedy kept looking for another hobby. Already as a student he had played in a band. In 1987 he returned to this passion and, together with some friends, founded country band “City Dump”. They organised a country festival in Grindelwald, toured Switzerland for 15 years, produced two albums and were even invited to the capital of country music, Nashville. Speedy was the bandleader and played the piano, guitar, drums and harp. “Those were the wild days. We rode our Harleys a lot,” he sums it up.

Episode 4: When Speedy turned to acting

The day came when living the life of a musician became a burden. “We played until four in the morning every weekend. Then I had to go work in the store. It just became too much,” he remembers. So Speedy went looking for pastures new – and soon found them in acting. For eight years he worked as a “semi professional” actor in an open-air theatre. As always in Speedy’s life, one thing led to another and he was cast in several movies. Among other roles he played a colonel in a documentary on the crash of an American plane on the Gauli Glacier in the Bernese Alps. Later, Speedy went on a promotion tour around Switzerland for a lottery, playing a winner and handing out free concert tickets and champagne to strangers.

Episode 5: When Speedy became a photographer

A lot of things in Speedy’s life “just happened”, most of the time when he just followed his passions. This is also true for his current occupation: photography. “I have always loved taking pictures,” he says. And now, after closing his store, there is finally enough time for it, he says, “sometimes I just grab my camera and go up to the mountains of Grindelwald.” Patience and watchful eyes make for great motifs: fox kits, marmots or a half moon just about to disappear behind the Eiger North Face. Some of his shots were even published on the website of National Geographic and the like, putting him in touch with other photographers who take him with them on their journeys around the globe, to Patagonia, Bolivia, Chile, Norway or the Arctic. “I am not a professional photographer,” he says about himself, “and I don’t want a studio and shootings with models. I just love being outside and taking pictures.” More than 5,000 people follow his Facebook site “Pictures of Grindelwald”. In 2015, his photos were shown in the museum in Grindelwald alongside paintings by his late father. 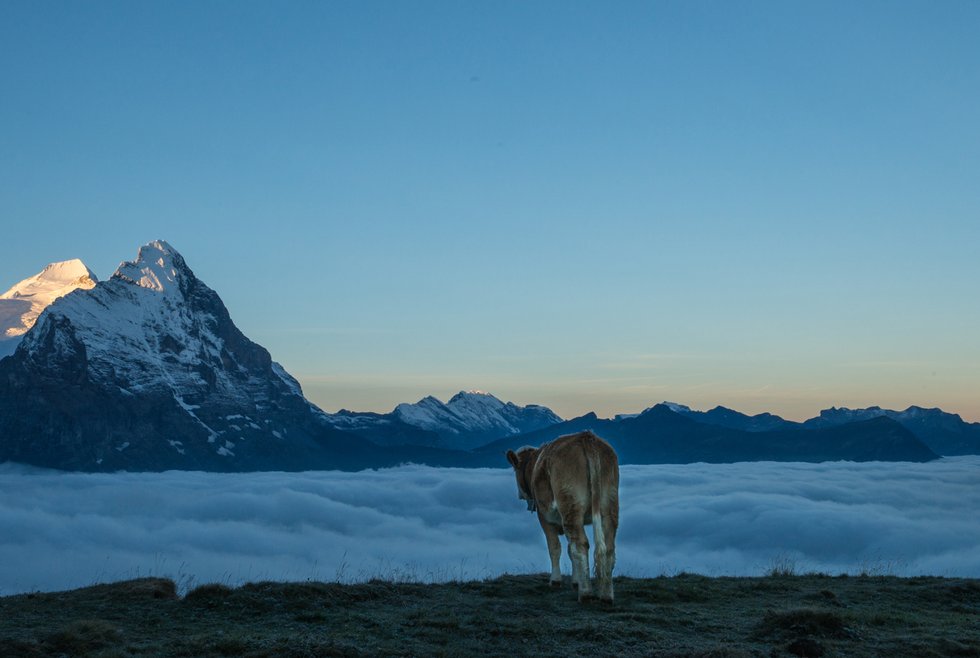 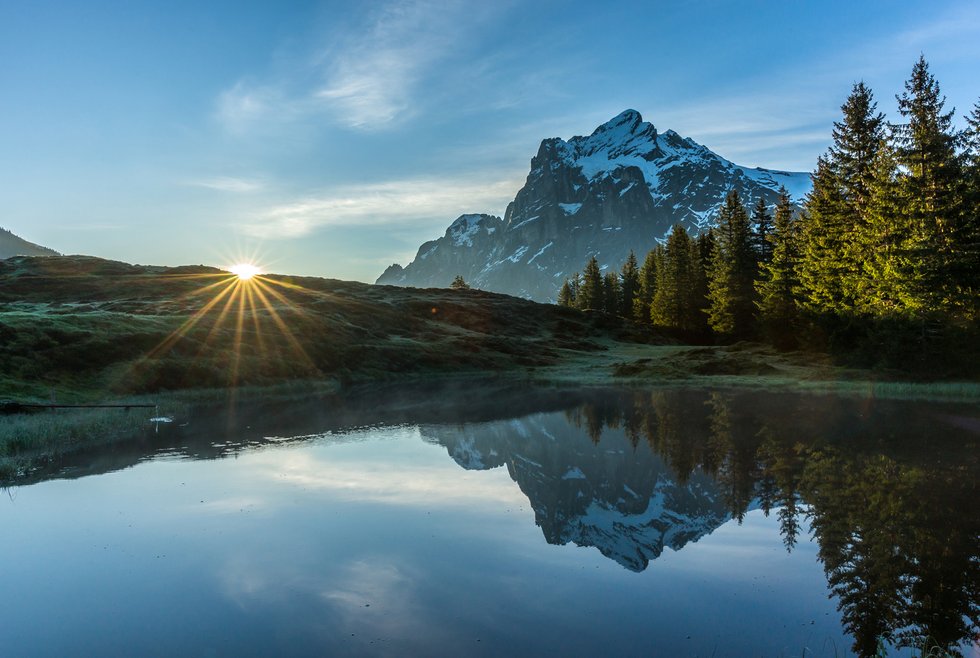 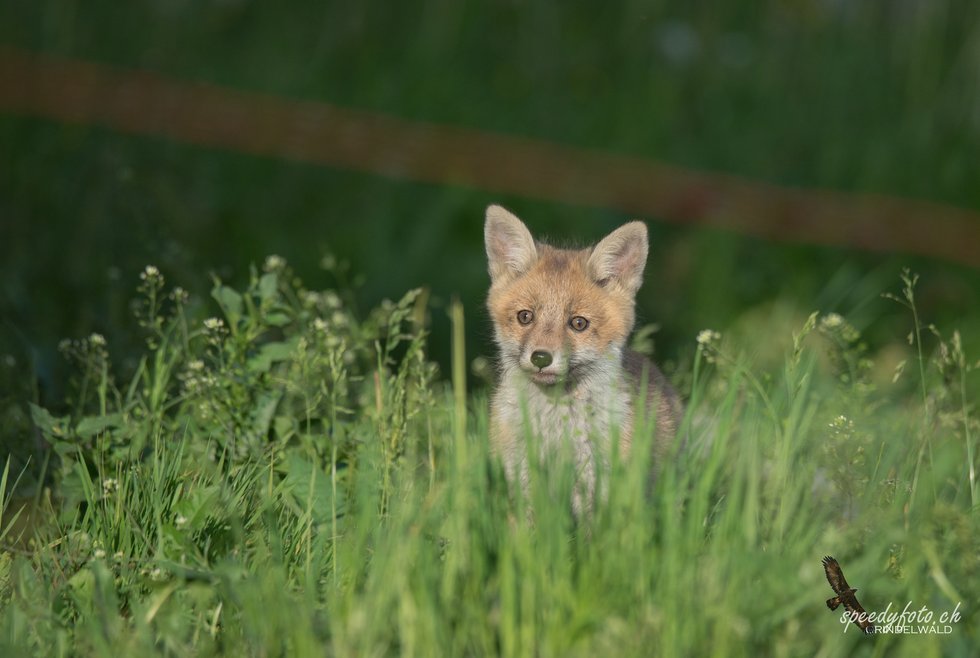 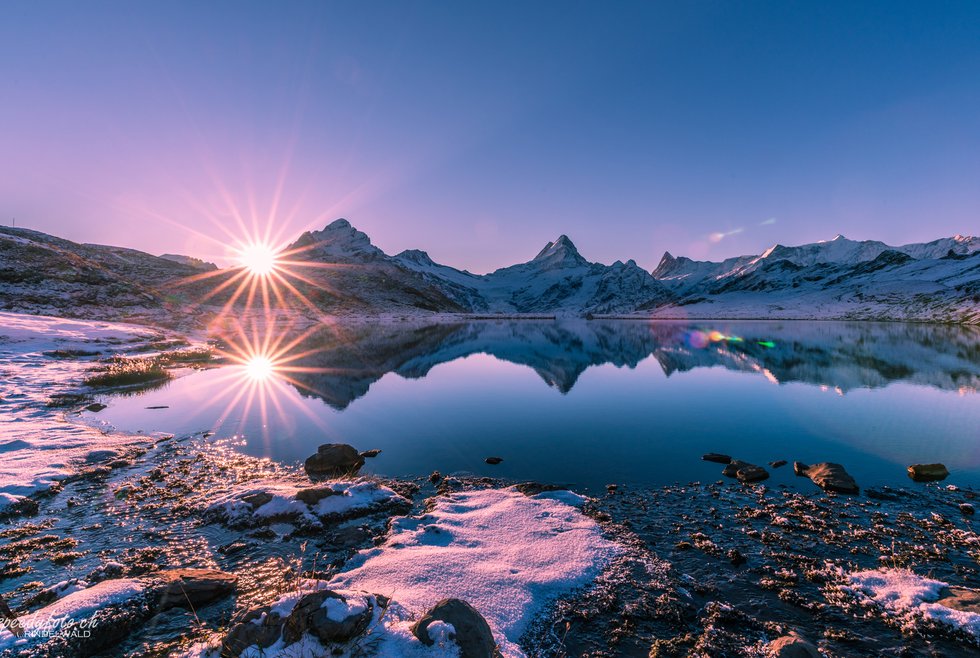 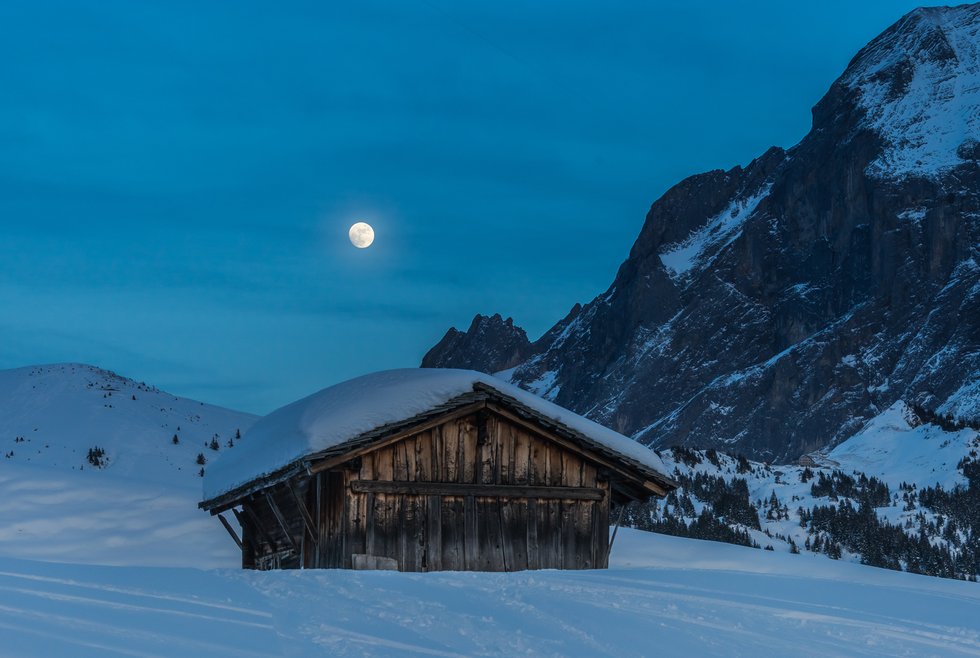 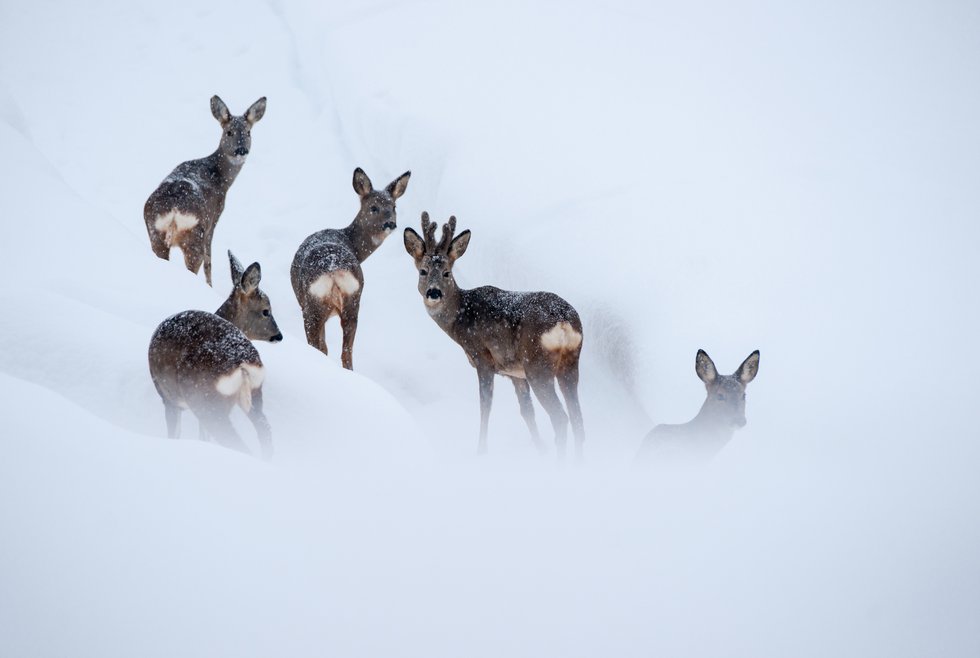 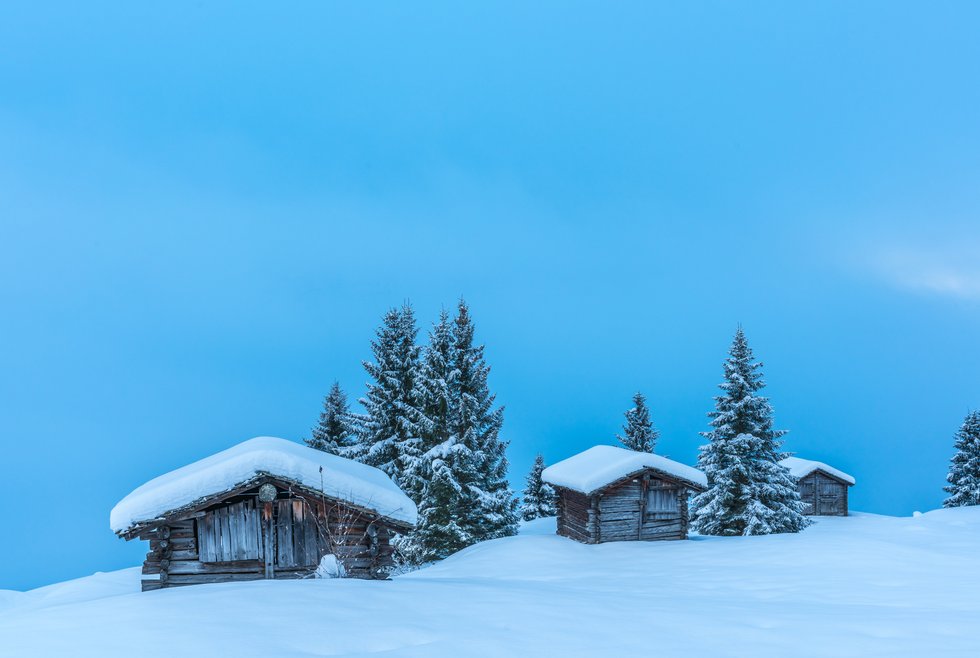 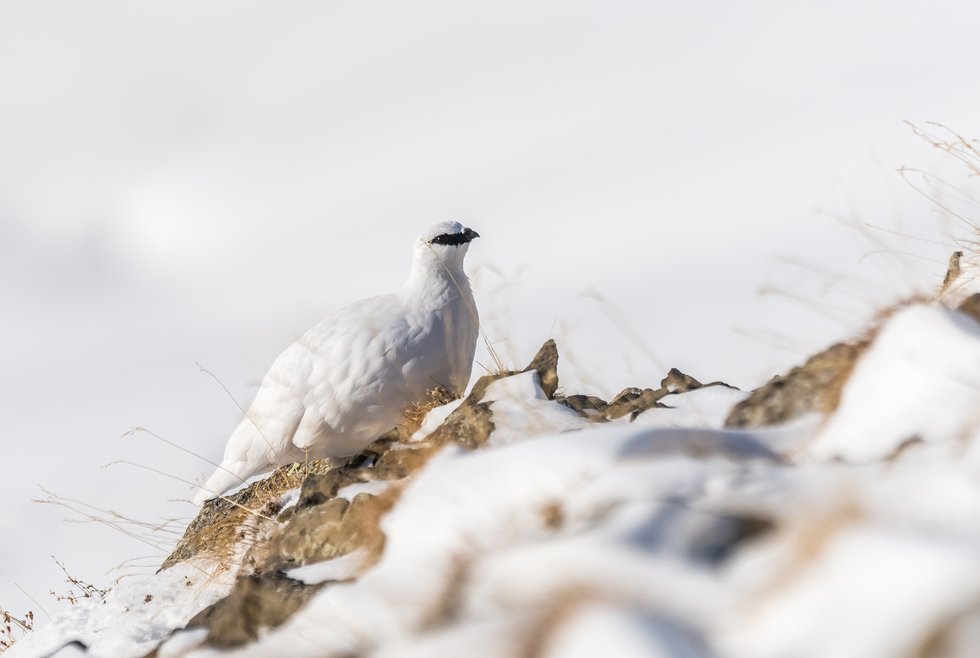 Episode 6: Speedy on the art of living

“At the moment, I just follow the pleasure principle. There is no daily routine in my life,” Speedy tells us. On some days, you might see him up on a mountain at 5 a.m., catching the best light of the day. He does not know what’s next for him, likes to see himself as someone who just masters the art of living. “I definitely inherited an artistic streak from my father. I am also a trained wood carver, although I never made use of that.” And he probably never will. Although, to be honest. with Speedy Füllemann you never really know.