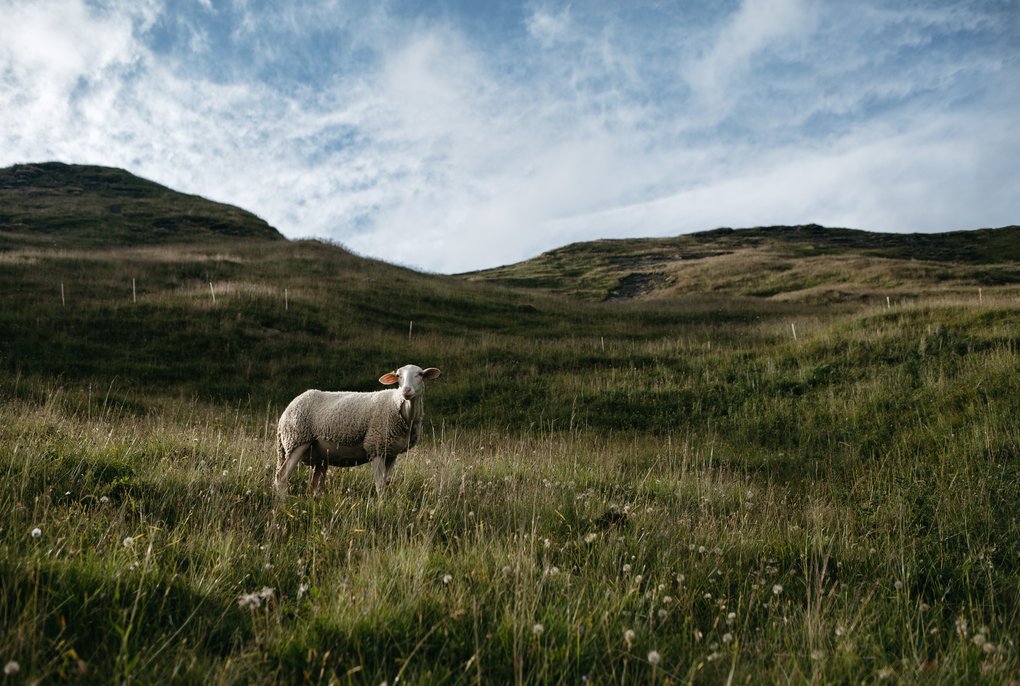 Switzerland is known far beyond its borders for its cheese. And for around three years now, Bruno Appert has devoted himself to cheese production. In a small store at his farm, cheese can be seen neatly lined up in rows. To the right, near the door is the soft, younger cheese, to the left, the older, harder cheese. However, what you won’t see anywhere around here are large, heavy cheese wheels. Appert is different from the majority of his cheese-making colleagues. His business is not part of the mainstream dairy industry: the 47-year old produces sheep’s cheese. Switzerland has around 11,000 dairy sheep and around 50 times as many dairy cows. The sheep are even outnumbered by dairy goats, of which there are approximately 35,000.

Many years ago, a friend of mine said to me “You always have to do things differently. You think you know better than everyone else!” I’ve often wondered if I really was that disagreeable. However, it’s not about me knowing better than others. I just enjoy seeking out opportunities for going my own way in life. I’ve always been fascinated by sheep and goats. And then you’re just considered an  outsider.

Raised on a farm, Appert left school and completed an apprenticeship as a farmer. Since his brother took over their family’s farm and Appert wanted to carry on at school, he decided to train as an agricultural merchant. After seven years working in agricultural consultation, he went on to become store manager at trading and service company “Landi” in Grindelwald. Under his leadership, the workforce grew from one full-time and two part-time members of staff to 14 full-time members of staff and two major construction projects were completed – it was a time of success.

You were extremely successful in your profession so why give something like that up?

At the end of 2010 I had health problems. I probably worked a bit too much. For a long time, I dreamt of running my own agricultural company without knowing whether it would ever become reality. Perhaps there was not enough need for action yet. In the end, it was my illness that confirmed my decision.

Establishing the business presented a major challenge for Appert and his family. The building of pens and purchase of machinery, equipment and animals – a large amount of investment was needed from the very beginning, although it took quite some time before any revenue was received: The lambs that had been purchased needed to grow, get pregnant and have babies before they could be milked for the first time. Only then was he able to start producing cheese. Much of his knowledge is self-taught. Again, some time passed before the products carrying his stamp were ready for the market.

Were you worried that fulfilling your dream could all go wrong?

Obviously you think about that a lot. The financial aspect is extremely challenging. The question is, do I have the courage to turn my dream into reality. I was already in my mid-40s when we started – so you could perhaps say it was my last chance. Sometimes when you reach 50, you no longer have the energy to begin a new project and instead prefer to think about how you can make the last years of your career as calm and smooth as possible.

Appert now has 90 dairy sheep and, including lambs, around 160 animals in total. During the summer he sleeps in the mountains. At around 5 am he gets up to milk the animals. Then he goes home, has breakfast with his wife, makes cheese and looks after the pastures. Although his Lacaune sheep are extremely productive animals in relation to their body weight, they “only” produce 1.5 litres per day, whilst a cow produces around 20 litres. This means that sheep’s milk is considerably richer in terms of ingredients, however in terms of taste it’s very similar to cow’s milk. The longer the cheese matures, the fuller its flavour – however without the characteristic aftertaste of goat’s cheese. At his dairy, Appert produces a medium hard cheese and two soft cheeses, all three of which are now established on the market.

Would you say that your dream has come true?

Things haven’t always run smoothly. Perhaps it would have been easier to set up a farm with dairy cows. You can integrate more quickly and everything is organised much better in a bigger network. I would say that our way definitely wasn’t easy, however when it does all work out, it is even more satisfying.