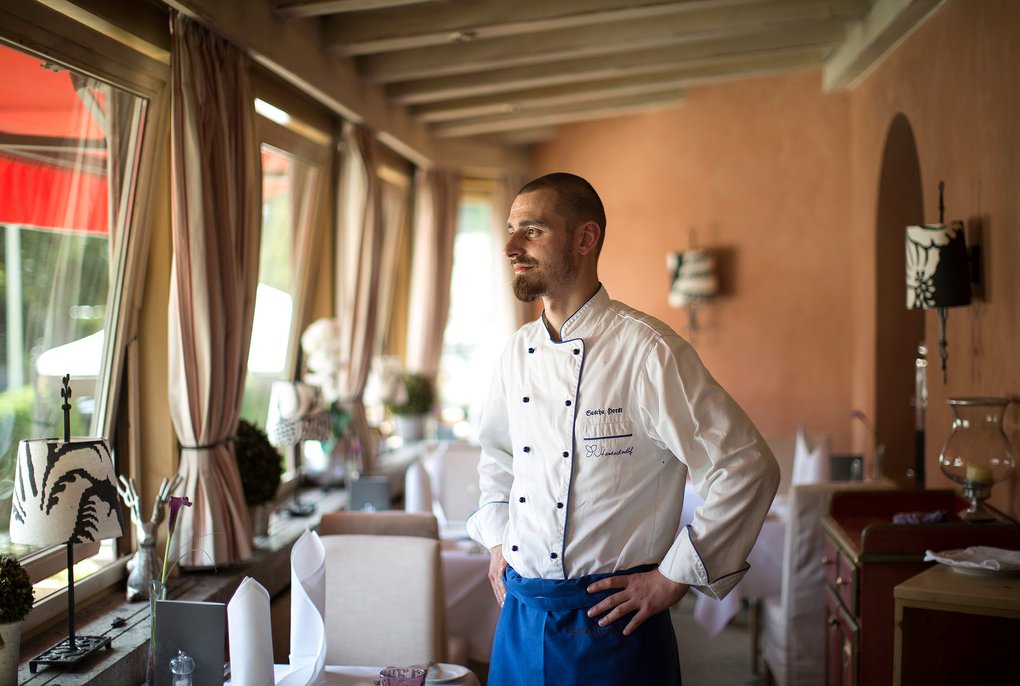 Staudacherhof’s sous-chef Sascha Horst has meticulously prepared everything for today’s photo shoot: from that perfect piece of beef to those exquisite oyster mushrooms and, of course, his Ayurvedic spices, which are so tempting to play with, because of their beautiful colours and their little grains that feel so smooth and pleasantly cool on the skin. Those who know about Ayurveda will probably ask: “Wait a minute – meat? Isn’t Ayurveda all about vegetarian food?” And yes, meat was also what Sascha Horst was thinking of from the very first day of his Ayurvedic cooking advanced training, which he completed in 2013. Because as the chef of a hotel restaurant that serves classic all-Bavarian cuisine, one thing was very clear to him: Without meat this was not going to work. “We usually serve dishes like pork roast, trout and spareribs,” chef Horst explains. Originally from Saxonia, Sascha Horst has been creating his special Bavarian dishes in Staudacherhof since 2006. So, while a classic Ayurveda cuisine excluding all meat was clearly no option for their kitchen, the hotel still wanted to add Ayurvedic dishes to their menu, not least because it would perfectly fit their offer as a wellness hotel. Ayurvedic dishes prepared with meat – was this a contradiction? Only at first sight. In fact, there had already been a patent on combining traditional Bavarian cuisine with the millennia-old concept of Indian Ayurveda. The patent was and is held by Andreas Hollard, the head of the advanced training Sascha Horst had attended. Hollard also came up with the name “Bayurvedic”, and in 2013, the Staudacherhof purchased a licence. And that’s how it all began…

Bayurveda: The Bavarian interpretation of Ayurveda

Bayurveda combines traditional Bavarian cuisine with basic elements of Ayurveda, the ancient Indian school of medicine, aiming at creating a balance of body, mind and spirit. According to Ayurveda theory, this balance can be reached by combining six basic tastes in just the right proportions. What this means for Ayurveda cooking is that every meal should consist of 60% sweet, 15% sour and salty, 5% pungent and 2.5% bitter and astringent ingredients. “This way, your body can select what it needs most and simply excrete what it doesn’t need,” explains Sascha Horst. But how would steak and pork roast fit into this concept, created in a part of the world where cows are worshipped as holy animals? “I always put it like this: Because of the side dishes we use, our bodies will forgive us that little piece of meat. It is all about the right balance,” he says, adding that he likes to have at least one Bayurvedic meal a day. “Maybe you won’t realize a big difference after just one meal, but after a while you will feel how this diet improves your digestion and makes you feel fitter and more full of energy,” Sascha Horst explains. He tells us that he started cooking his first three-course meals for his family as a young child. Today, he creates Ayurvedic chocolate bonbons including spices like chilli or ginger, sour-cherry strudel with dark chocolate coating, and pork roast with stewed white cabbage and roast potatoes. His creations seem to perfectly meet the taste of those health-conscious eaters who don’t want to fully give up on meat or fish. 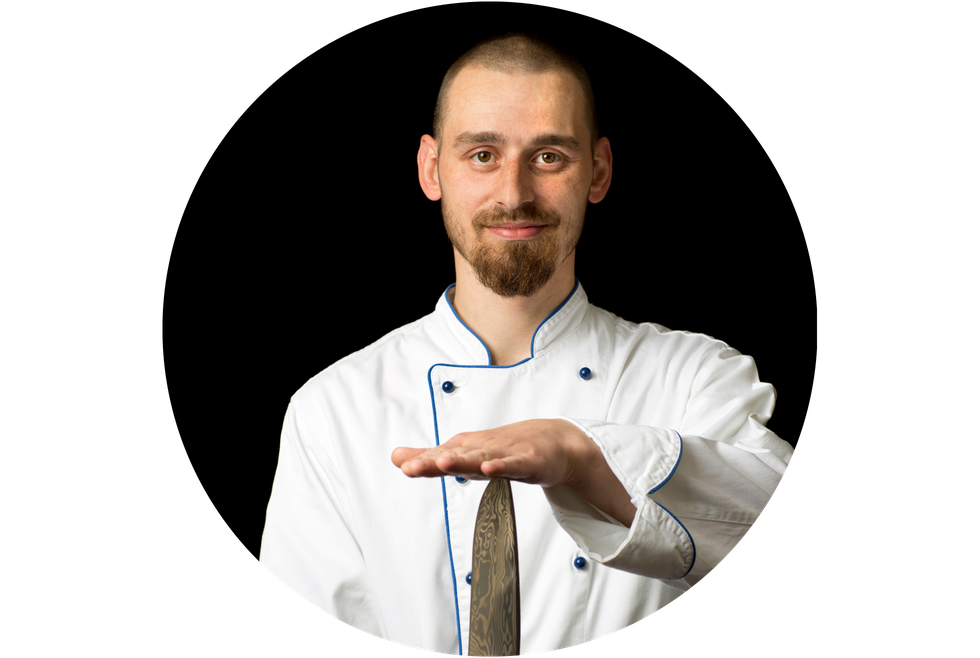 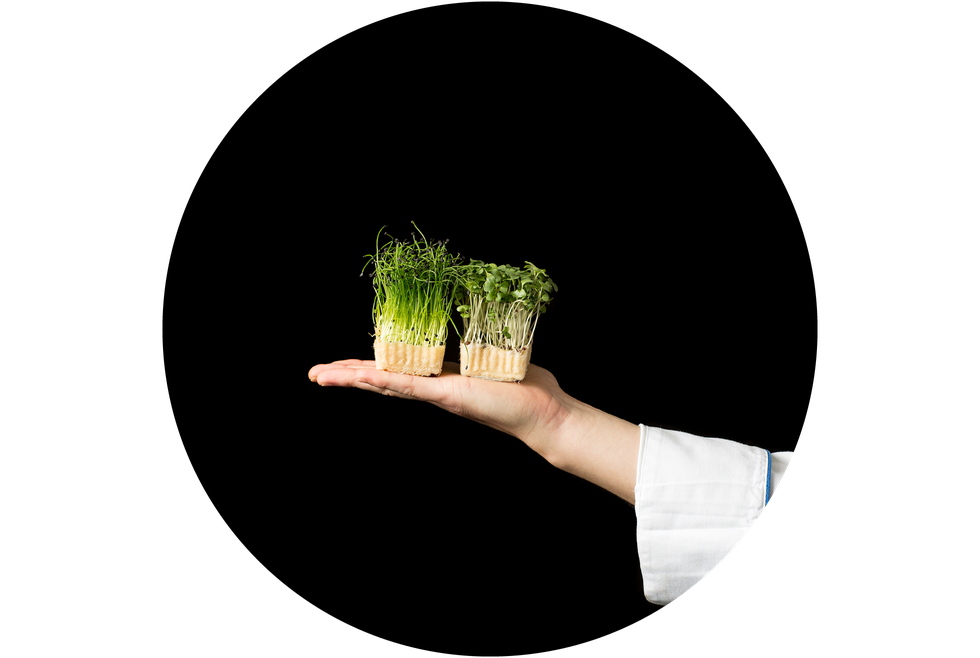 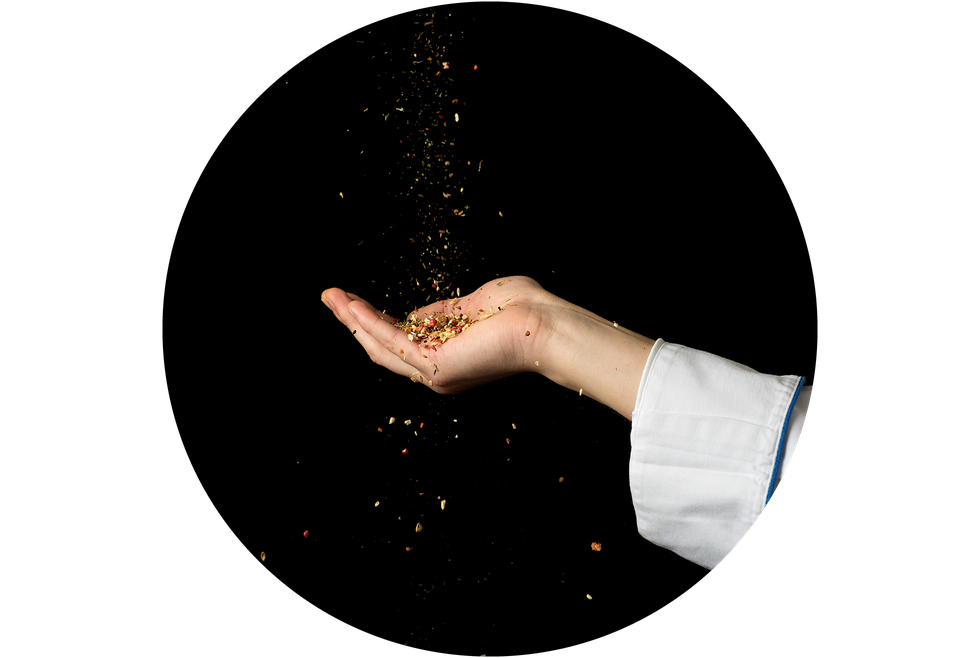 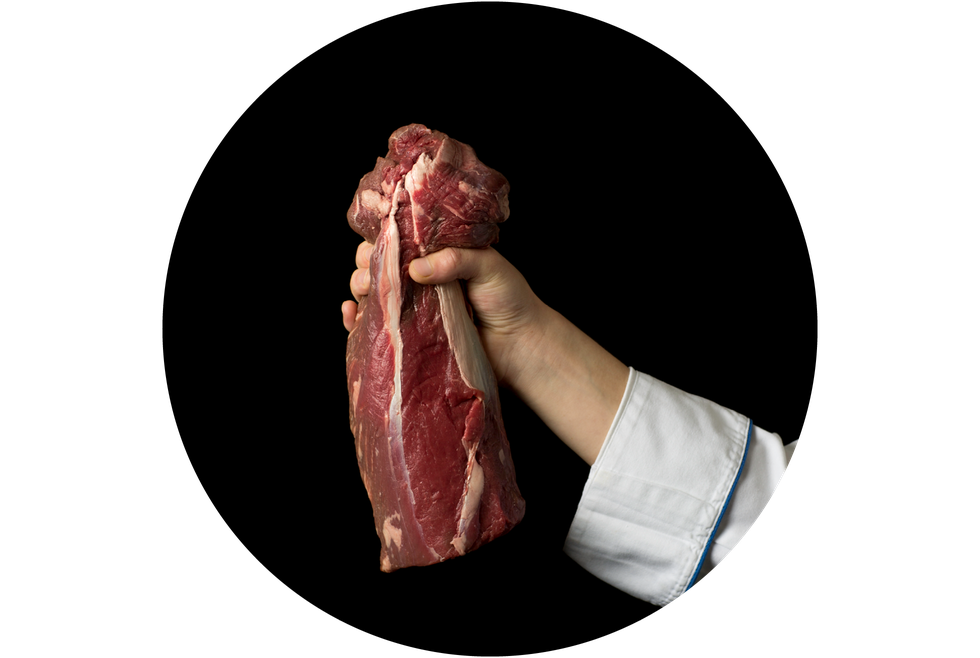 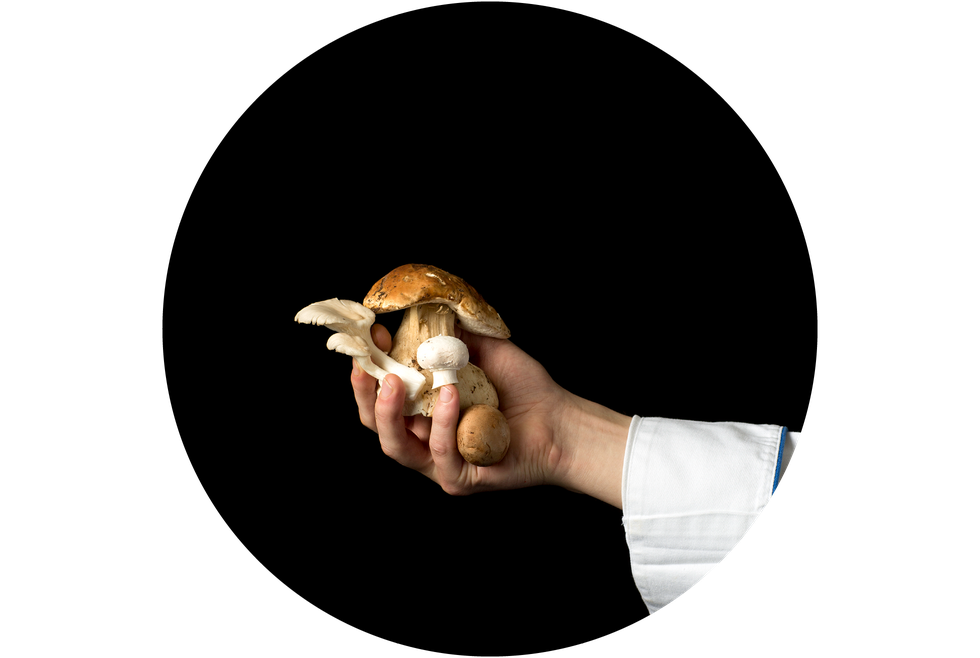 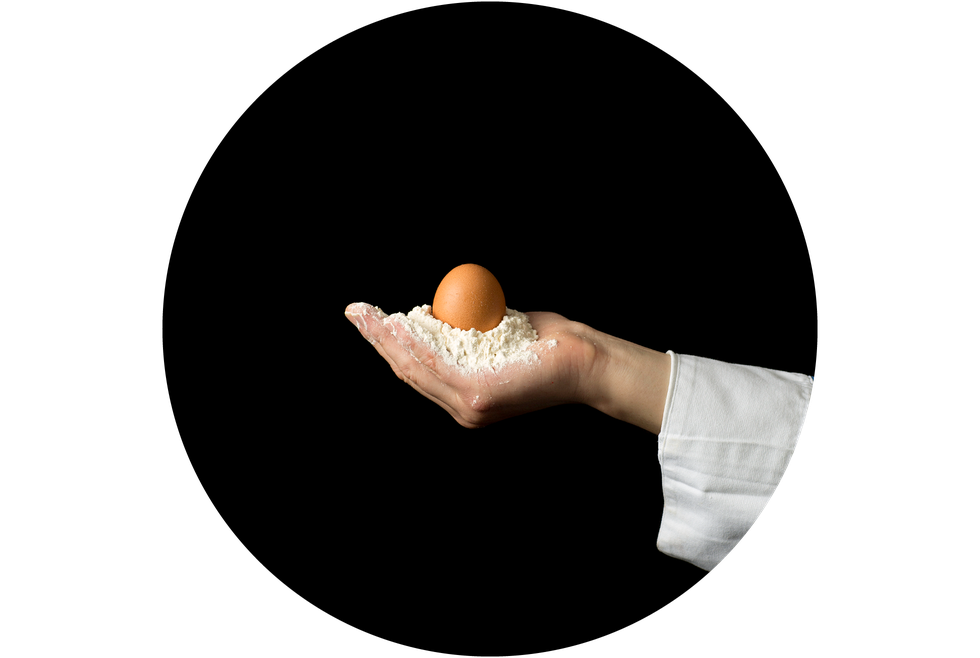 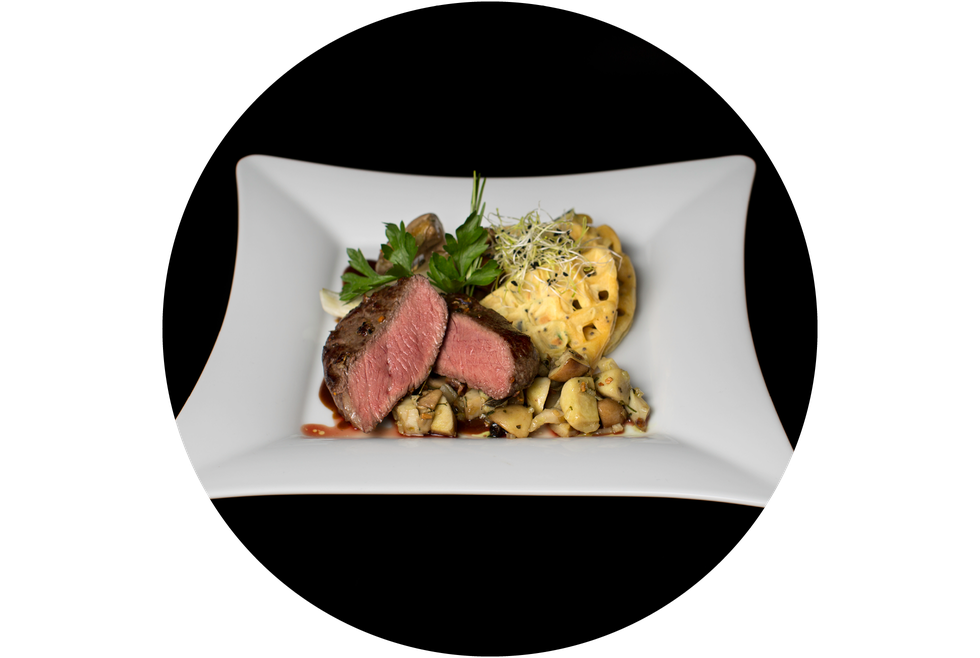 How about the recipes?

„I could just take traditional Bavarian recipes and randomly throw in some Ayurvedic elements, but that wouldn’t do the trick,” Sascha Horst explains. Together with Andreas Hollard he is responsible for all Bayurvedic dishes that make it onto the restaurant’s menu and that are served during the four Yoga retreats offered at Staudacherhof each year. The two chefs put a lot of effort into creating new recipes: “And the biggest mistake would be to stop developing and coming up with new ideas,” he says. When Sascha Horst is working on new recipes, he doesn’t only have the right ratio of tastes in mind, he also focuses on three very important values: freshness, quality and seasonality. “What kind of product can we get in top quality, grown organically and regionally?” That’s one of the questions chef Horst is asking himself every day. Even when it comes to using spices he tries to find regional alternatives to some of the more exotic ingredients, while still adhering to Ayurvedic rules: “When I make our bread dumplings, for example, I always add some nettle and a bit of juniper to reach the same effect as with curcuma.”

For inspiration, Sascha Horst likes to spend time in the mountains. “I just sit down on a bench, have my snack, drink a bottle of water and find my zero-point. There is nothing more beautiful than being in the mountains, listening to cowbells and smelling that taste of fresh grass that keeps lingering on the palate,” he tells us with a big smile on his face. It was on one of those little time-out trips where he came up with the idea of serving pork roast wrapped in hay. “Those ideas don’t hit you at home, lying on the couch,” Sascha Horst says. Apart from his little time-outs he also gets inspiration from talking to his suppliers, asking them about their new products or if they might be able to get him this special cross-breed of cherry and plum he has heard of. It is this constant communication that helps him prevent the state of stagnation he so eagerly tries to avoid. And his approach to cooking is the same as his approach to life: “It’s all about growing and moving forward, challenging yourself and trying to keep up with your own expectations.” His Bayurvedic challenges are a great opportunity to do just that. And Sascha Horst doesn’t only accept those challenges, he enjoys them to the fullest.