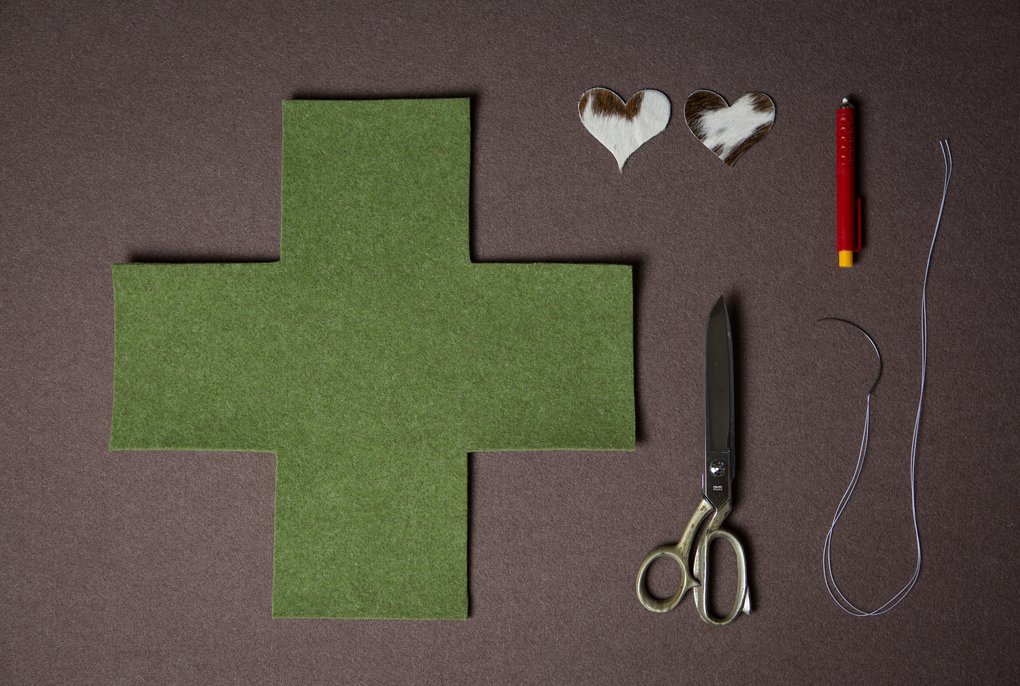 "It's an honour to be part of the "Inser Hoamat" brand, it’s a quality label", says Peter Nagel, head of Garmisch-Partenkirchen's tourist board. The new collective brand for products made locally by locals was founded only a few months ago and offers a wide selection of handcrafted goods: trekking shoes and traditional "Haferlschuhe", pillows made of loden, herbal salt, traditional bread boards, and many other local products. They are all made right here in Garmisch-Partenkirchen, by men and women who love their crafts as much as their hometown.

It is easy to tell that "Inser Hoamat" is near and dear to Peter Nagel. He believes the brand is not so much about making profits, but rather about creating identity: What makes Garmisch-Partenkirchen unique, what is the glue that holds everything together? What is the region's essence, its DNA? What is 'real' in Garmisch-Partenkirchen, and what isn't? "That is why our name includes the word for home, 'Hoamat'. Tourism only works if the people involved believe in what they are doing. Guests only feel welcome when they see you are authentic", he elaborates. "They notice when you try to sell ice to penguins." For the concept of "Inser Hoamat" to work, local small businesses, workshops, and farmers have to be on board – they are the ones who represent the region and produce goods that are bought by tourists and locals.

And they sure are on board!

Interior designer Christine Nöhmeier, owner of "Nöhs Raumausstattung", has been part of "Inser Hoamat" from the start.

She sews fur-coated belts and home accessories made of loden (an alpine type of boiled wool) for the brand. "I love the idea that guests take home something that was made here, something that reflects the local spirit", she says. For 14 years, Christine Nöhmeier has been handcrafting "anything that can be made of fabric, leather, or canvas. The more varied and extraordinary, the better". From installing curtains in local bedrooms, to reupholstering old sofas, to crafting loden pillows for mountain chalets – she does it all, and more. The interior designer enjoys working closely with other small businesses in the region, like carpenters, electricians, painters, or tilers. "We sometimes share a ride to our construction sites", she explains.

"My hometown, my favourite place in the world, it's where I was born and will probably die". Born and bred in Garmisch-Partenkirchen, Christine is a heart-and-soul craftswoman: She would rather forgo economic growth than give up working with her hands. "If you have employees – I had three at one point – you end up spending most of the time at your desk instead of doing the actual work. I love my craft too much for that", she says. She once even sewed American flags for a Quentin Tarantino film, thanks to a friend's recommendation.

Master shoemaker Josef Zollner is also a member of the "Inser Hoamat" collective.

For him, it is a matter of conviction. "It shows you that there are still lots of small businesses that do not exclusively cater to tourists". He measures feet, designs models, and sews on soles – he has been doing this for 25 years, as the third generation of the family business. In times when other shoemakers began specializing in orthopaedic footwear, he was courageous and headed the opposite direction, going back to the roots: "My Grandpa originally produced custom-made shoes. Then he began making shoes for war invalids returning home. And so he was drawn into the orthopaedic business. My parents continued to make orthopaedic shoes, but I changed things up", he elaborates. Now he is known for his Haferlschuhe, traditional alpine work shoes, which he has been crafting for decades. The classic shoes are essential to the traditional Trachten outfit, but also look good worn with jeans.

A few years ago, Josef added a modern trekking shoe to his range. It is "double stitched, and not glued", he proudly explains. This special technique means that the upper leather is sewn to the sole twice. "It's a very time-consuming process", the master shoemaker adds. But the effort is worth it: The lifespan of these shoes is said to increase remarkably.

Even though the "Inser Hoamat" brand is only a few months old, it has garnered lots of attention, both from guests and locals. "The greatest compliment was when people came to us and said A: I want to sell this, B: I want to buy that, and C: I would love to join your collective", Peter Nagel tells us and adds: "I believe "Inser Hoamat" could be expanded to the whole region. But we want things to grow naturally".